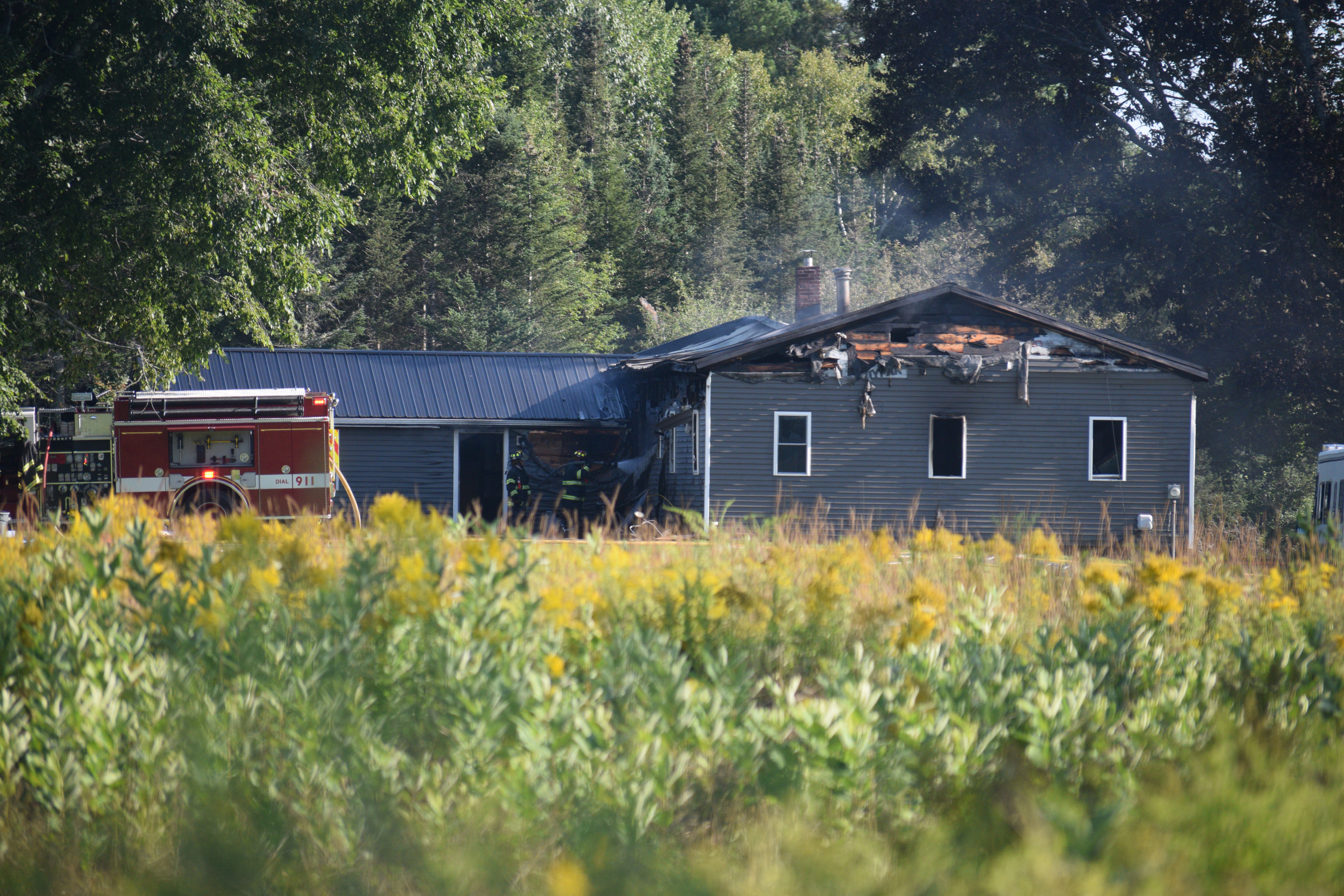 Fire damage is visible on a structure on Feylers Corner Road in Waldoboro the afternoon of Sunday, Aug. 25. (Jessica Clifford photo)

Fire destroyed a house at 515 Feylers Corner Road in Waldoboro the afternoon of Sunday, Aug. 25, displacing a family of four.

Shane and Bonnie Sainio own the house, where they lived with their two children, according to Waldoboro Fire Chief Paul Smeltzer. No one was in the house when the fire started.

The family has insurance, according to Smeltzer.

The Maine State Fire Marshal’s Office deemed the fire accidental. The cause is unknown and remains under investigation, Smeltzer said.

“The outside of the home had vinyl siding and that was all destroyed. Both interior and exterior was a total loss,” Smeltzer said.

The Lincoln County Communications Center dispatched the Waldoboro Fire Department to the home for a report of a possible structure fire at 1:54 p.m.

Firefighters were on scene for several hours, Smeltzer said.

The road was closed in the area of the fire during the response.

The Damariscotta, Friendship, Jefferson, Union, and Warren fire departments were on scene, while the Bremen Fire Department provided water supply by means of a pond near the intersection of Route 1 and Washington Road.