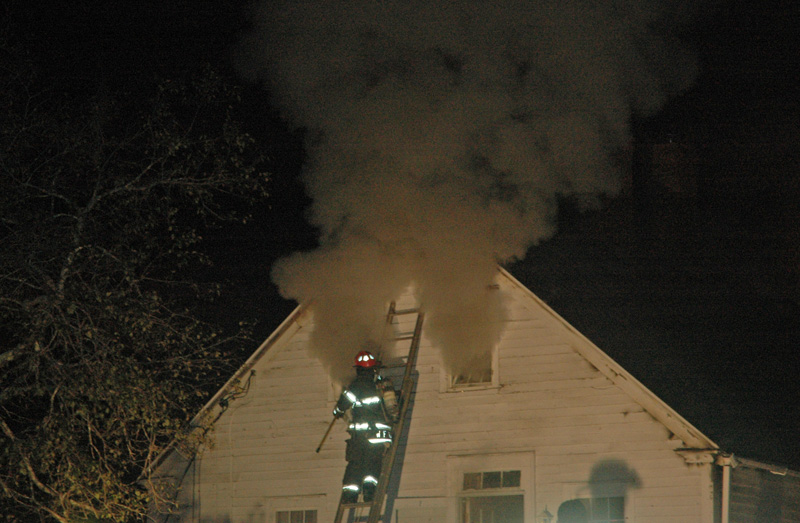 Smoke billows from the windows of a house at 44 Indian Trail in Newcastle on Friday, Oct. 20. (Alexander Violo photo)

Area firefighters worked through the overnight hours late Friday, Oct. 20 and early Saturday, Oct. 21 to extinguish a structure fire at 44 Indian Trail, off the Sheepscot Road in Newcastle.

According to Newcastle Fire Chief Clayton Huntley, no injuries were reported as a result of the fire, but the house sustained significant damage. Due to the nature and extent of the damage, he said he would not be surprised if the building is deemed a total loss.

An investigator with the Maine State Fire Marshal’s Office visited the scene Monday, Oct. 23 and ruled the fire accidental, with “smoking materials” the likely cause, according to Huntley.

One person was inside the building when the fire started and they reported the fire, according to Huntley. The building is insured. It is in probate after the recent death of the owner.

Huntley said that when he arrived, a shed-like structure attached to the residence was fully involved with flames. Crews immediately attempted to prevent the spread of the fire, but flames traveled through the pine beams of the building’s attic to the home. 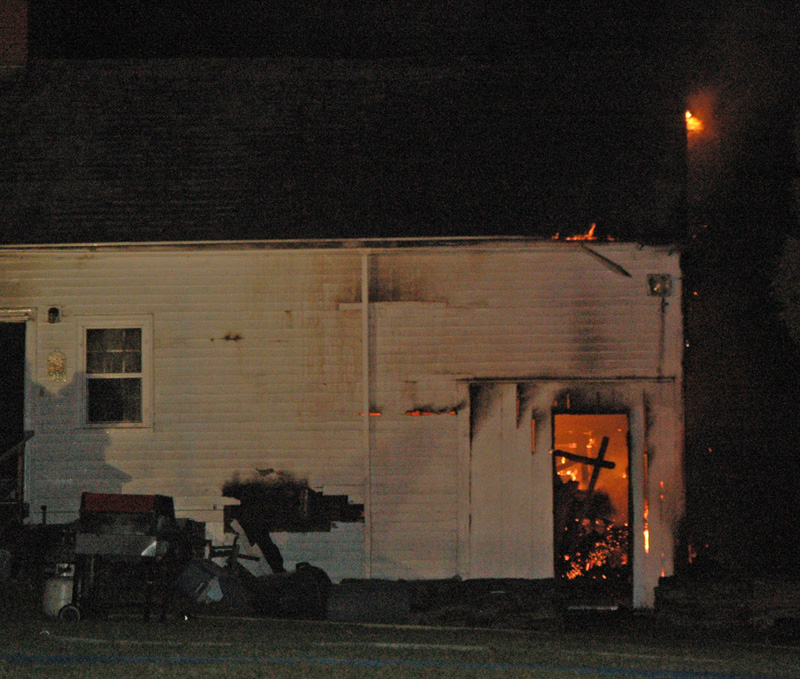 Flames are visible in a shed-like structure attached to the house. The fire started in the shed and spread to the main house. (Alexander Violo photo)

Huntley described the building as a two-story wood structure. The ell of the building dates to the late 18th century, while the main residence was built in the early 19th century.

A tanker shuttle was employed to bring water to the scene, according to Huntley. Fire crews worked through the night to extinguish hot spots in the structure and cleared the scene around 5 a.m. Saturday.