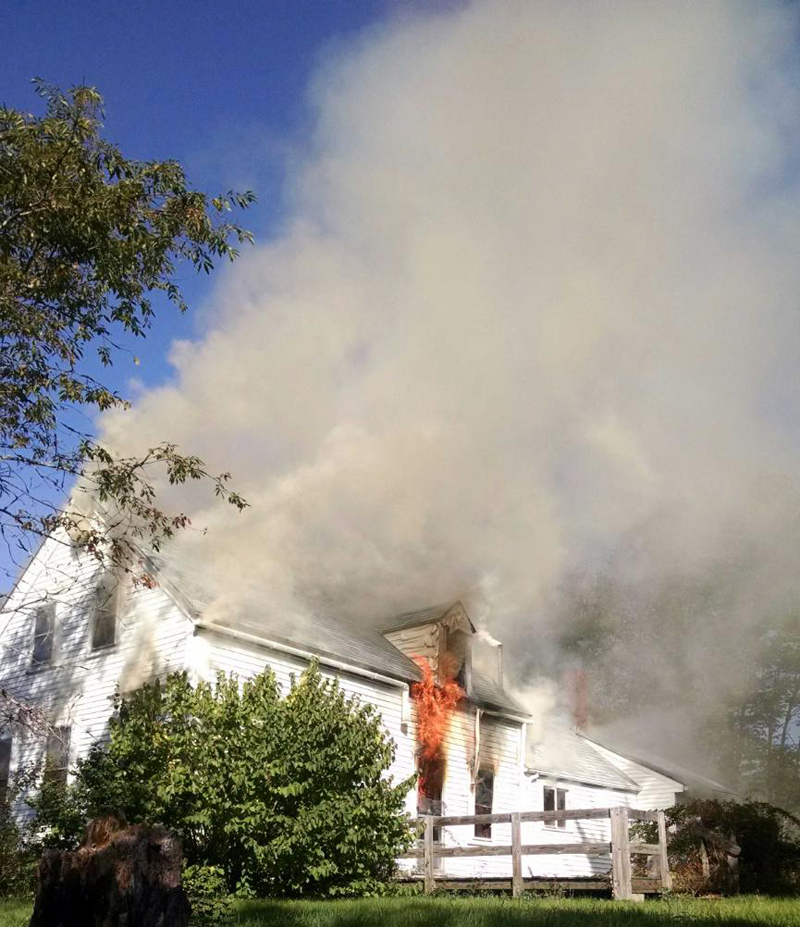 Area firefighters battled a house fire at 7 Redonnett Mill Road in Bristol Mills the morning of Tuesday, Oct. 3. The building is “likely a total loss” due to the damage, according to Bristol Fire Chief Paul Leeman Jr.

Investigators with the Maine State Fire Marshal’s Office visited the scene Tuesday afternoon and concluded the fire was the result of faulty wiring in the building’s walls, Leeman said.

The Lincoln County Communications Center dispatched the Bristol Fire Department for a report of a house fire at 9:55 a.m. When Leeman arrived, flames had broken out of the back side of the building and smoke was pouring out of the windows and the eaves.

Firefighters used a mix of exterior and interior attacks to combat the fire, Leeman said. Due to the weight restriction on Varney Bridge, which carries Redonnett Mill Road over the Pemaquid River, fire trucks were not able to drive up to the house and hoses needed to be run across the bridge.

The fire was in close proximity to the Bristol Mills Dam, allowing firefighters to quickly relay water from the dam to the scene, Leeman said.

The fire completely destroyed the interior of the building.

“Even though we have a roof and four walls, there’s nothing inside. It’s totally destroyed,” Leeman said.

The building was insured. According to Bristol tax documents, Northstar ME LLC owns the building. No one was living in the house or was inside it when the fire started, Leeman said. 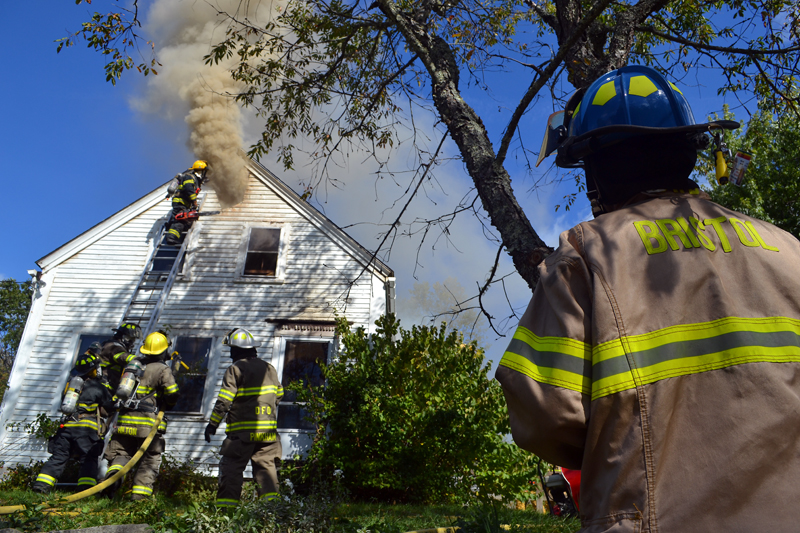 Almost 40 firefighters responded to the scene, the third major fire in Lincoln County in the past month.

“Again, our response for the middle of the day was outstanding,” Leeman said. “We train together and we fight fire together, and we do it very well.”