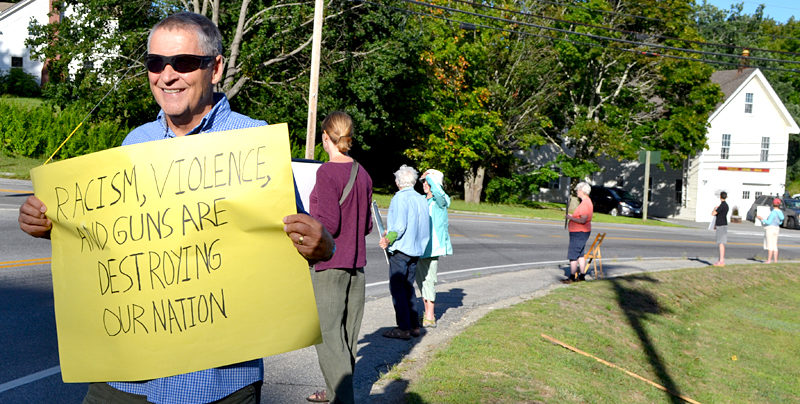 Mark Hamilton, of Walpole, participates in a vigil against racism at Veterans Memorial Park in Newcastle on Monday, Aug. 22. (Maia Zewert photo) 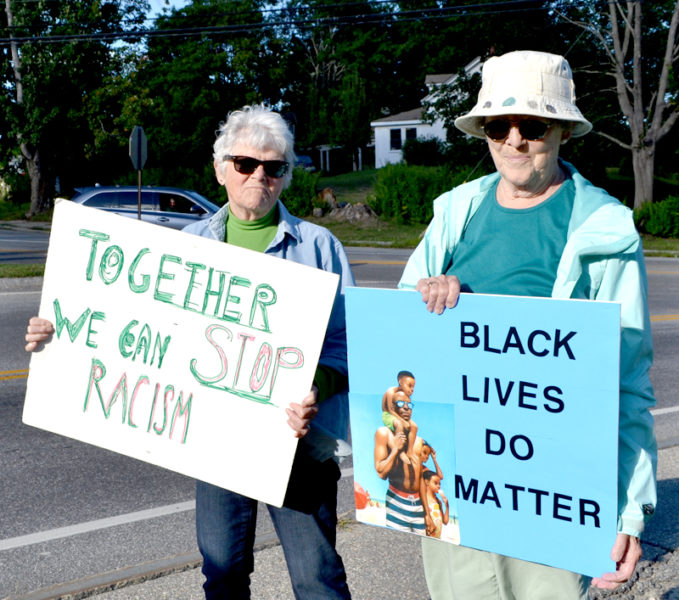 From left: Bobsy Thompson, of Edgecomb, and Suzanne Hedrick, of Nobleboro, participate in a weekly vigil at Veterans Memorial Park in Newcastle to protest racism. “We’re trying to stop it and make people more aware about it,” Thompson said. (Maia Zewert photo)

For the past few weeks, members of two local churches have been holding weekly, hour-long vigils to protest racism at Veterans Memorial Park in Newcastle.

Every Monday from 4:30-5:30 p.m., People United Against Racism, a group that aims to promote racial understanding, has been holding silent vigils at the park.

The group grew out of a series of discussions between members of The Second Congregational Church in Newcastle and the Midcoast Unitarian Universalist Fellowship, which meets in Damariscotta.

“We felt we had to do something,” said the Rev. Erika Hewitt, of Midcoast Unitarian Universalist Fellowship. “We want to be a visible presence in our community, not only expressing intolerance for racism and xenophobia, but also calling for all of us to confront racism in all of its forms.”

Julia Fitz-Randolph, the social justice chair of the Midcoast Unitarian Universalist Fellowship, said the vigils are held in conjunction with Moral Mondays, a movement started in North Carolina by the Rev. William Barber. 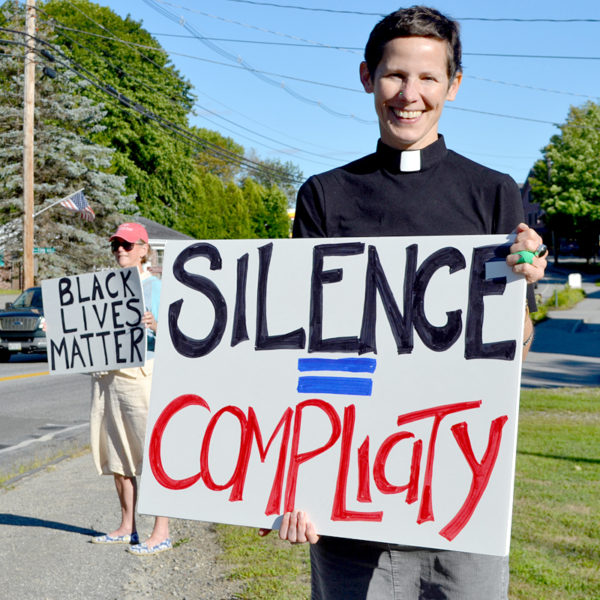 “It’s really a call for a moral revival,” Fitz-Randolph said. “The country is being challenged to speak up and out about these issues.”

The protesters said they have received some mixed reactions from drivers as they pass. Some have shouted at the group, while others have honked, given a thumbs-up, and waved.

“For the most part, there’s been a lot of positive response,” said Mark Hamilton, of Walpole.

Hamilton said the number of protesters usually ranges from six to 12.

“We invite anyone who wants to to join us,” Hewitt said. “Everyone is welcome.”