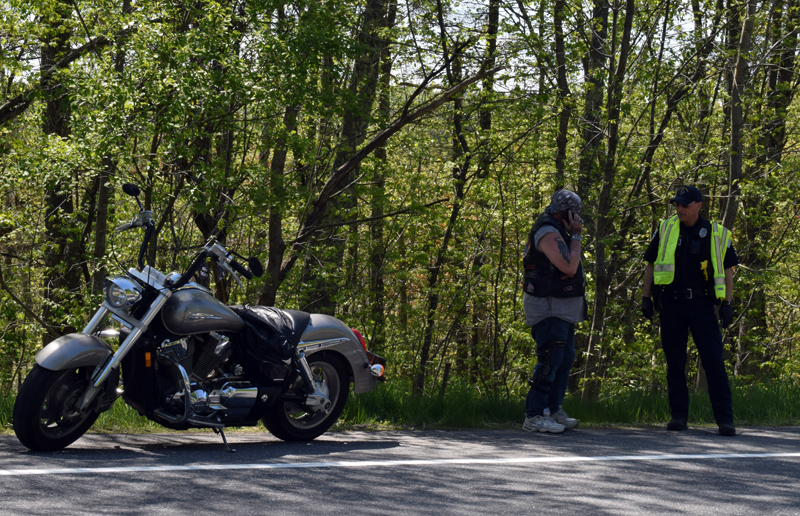 Douglas Humphrey (left) talks with Officer Cory Hubert at the scene of a motorcycle crash on Route 27 in Wiscasset, Wednesday, May 27. Police believe Humphrey’s motorcycle and another motorcycle collided. (Evan Houk photo)

An Auburn man was flown to Central Maine Medical Center in Lewiston after suffering head injuries in a motorcycle crash in Wiscasset on Wednesday, May 27.

Gary St. Hilaire, 56, of Auburn, was driving a red 1996 Harley-Davidson south on Route 27 at the time of the crash, around 2:30 p.m., according to Wiscasset Police Chief Larry Hesseltine. Douglas E. Humphrey, 56, of Lewiston, was driving a silver 2003 Honda motorcycle. Police believe the motorcycles collided. 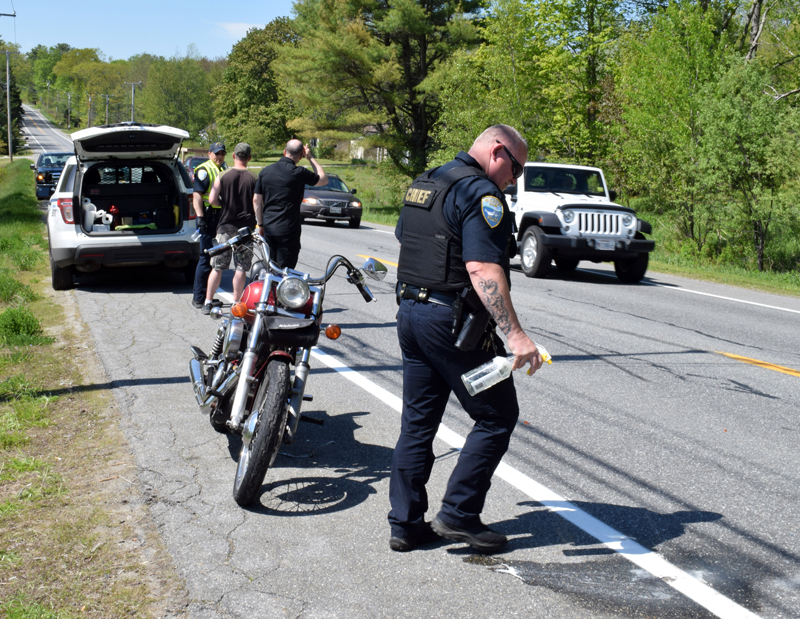 Wiscasset Police Chief Larry Hesseltine cleans up a crash scene on Gardiner Road in Wiscasset, Wednesday, May 27. An Auburn motorcyclist was flown to a Lewiston hospital with head injuries. (Evan Houk photo)

LifeFlight flew St. Hilaire to the Lewiston hospital. The hospital did not respond to requests for an update on his condition.

Police believe St. Hilaire and Humphrey were traveling together. Humphrey was cited for operating without a license. Neither was wearing a helmet, according to police.