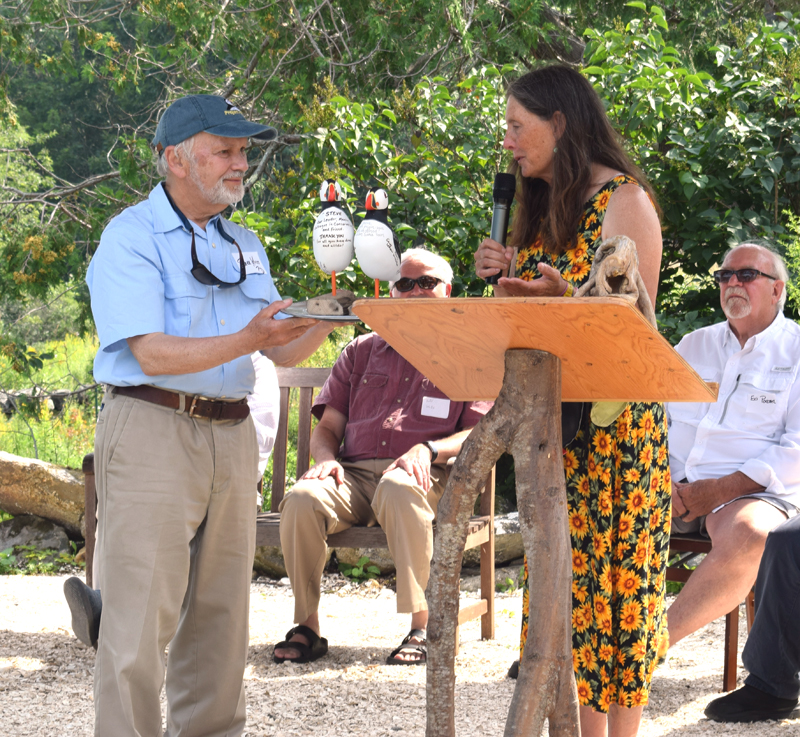 Wooden decoy birds and mirrors were used to entice the species to settle there, a technique that soon began to be used worldwide for other bird restoration projects.

At the Todd Wildlife Sanctuary in Bremen on Saturday, Aug. 7, a garden was dedicated in Kress’ honor.

“Decoys were traditionally used to draw birds into the barrel of a hunter’s gun. Of course, our creative, free-thinking friend, Steve, turned this idea on its head and thought he would use decoys to communicate with birds rather than just trick them,” Schubel said. “Communicate with them so that they’ll understand what habitats are safe places.”

The Steve Kress Native Plant Wildlife Garden is open to visitors at the Todd Wildlife Sanctuary, which is home to Project Puffin and the Hog Island Audubon Camp. 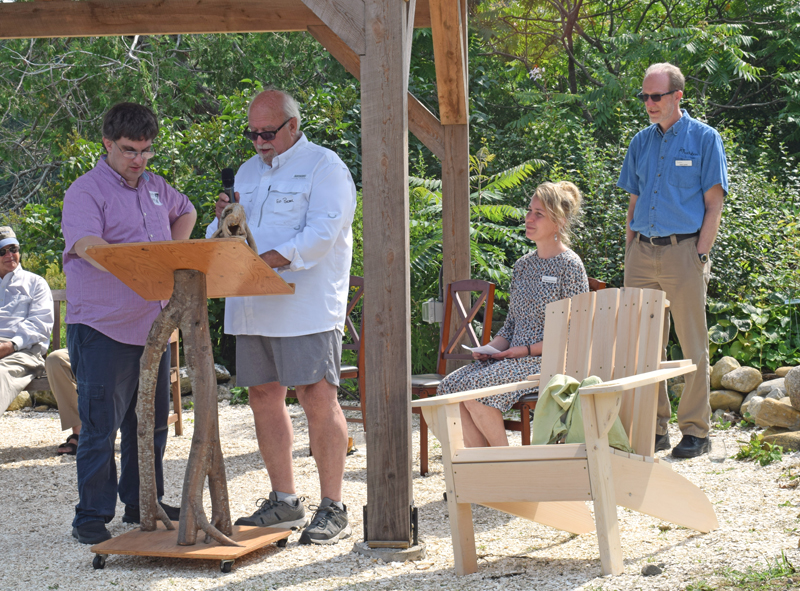 Kress said the garden is an extension of his conservation work and will stand as an instructive tool for aspiring gardeners to attract native birds back into the environment.

“The vision for this garden is that people can create their own islands. Our backyards are already islands and we can influence the plants and animals that live there,” Kress said.

“They can’t restore puffins to an island or to their backyard. But they can restore cardinals, and chickadees, and titmice, if they do the right thing,” Kress said as a cardinal sung out.

“That cardinal right now is echoing that I got it right.”

Kress said preserving bird habitats is more crucial now than ever, particularly with the affects of climate change warming the planet and changing ecosystems. He said that 3 billion birds have been lost in the United States in the last 50 years and 40% of all insects are now in danger of extinction.

A sign that greets visitors to the wildlife garden urges people to plant native plants, avoid herbicides and pesticides, keep cats inside, and put up nest boxes and water for birds. 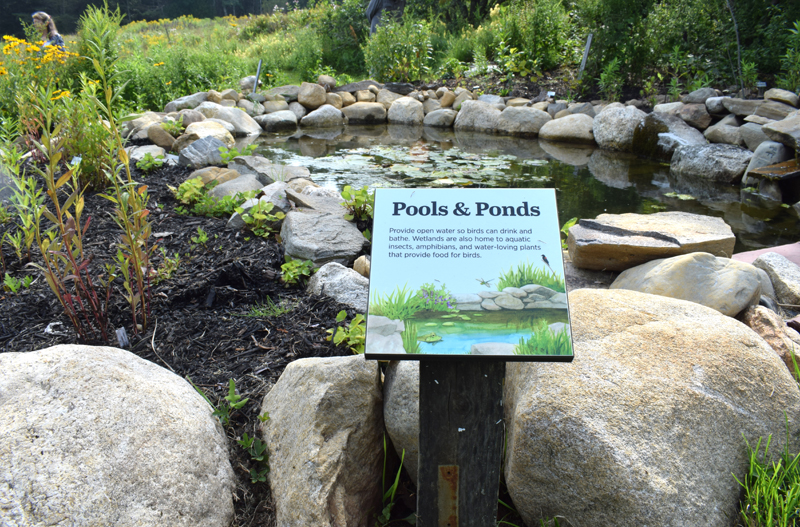 A small pond and a simulated wetland are identified in the Steve Kress Native Plant Wildlife Garden at the Todd Wildlife Sanctuary in Bremen. A garden party was held on Saturday, Aug. 7 to dedicate the garden to Kress, the founder of Project Puffin. (Evan Houk photo)

The different native plants, which Kress helped curate, are tagged and identified as one strolls through the garden.

There is even a small pond and a simulated wetland area for visitors to study.

Eric Snyder, facilities manager at the Todd Wildlife Sanctuary, built a wooden pavilion in front of the garden. Volunteers from Mobius, Inc., built and donated three wooden Adirondack chairs that were also presented on Saturday.

Ed Porter led the efforts in the wood shop at Mobius to build the chairs, along with three Mobius clients.

Tiffany Hunefeldt, managing director of the Seabird Institute, introduced Matt Brough, a Damariscotta resident who works in the wood shop two days a week, and Porter, who presented the chairs to the wildlife sanctuary. 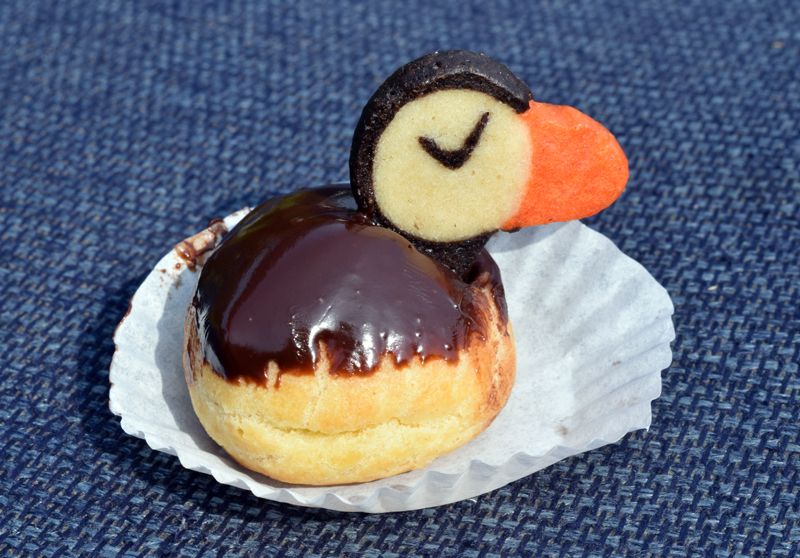 “We build all kinds of things out of the wood and one of our specialties is making Adirondack chairs. It is our pleasure to donate three of these chairs to the Audubon Society for the new garden,” Porter read from Brough’s prepared remarks.

Kress said the idea for the garden came to him in 1975 when he was putting a handful of fish into an underground puffin burrow on Eastern Egg Rock. The Atlantic puffin digs tunnels in soil to build its nests.

“How could this feel so familiar? Then it came to me, that as a kid, my dad was planting potatoes in the backyard in Columbus, Ohio. And we were getting our hands in the soil then. And planting puffins was sort of like planting potatoes when you think about it,” Kress said to laughter.

Prior to Kress speaking, a handful of colleagues took to the lectern under the pavilion and spoke to his efforts, thanked him for his work, and told stories.

The garden party and reception, which was attended by an estimated 75 people and catered by Susan Murphy of Damariscotta’s Cupacity, ended with one final surprise from “Seabird Sue” Schubel. She provided her “famous Cream Puffin” desserts for everyone in attendance.