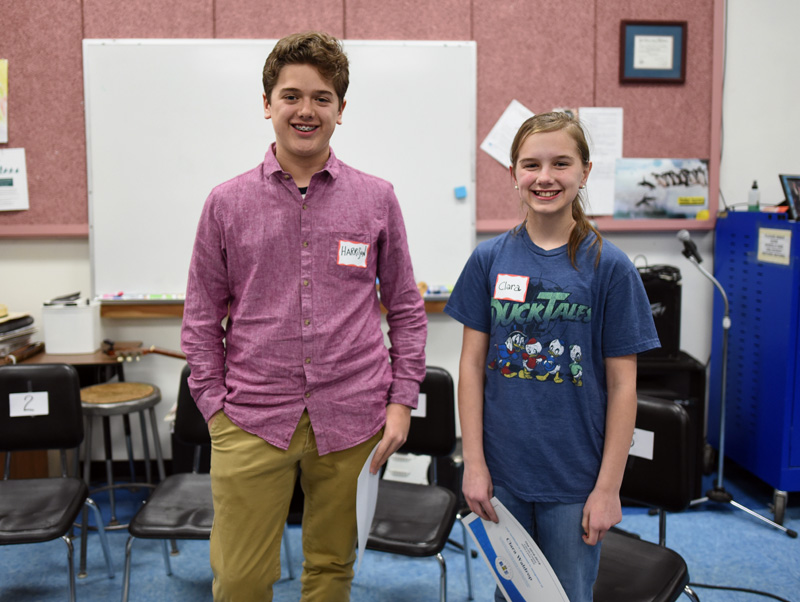 The county bee took place at BCS. It was judged by teachers Kathleen Hogan, of BCS; Nancy Rose, of Edgecomb Eddy School; and Kayla Wright, of SBS. 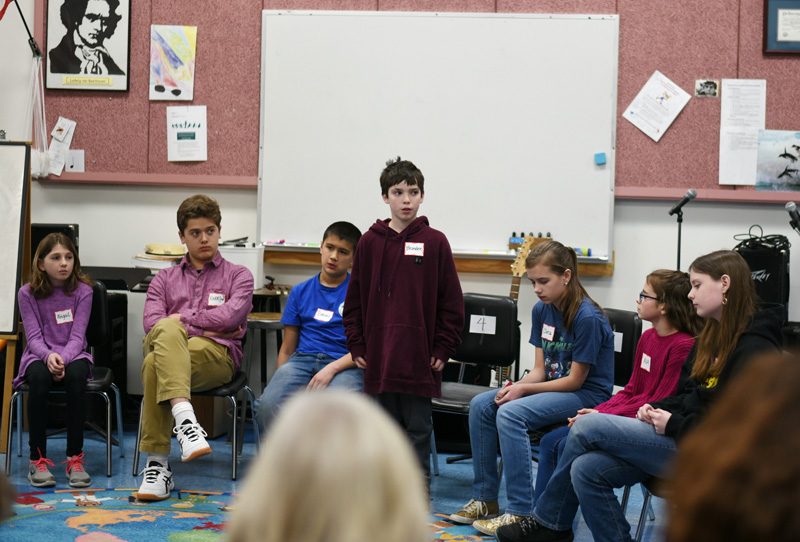 BCS teacher Marilee Harris served as district pronouncer. She would give each word, read its definition, and say it in a sentence before the contestant had to spell it.

The bee began with the word “zero” and continued for 11 rounds. Examples of other words were tofu, polka, shampoo, and harmonica.

From the eighth round on, the competition was between Pierpan and Waldrop.

In the 11th round, Pierpan correctly spelled “hypothesis,” but Waldrop began to say the wrong letter in “spectrum,” and even though she fixed it, it did not count.

Pierpan then correctly spelled “protein,” winning the bee. If he had spelled it incorrectly, Waldrop would have been back in the running for first place. 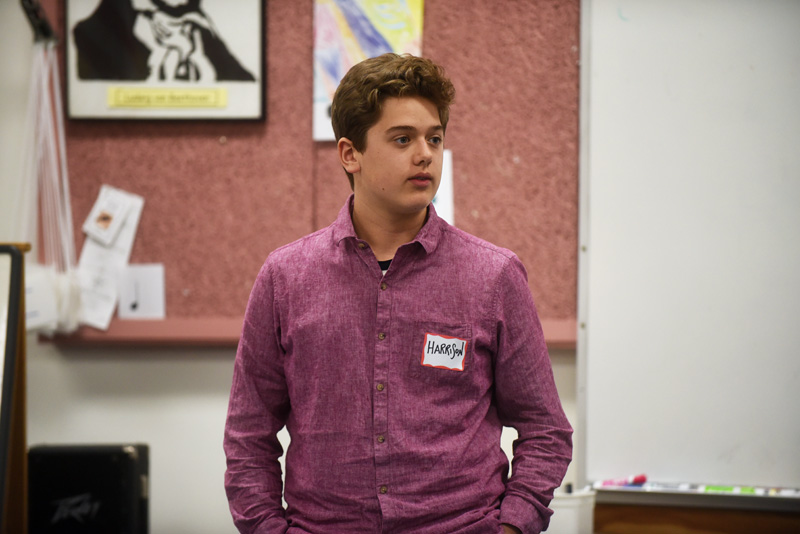 Bristol Consolidated School eighth-grader Harrison Pierpan listens to the definition of a word during the Lincoln County Spelling Bee at BCS on Tuesday, Feb. 12. Pierpan would go on to win the bee. (Jessica Picard photo)

“I was nervous,” Pierpan said after the bee. However, he said he did not have to think too hard for the winning word.

“I actually say that word a lot,” he said. While his last two words may have related to science, he said it is not his favorite subject. “I like English more,” he said.

For Waldrop, the bee was a chance to do something she enjoys.

Each participant was given a certificate. Pierpan qualified for the Maine State Spelling Bee, which will take place at the University of Southern Maine at 2 p.m., Saturday, March 23.