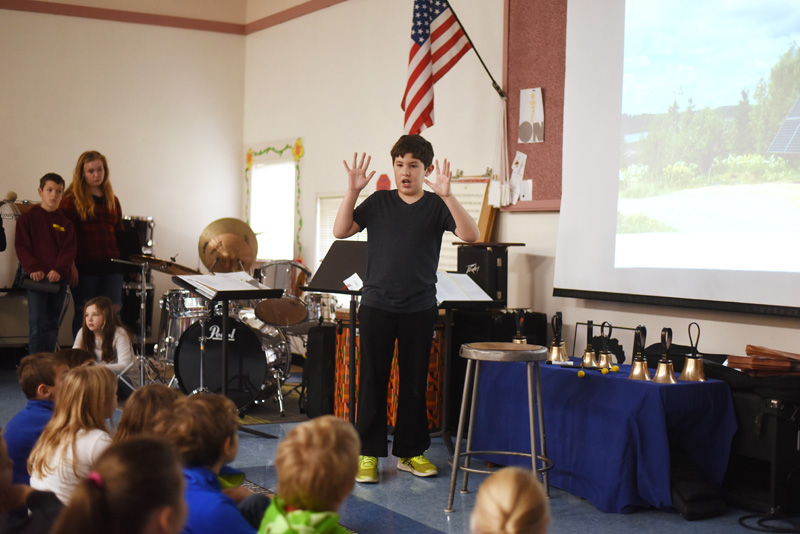 Sixth-graders at Bristol Consolidated School presented what they have learned about solar energy to the school’s younger students Thursday, Nov. 29, a few months after the school had solar panels installed on its roof.

“It was fun to watch the kids,” BCS Principal Jennifer Ribeiro said of the presentation, adding that younger students often pay close attention to what the older kids say. “I think it’s really powerful when the kids present to each other.”

ReVision Energy installed the school’s 266 panels in the spring. They began producing electricity July 24, according to Mondrian Shumate, a sales manager for ReVision Energy at its Liberty branch. 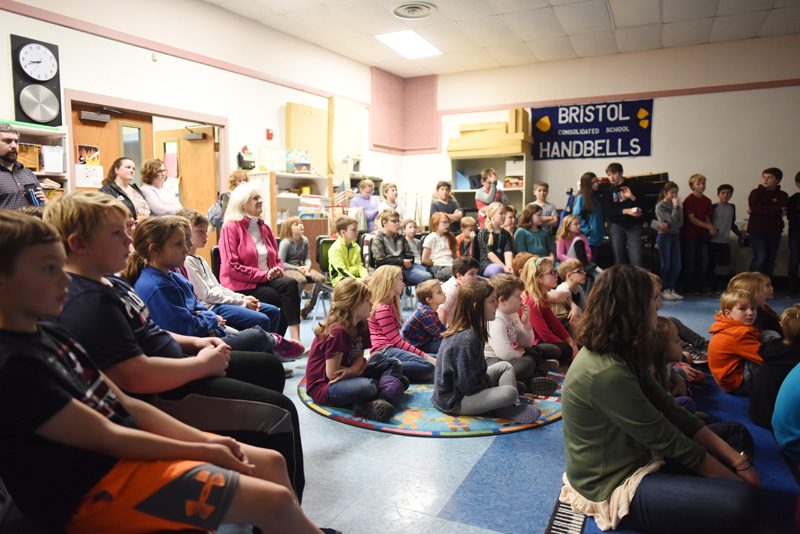 The 305-watt panels are on the school’s southern roof and produce direct-current power, according to Shumate. Six inverters then invert the power into alternate-current power, which the school can use.

The school will have the option to buy the array after six years for around $105,937, or 58 percent of the upfront cost, according to ReVision Energy. 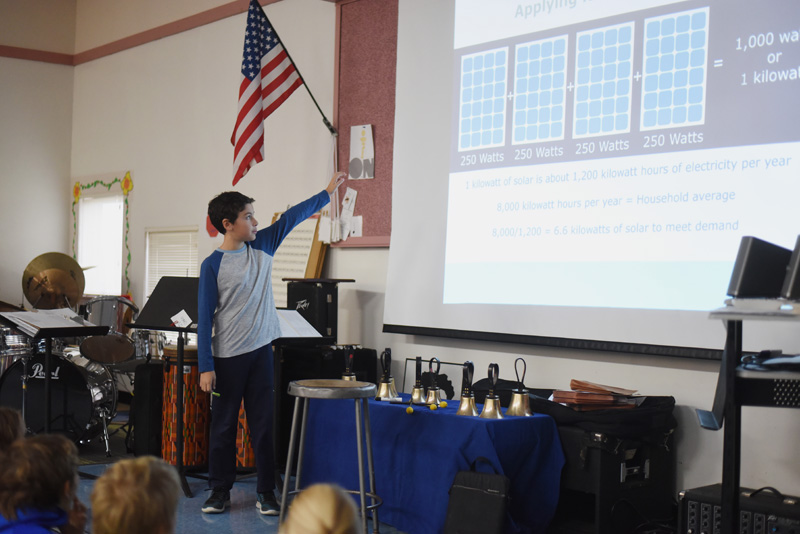 ReVision Energy projects that the arrangement will save the school more than $190,000 on energy costs over the next 40 years.

The sixth-graders presented a slideshow to grades two through five in the music room.

“Hopefully we’re inspiring young kids to be interested in where their energy comes from,” Shumate said.

Shumate gave a similar presentation to some of the school’s science classes earlier this fall, which inspired the idea of having the sixth-graders teach what they learned to the younger students. 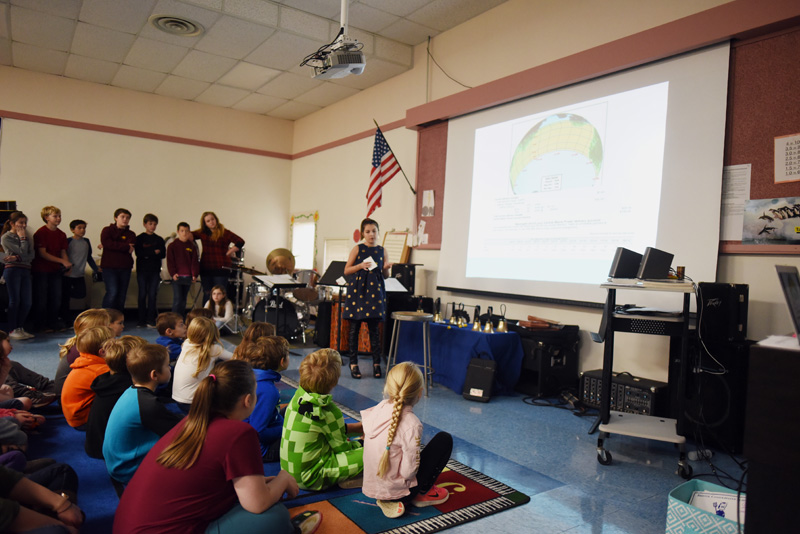 The students gave the presentation to the kindergarten and first-graders Nov. 27.

“It was kind of scary, but it’s really fun to be able to teach other people,” sixth-grader Sophie Yates-Paul, 11, said of presenting.

BCS is attempting to have a schoolwide presentation on a different topic each month, according to science teacher Kevin Crafts, who helped the sixth-graders prepare for the solar presentation.

Students can see how much power the panels are generating each day by looking at a monitor in the front hallway, which also shows the weather and temperature for the day. 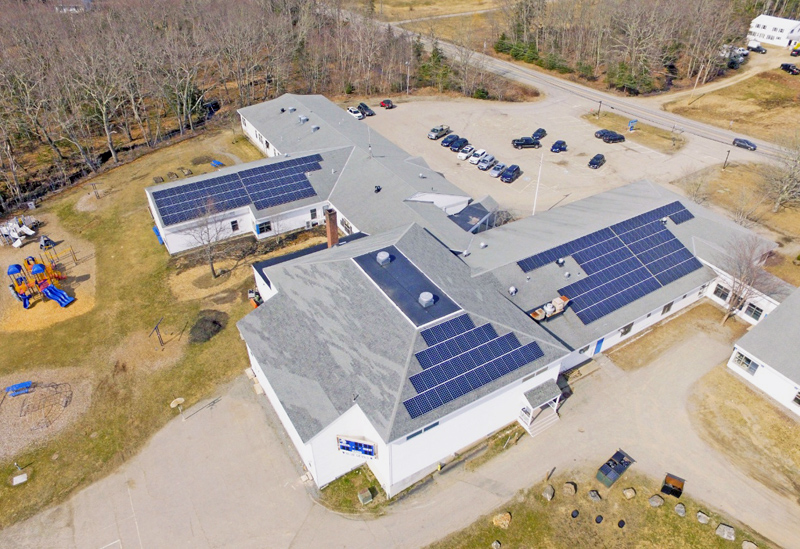 After the students’ presentation, Shumate talked to them about the many careers available in the solar industry.

Shumate said she was glad the sixth-grade class was thinking of the Earth as well.