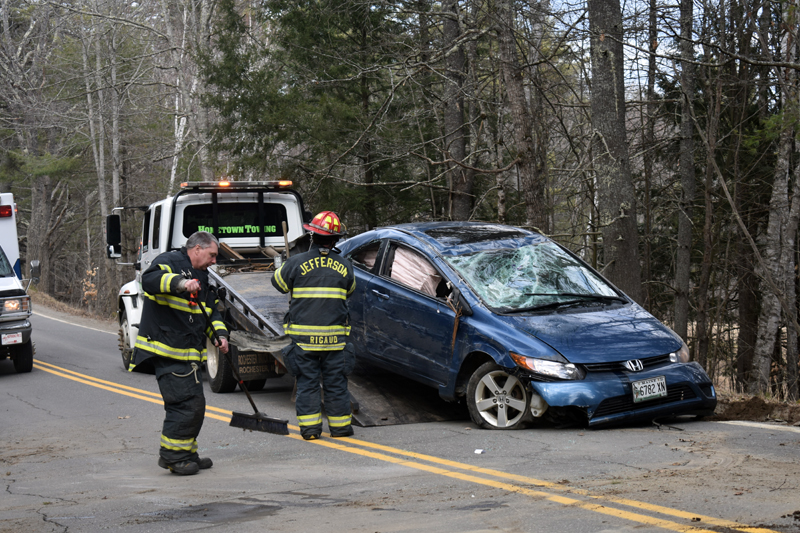 Firefighters sweep debris and help load a vehicle onto a tow truck after a crash on Bunker Hill Road in Jefferson the afternoon of Tuesday, April 7. (Alexander Violo photo)

The driver of a Honda Civic was injured in a single-vehicle rollover on Bunker Hill Road in Jefferson, Tuesday, April 7.

Courtney Burns was taken to LincolnHealth’s Miles Campus in Damariscotta, where she was treated and released, according to police and a spokesperson for the hospital. More information about her injuries was not available.

A male passenger, the only other occupant of the vehicle, was unharmed, according to Lincoln County Sheriff’s Office Detective Sgt. Ronald Rollins. 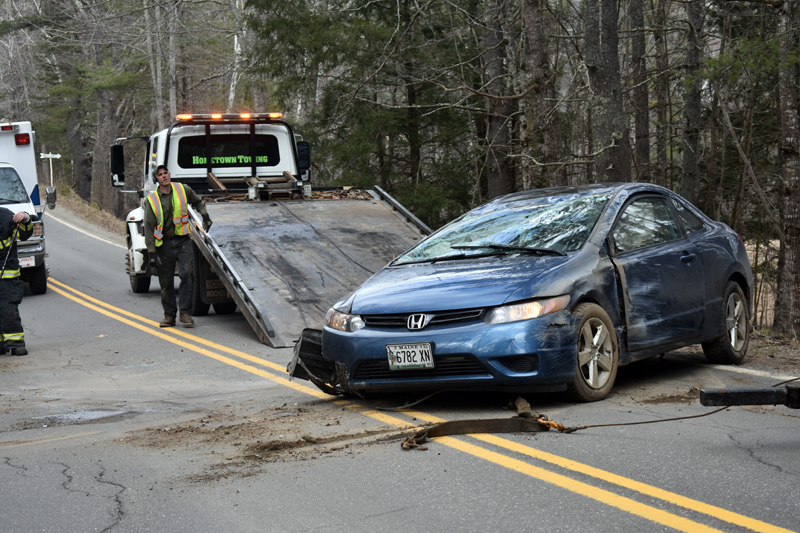 A Honda Civic coupe is removed from Bunker Hill Road in Jefferson after a rollover Tuesday, April 7. The driver suffered unknown injuries, while a passenger was unhurt, according to police. (Alexander Violo photo)

Rollins said driver distraction might have contributed to the rollover, near Neck Road, but the cause is under investigation.

Emergency services closed Bunker Hill Road while they cleared the scene of debris and two tow trucks removed the vehicle.