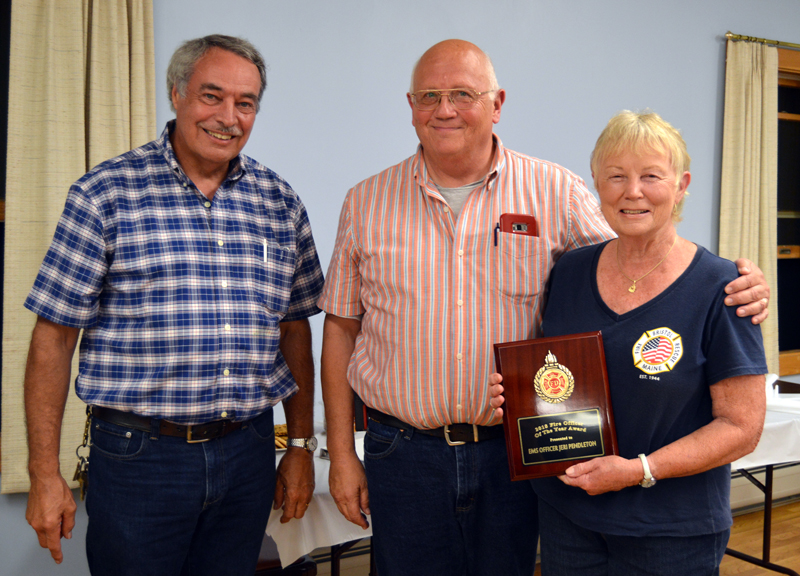 The association presented its Community Merit Award to local companies for their support of the fire service. Awards went to Dead River Co. and to Lincoln County Publishing Co., publisher of The Lincoln County News.

Mooney was chief of the Westport Volunteer Fire Department from 2006 until his resignation in January. The department’s safety officer, Paul Bonyun, accepted the award on Mooney’s behalf, as Mooney could not attend. 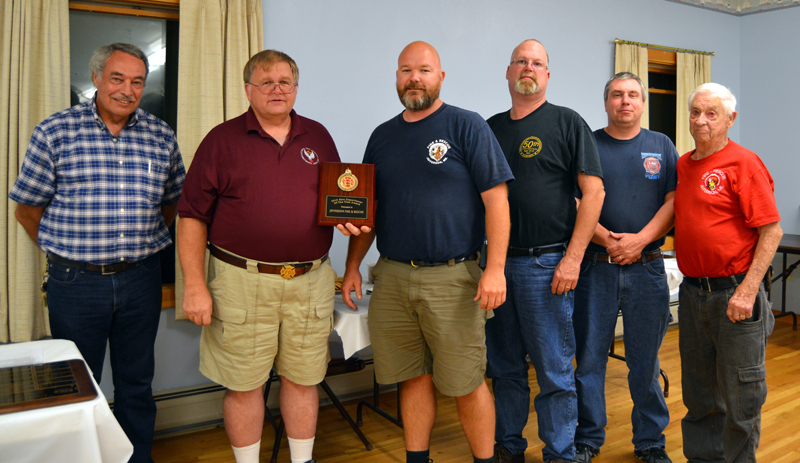 “Jeri Pendleton has led the first responders of Bristol Fire and Rescue since its inception in 1982,” Leeman said in his nomination. “Her service to the fire service actually began when she was a little girl sounding the alarm on the New Harbor station for her dad, Chief Kenneth Sawyer, who led our department for 45 years.”

“No matter the time of day or month of the year, you hear Bristol 10 is en route to the station, where she is ready to help all those in need,” Leeman said. “On the scene of our fire calls, she leads the rehab station to keep her members in good health, and nobody (and I mean nobody), leaves her rehab until she gives the OK that he or she is fit to return to the scene.

“Even at the age of over 39, plus how many years, Jeri goes on more calls than any other person on any department in the county.”

Leeman accepted the Firefighter of the Year Award on behalf of Powell, who could not attend the meeting.

“Not only is Jordan an active member of Bristol Fire and Rescue, but he also serves as an instructor for the Lincoln County Fire Academy,” according to Powell’s nomination. “During the 2018 basic fire school, Jordan was the lead instructor for the firefighter survival portion of the class and he attended almost all of the 16 sessions as an assistant instructor.

“Jordan is always willing to share his knowledge with the students in a caring and compassionate manner.” 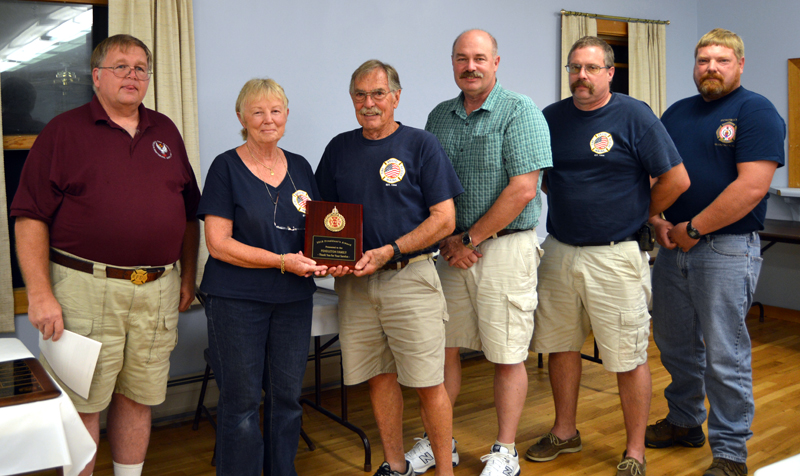 “In the past year, (Jefferson Fire and Rescue) responded to several particularly challenging incidents, including the extrication of the driver of a crashed dump truck in Whitefield, the extrication of a trapped driver of a well-drilling truck in Jefferson, and … the crash of a diesel fuel delivery truck that resulted in the spill of more than 800 gallons of diesel fuel,” Morris said.

The Pendleton family received the President’s Award. In addition to Jeri Pendleton, the family includes her husband, Ron Pendleton, Bristol’s fire chief from 1989-2009 and an active member of the department; and their sons, 1st Assistant Fire Chief Jared Pendleton, Capt. Brad Pendleton, and Scott Pendleton.

“The lifelong dedication to service of the Pendleton family is a shining example of which we should all be proud,” Morris said. Morris is the president of the association. 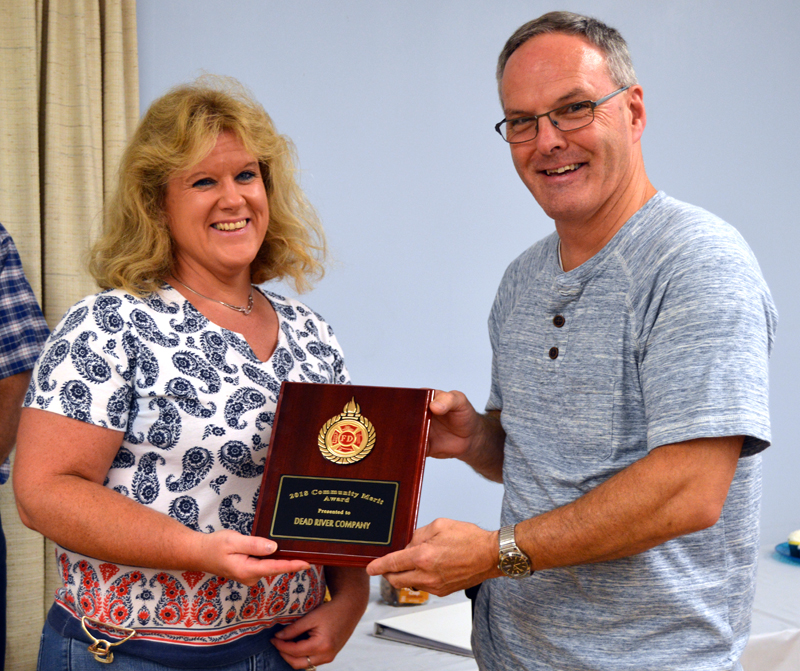 The first recipient of the Community Merit Award, Dead River Co., donated $1,000 in fuel for a raffle to benefit the association and donated transportation of a live fire training trailer for local firefighters.

Dead River Co. employee Leah Cowan accepted the award on behalf of the company. Cowan serves as secretary of the association.

Lincoln County Publishing Co. received the award for The Lincoln County News’ “outstanding coverage of emergency events” and for the newspaper’s publication of monthly reports from local fire departments and “The Hose Line,” an educational column in memory of the late Newcastle 1st Assistant Fire Chief Michael “Newman” Santos, according to the nomination.

The company’s print shop has produced brochures and posters to aid in countywide firefighter recruitment and retention efforts, as well as other materials.

Chris Roberts, publisher of The Lincoln County News, accepted the award with his wife, sports reporter Paula Roberts; his older son and associate publisher, John Roberts; and the editor of the newspaper, J.W. Oliver.

Chris Roberts spoke about the family’s long connection to the fire service.

His father, Sam Roberts, recently received recognition for 65 years of service to The Massasoit Engine Co. in Damariscotta. “My son Allan is a fireman,” Chris Roberts said. “My son John has taken on the awesome role of being fire chief, although I tried to discourage him.”

“I look up here and I see all the volunteer hours everyone puts in and I’m just awestruck with the amount of effort … I couldn’t even add up how many hours you guys represent that you’ve devoted to your towns and devoted to the fire service,” he said.