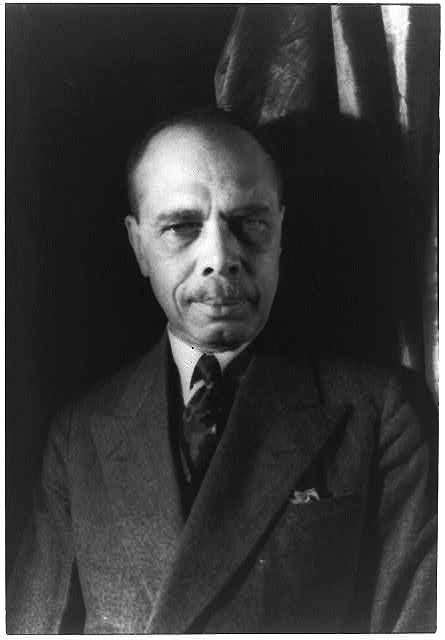 James Weldon Johnson, between 1900 and 1920. Johnson wrote the lyrics to “Lift Every Voice and Sing” before his 1938 death in a Wiscasset accident. (Photo courtesy Library of Congress)

James Weldon Johnson’s legacy lives on through the lyrics he penned in 1899 for “Lift Every Voice and Sing,” often called the Black national anthem, but his life ended tragically on June 26, 1938 in Wiscasset, when his car was struck by an oncoming train.

“Fatal Accident At Wiscasset,” announced a June 30, 1938 headline on the front page of The Lincoln County News.

Johnson, born in 1871, made headlines again on July 2 of this year, when ESPN reported that the NFL plans to play “Lift Every Voice and Sing” before “The Star-Spangled Banner” at the start of each game during the league’s first week of competition, which begins Sept. 10.

The move signals the NFL’s condemnation of racism and support for the Black Lives Matter movement, according to an ESPN report.

More than 80 years earlier, well before his words gained national fame, The Lincoln County News identified Johnson as “one of the most distinguished Negroes in the country” and a “successful educator, poet, author and lawyer.” He was 67 at the time of his death.

Johnson’s career is today dwarfed by the lyrics he wrote, but is well worthy of fame in its own right. Johnson was appointed a U.S. consul, first in Puerto Cabello, Venezuela and then in Corinto, Nicaragua, by President Theodore Roosevelt.

On his return to the U.S., Johnson served as field secretary and then executive secretary of the NAACP. He left the organization to accept professorships at Fisk University in Nashville, Tenn. and then New York University, teaching creative writing.

Throughout his stints as a lawyer, professor, diplomat, and anti-racist activist, Johnson was an avid writer and poet.

“His best known collection is entitled ‘Fifty Years and Other Poems,’” The Lincoln County News reported in 1938. “Johnson also prepared an anthology, ‘A Book of American Negro Poetry’; wrote the English libretto of ‘Goyasecas,’ which was performed by the Metropolitan Opera Company and was also the author of the novel, ‘The Autobiography of an Ex-Colored Man.’”

In February 1988, the U.S. Postal Service honored the elder Johnson by featuring his likeness on its 11th issue of a stamp series honoring historic Black leaders and change-makers, called the Black Heritage Stamp.

The Lincoln County News marked the occasion with an article published on Feb. 11, 1988, which described Johnson as “a man whose accomplishments represent a special balance between the creative and intellectual worlds.”

The fatal crash occurred on Wiscasset’s Main Street, “at the foot of the hill leading to the Wiscasset-Edgecomb bridge across the Sheepscot river,” as The Lincoln County News reported at the time.

Pouring rain created hazardous driving conditions for Johnson’s wife, Grace Nail Johnson, who was behind the wheel at the time of the accident. The couple was returning to their New York City residence after visiting friends at a summer home at Pleasant Point in Thomaston.

“Mrs. Johnson did not sense the danger in time to avoid a crash,” the article reported. “The car was hit a glancing blow and dragged for some distance.”

James Weldon Johnson died almost immediately upon impact, but Grace Nail Johnson survived the accident with severe injuries that kept her in Damariscotta’s Miles Memorial Hospital for months after the accident. She was an activist in her own right and a noted participant in the art scene of the Harlem Renaissance.

More than 80 years after his tragic death, Johnson’s words ring as clear and lyrical as ever: “Lift ev’ry voice and sing,/’Til earth and heaven ring,/Ring with the harmonies of Liberty;/Let our rejoicing rise/High as the list’ning skies,/Let it resound loud as the rolling sea.”

(Correction: an earlier version of this article online and on Page 1 of the July 23, 2020 print edition incorrectly reported that James Weldon Johnson and his wife, Grace Nail Johnson, were returning from visiting friends at Pleasant Point in Thomaston on the day of his passing. They had been visiting their friend E. George Payne at his residence in Isleboro. The Lincoln County News regrets the error.)