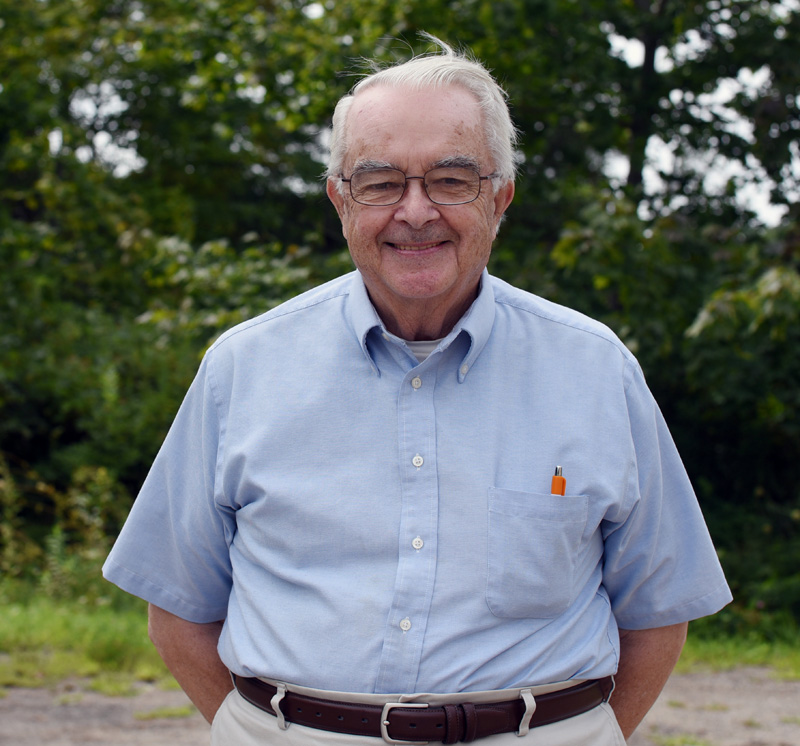 William “Bill” Blodgett, of Waldoboro, is running for his seventh consecutive term as a county commissioner. He has been on the board for 24 years.

Blodgett grew up in Brooksville, in Hancock County, and moved to Waldoboro in 1961. He has been married to Carol for 55 years. The couple has two sons and two daughters.

He has a Master of Education degree from the University of Maine at Orono, and taught high school history and government for 35 years at Waldoboro High School and Medomak Valley High School. He was in the U.S. Army in the 1950s and reached the rank of captain.

Blodgett has held many public offices in the past. He was on the Waldoboro Board of Selectmen from 1981-1995 and the Waldoboro Budget Committee from 1995 until his term ended earlier this year.

He was a state representative from 1975-1981 and a member of the Maine Board of Environmental Protection from 1981-1990. He served on the Lincoln and Sagadahoc Multicounty Jail Authority Board of Directors from its founding in 2003 until 2015.

Blodgett is active in the Waldoboro Lions Club, the Waldoborough Historical Society, and the Waldoboro Food Pantry. He was the recipient of Waldoboro’s Spirit of America Award for outstanding volunteerism in 2016. He is a Eucharistic minister at St. Bernard’s Church in Rockland.

“I enjoy working with the people in the county and in the towns,” Blodgett said.

One program Blodgett said has been especially successful is Lincoln County Outreach, which is run by Bill Ellsworth and provides addiction recovery services.

It began in Two Bridges Regional Jail over 20 years ago as a partnership between the Lincoln County Sheriff’s Office and Mid Coast Hospital’s Addiction Resource Center, and has expanded to Waldoboro, Damariscotta, and Boothbay Harbor, according to Blodgett.

“There’s a drug problem everywhere in this country,” Blodgett said. “It’s here just like it is everywhere else.”

The program, which Blodgett said currently has about 120 participants, has helped people stay sober.

“These things are important for people who have this problem to get beyond it,” he said.

Another service that Blodgett said has benefited towns is the Lincoln County Regional Planning Commission. The commission assists towns with matters such as business development, grant writing, comprehensive plans, and town planning.

“I think that we have been moving pretty smoothly here in Lincoln County,” Blodgett said.

One thing Blodgett said he would like to change is the amount of reimbursement Two Bridges Regional Jail receives for out-of-county inmates. The jail authority has contracts with other counties to take inmates.

“What we receive now helps to pay to keep the jail open, but it’s not what it should be,” Blodgett said. “There should be higher reimbursement to us.”

Blodgett praised diversion programs that allow certain inmates to leave the jail before trial while remaining under supervision, sometimes with a monitor, or ankle bracelet.

“We could have more than double (the number of inmates from Lincoln County) if not for this program,” he said. “If they are out, they are able to go to work.”

Blodgett said his time on multiple boards over the years has helped him as a county commissioner.

“I understand how a town operates,” he said. “I want to continue trying to work with towns to provide these services, or have a partnership.”