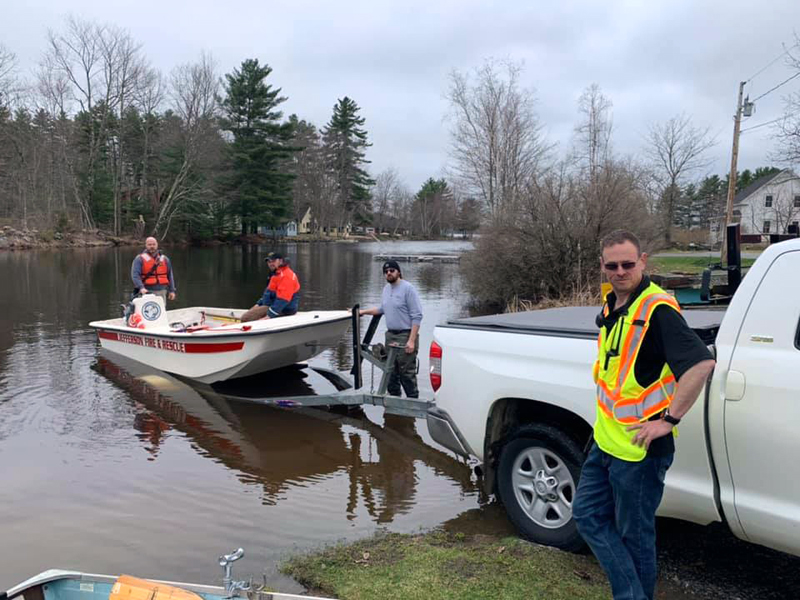 A fishing boat capsized on Damariscotta Lake and another fisherman pulled the 80-year-old occupant from the water the morning of Monday, April 22.

David Drever, of Washington, was taken to LincolnHealth’s Miles Campus in Damariscotta for treatment of hypothermia, then to Maine Medical Center in Portland, where he was listed in satisfactory condition Tuesday.

Drever was fishing in a 14-foot aluminum boat when he shifted his weight to one side of the boat, causing the vessel to list to one side and take on water, according to a press release from Maine Department of Inland Fisheries and Wildlife spokesman Mark Latti. Before he could right the boat, it capsized, tossing him into the water.

He was not wearing a life preserver at the time, “but he was able to put one partially on,” Latti said. “He got one arm through it.”

David Reiss, of Westport Island, heard Drever’s calls for help and discovered him about 20 yards from the capsized boat, according to Latti and to a Facebook post by Jefferson Fire and Rescue. Reiss pulled Drever onto his own boat and called Joe Holland, of Jefferson, to meet him at a private boat landing by Jefferson Market. 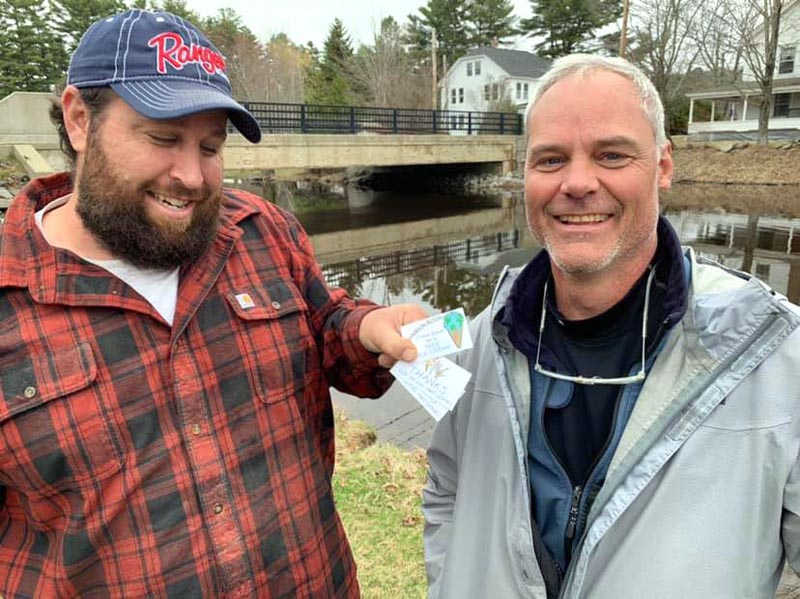 Reiss and Holland “warmed up the exhausted patient until Jefferson units and the Waldoboro medic unit arrived to transport the patient to the hospital,” according to the Facebook post.

Jefferson First Responders met the fishermen at the boat landing and assisted Drever into the back of a rescue vehicle, where they continued to get him dried off and warmed up, according to Jefferson Fire Chief Walter Morris.

Jefferson Fire and Rescue used its rescue boat to recover the capsized fishing boat, which had drifted out into the lake, and bring it back to the landing, where it was placed on its trailer.

According to Morris, Jefferson firefighters and first responders coordinated their recovery efforts with the Maine Warden Service, and a game warden responded to the scene.