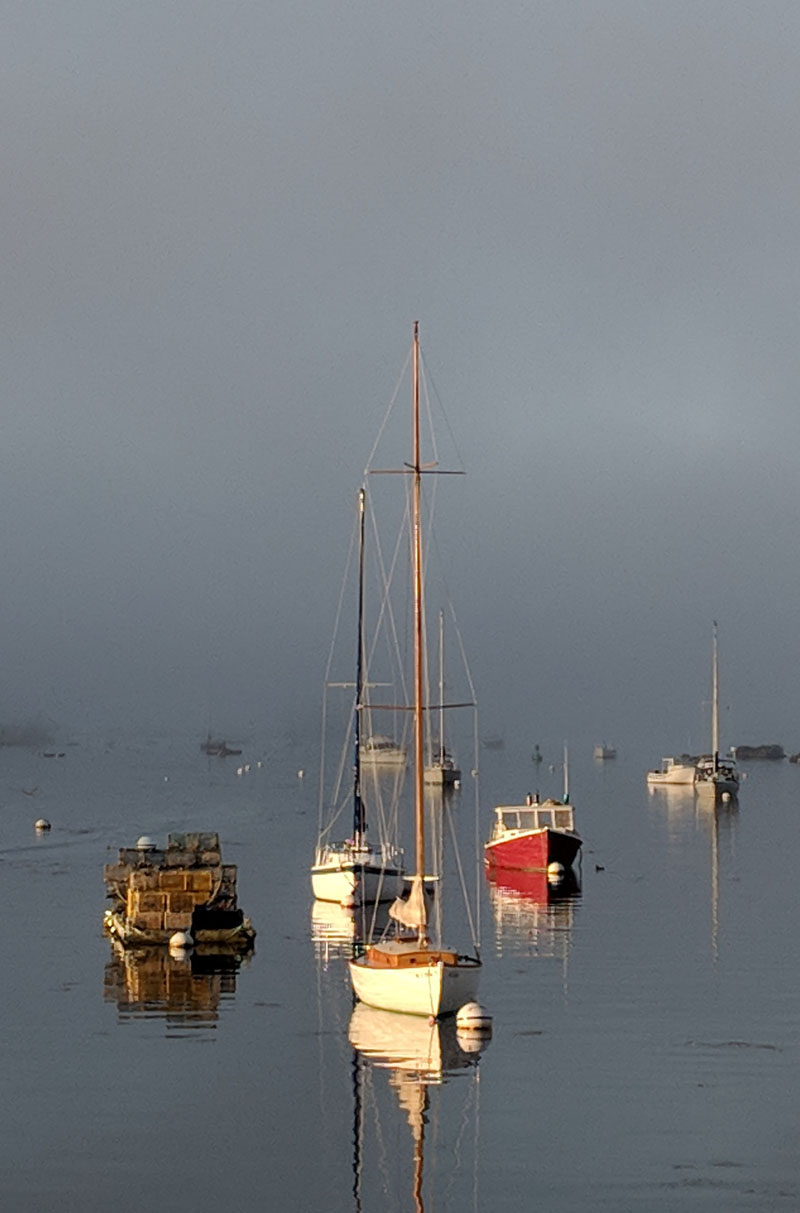 Dick Morrison, of Boothbay Harbor, received the most votes with his photo of boats in the harbor on a foggy day to become the ninth monthly winner of the 2018 #LCNme365 photo contest. Morrison will receive a $50 gift certificate to Mammy’s Bakery courtesy of Farrin Properties, of Damariscotta, the sponsor of the September contest.

A Boothbay Harbor man won the September #LCNme365 photo contest by two votes with his picture of boats in the harbor on a foggy day.

Dick Morrison snapped the photograph with his Google Pixel phone while walking on the footbridge Sept. 14.

“I walk every morning and every once in a while I see some visuals that are stunning,” Morrison said.

Morrison focuses on the spatial relationships and placement of objects in his photos. “It’s all about the composition for me,” said Morrison, who is colorblind. “The colors are irrelevant, really, because I can’t see them anyway.”

“The way the boats lined up and the fog was very appealing, I thought,” Morrison said.

In addition to having his photo featured on the front page of The Lincoln County News, Morrison will receive a $50 gift certificate to Mammy’s Bakery, of Damariscotta, from September’s contest sponsor, Farrin Properties, also of Damariscotta.

As the ninth monthly winner, Morrison cannot win another weekly or monthly contest in 2018, but he can still submit photos for inclusion in the weekly slideshow of entries at lcnme.com.

Morrison’s photo will compete against the other 11 monthly winners at the end of the year as voters select the winner for 2018.

Submissions are now being accepted for the October #LCNme365 contest. The winner will receive a $50 gift certificate to a local business from the monthly sponsor, Coastal Car Wash and Detail Center, of Damariscotta. For full rules and means of entry, go to lcnme.com/photo-contest.