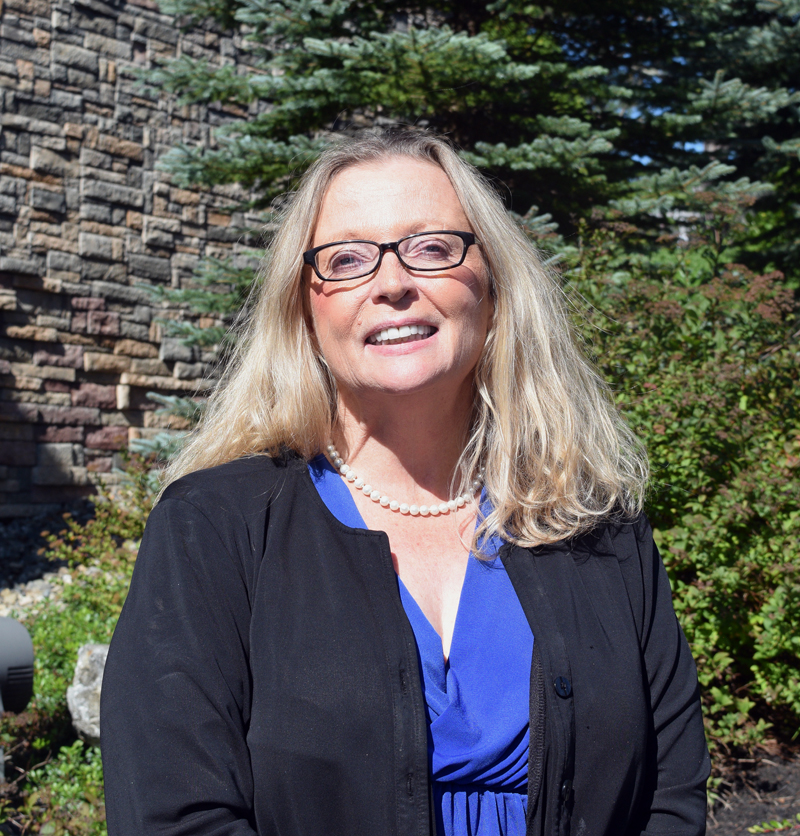 Holly Stover attended Boothbay Region High School and graduated from Nasson College, in Springvale, with a degree in human services and psychology.

She has taken graduate courses at the University of Southern Maine’s Muskie School of Public Service and completed the Senior Executives in State and Local Government program at the Harvard Kennedy School.

Stover works as the part-time executive director of the nonprofit Lincoln County Dental Inc., where she is fundraising and grant-writing with the goal of opening a low-income dental clinic.

She also works as a part-time program director for the Addiction Outreach Program of the nonprofit Boothbay Region Community Resource Council. As program director, she works with the Boothbay Harbor Police Department to address “the needs of people with substance abuse disorders and their families, with a particular focus on opioid addiction,” she said.

Stover wants to expand her work on the opioid crisis to the rest of the state. She supports the “hub-and-spoke” model that originated in Vermont.

The state needs both outpatient and residential treatment options, which should include detox and integrated medication-assisted treatment, she said.

She thinks there needs to be more awareness of the overdose-reversing drug Narcan.

“I have an affinity for people who struggle with (opioid use disorder) because it isn’t simple,” Stover said.

“I have always been humbled to have the privilege to represent children who had no voice to serve them well,” she said.

With a small group of people, she helped to open Shaw House in Bangor, a homeless shelter for youth.

Her family has been in the area for generations and she has a stepdaughter, Kimberly Reed, who she is close with.

Stover views Maine’s issues as connected, including a lack of affordable housing for young families, decent-paying jobs, health care, and focusing on education. “You can’t separate these things,” Stover said.

The state needs to offer more tax incentives for businesses to come and stay in Maine. “We are not the most vibrant state around that,” Stover said.

In addition, Maine needs better access to broadband, so people can have the option to work from their homes.

Stover supports the recent and ongoing increases in the minimum wage.

“Communities rely on people to do the jobs that pay minimum wage and it is part of the local economy and those people need to be able to have housing, food, and gas,” Stover said. “They need everything we all need.”

She said that in order for people to be less reliant on state programs and other forms of financial support, they need to earn fair wages.

“The creation of affordable housing will rely on the development and sustainability of good-paying jobs to support the costs of that housing,” Stover said. “In part, the economic boost may come from the construction jobs that are created to build affordable housing units.”

Stover believes property taxes in the area place an excessive burden on families.

The state needs to provide more funding for schools, so there is less reliance on property taxes to pay for schools, Stover said.

In schools, she said there needs to be more focus on vocational education to provide a more sustainable economy and help with the labor shortage.

In addition, she thinks the Legislature should incentivize education with student loan forgiveness programs.

She is a proponent of universal health care and funding Medicaid expansion in line with a 2017 referendum vote that resulted from a citizen’s initiative.

“To me, I think (citizen’s initiatives are) what democracy stands for – the ability to voice your opinion on how laws are made and dictated in Maine.”

Part of the Legislature’s job is to find a way to fund laws passed by a result of citizen’s initiatives, Stover said.

She mentioned Medicaid expansion as an example, as the state has yet to implement the voter-approved expansion.

“It would be my honor and privilege to serve the people of the district,” Stover said. “I would do my very best to represent all the people here.”