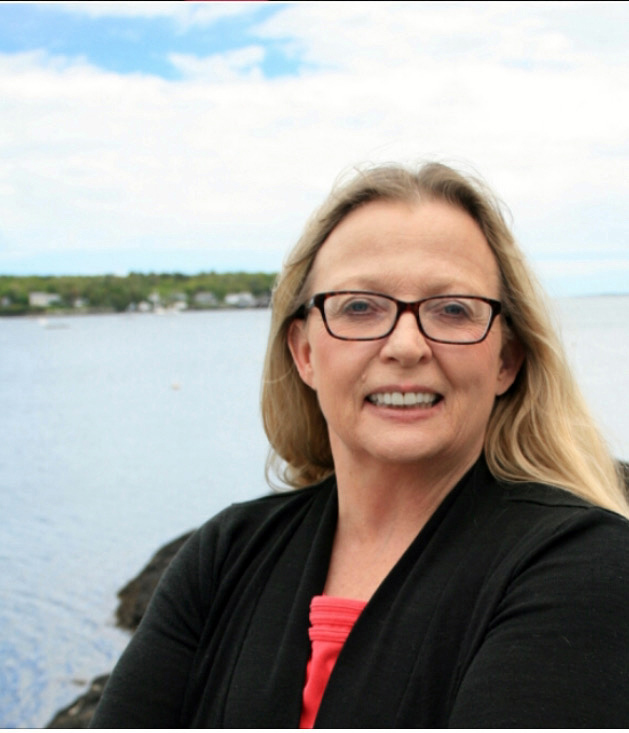 Stover, a Boothbay native, attended Boothbay Region High School and Nasson College in Springvale, then went on to graduate school at the University of Southern Maine. She later completed a state and local government program at Harvard.

Outside of serving in the State Legislature, Stover holds two jobs. She is the executive director of Lincoln County Dental Inc., a nonprofit that will open a low-income dental clinic in Wiscasset this October. She is the program director for an addiction outreach program through the Boothbay Region Community Resource Council.

Stover is no stranger to public service. She spent 23 years working in state government in health and human services, specializing in mental health, domestic violence support services, multicultural affairs, and other areas.

Her compassion for the most vulnerable people motivated her to run for office in 2018, when she defeated two-term state Rep. Stephanie Hawke. Hawke is challenging her this year.

“I felt called to do this,” Stover said. “I didn’t find my passion; it found me.”

Stover’s top priority, should she win reelection, is to support the industries and services impacted by coronavirus-related economic turmoil. Specifically, she wants to ensure that residents have access to health care during times of crisis and she wants to provide relief and support to the self-employed and small businesses, such as those in the lobster industry and the trades.

“They are vital to the success of this community,” she said. “We have an obligation to find ways to support our small businesses, and there are tax-related bills that could provide immediate relief.”

Stover said that in order to prepare for future emergencies, both the state and federal governments need to create, develop, and strengthen public health infrastructure, and to sustain existing infrastructure.

“We saw unintended consequences of a public health emergency,” Stover said. “The economy is intricately intertwined in public health.”

As schools begin to reopen, Stover thinks the state is providing good guidance to school districts, and that allowing each district to define what will work best for its community is the appropriate course of action.

“There needs to be flexibility and schools have contingency plans in place,” said Stover, explaining that conditions might change as the school year progresses.

She supports the state’s mask mandate for public spaces. “When I wear one, I protect you from me, and I want to do everything I can to make sure everybody I come into contact with is safe,” she said.

Among other topical issues, Stover is interested in seeing the state continue to act on climate change by reducing its fossil fuel use and increasing alternative energy use. She said that during her term, the state restored “net metering” to encourage solar producers in the state.

“We need to incentivize businesses in a way that results in a reduction of fossil fuel use,” she said. She added that making alternative energy sources affordable to Mainers is important too.

Regarding police reform, Stover said that in Maine, police officers work as partners with schools and businesses, assuming many roles and responsibilities, and they do a fine job of it.

“I’m not discounting what’s happening in other communities across this country, but on our local level, I don’t see the need for reform,” Stover said. “We have a caring, responsive, community-directed law enforcement here who really look out for the most vulnerable.”

Among the most vulnerable Stover talks about are those with addiction. In the first quarter of 2020, Maine had 127 fatal drug overdoses, a 23% increase from the previous quarter.

“The Legislature has a responsibility to direct resources toward opiate use disorder and overdose reduction,” said Stover, who helped to pass a bill on access to addiction treatment in her first term.

Stover acknowledged that to provide these and other services, the state needs to be fiscally responsible. As the state is predicted to have a $1.4 billion revenue shortfall over the next three years, she said the Legislature will need to make difficult decisions in the years ahead.

“It will require a lot of bipartisan work,” she said. “When we adjourned in March, we left 190 million unobligated, unspent dollars on the table, and we also had set aside money into the ‘rainy-day fund.’” She said getting people back to work will help too, and that people are buying cars and houses, which is good for the state’s economy.

Stover backs efforts to support the creation of affordable housing, whether to rent or to own. “Programs that assist renters, first-time homebuyers, and programs for age, ability, income — these need to be in place,” she said.

Despite the hard work ahead during uncertain times, Stover remains optimistic.

“I’ve been honored, humbled, and appreciative of the opportunity to serve the people of this district and it’s my hope that I continue to do so,” she said.