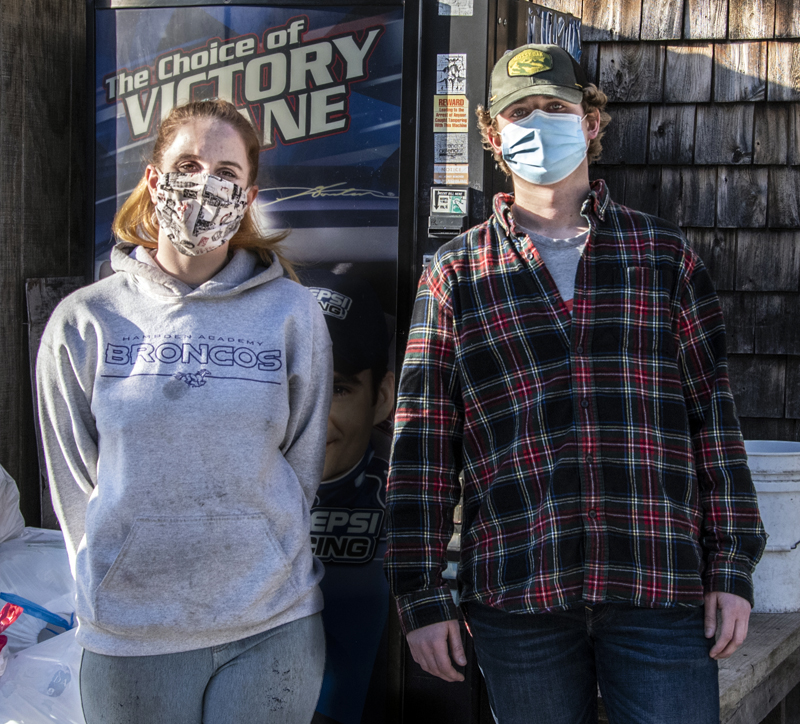 Griffen Bond, right, and Caitlyn Butler pose in front of Jefferson Redemption in Jefferson on Tuesday, Dec. 29. Bond partnered with Butler, the owner of the redemption center, to start a bottle drive to benefit Gage York, a Nobleboro teenager injured in a car crash. (Bisi Cameron Yee photo)

The day after Christmas 16-year-old Griffen Bond started a bottle drive at Jefferson Redemption to help with the recovery and bills of Gage York. 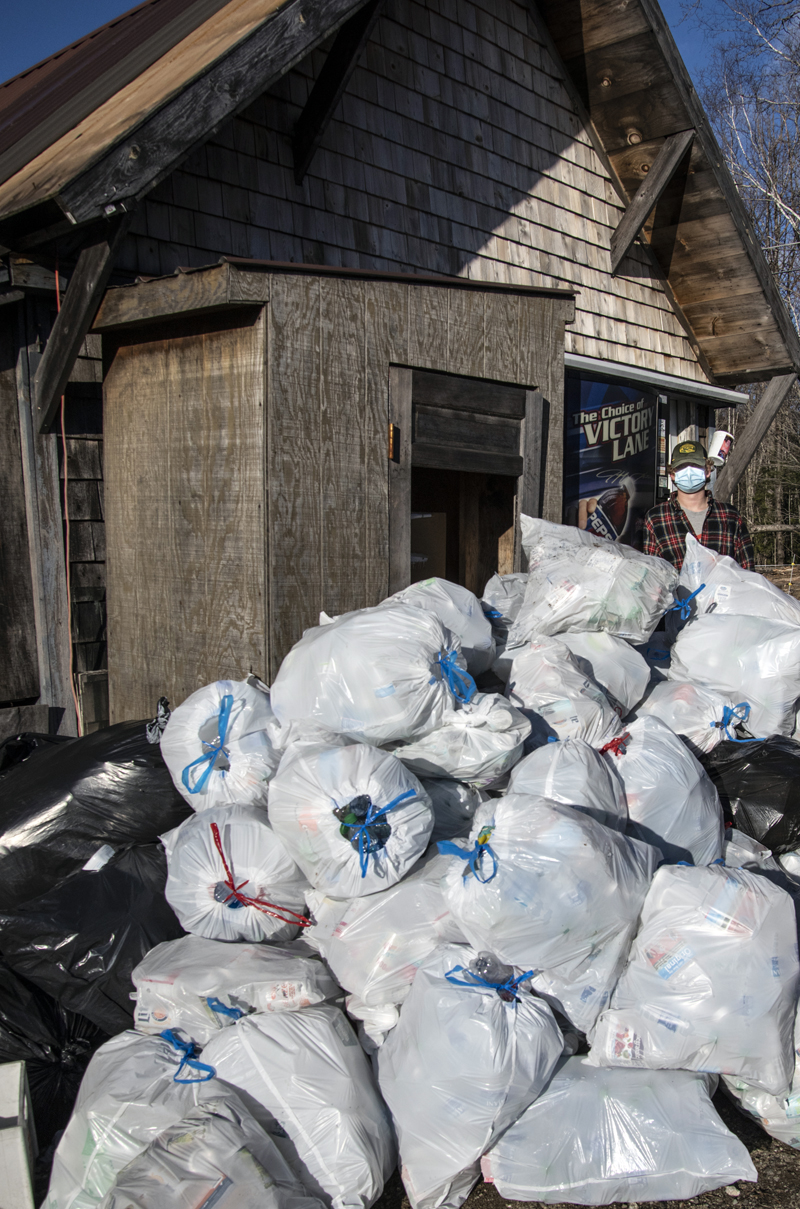 Griffen Bond stands behind one day’s worth of bottles and cans donated to his bottle drive for Gage York in Jefferson on Tuesday, Dec. 29. York was injured in a car crash on Dec. 8 and is still recovering at Maine Medical Center in Portland. (Bisi Cameron Yee photo)

York, a resident of Nobleboro, was injured in a Dec. 8 car crash and remained in critical condition at Maine Medical in Portland for almost two weeks. A spokesperson for the hospital said York is now in fair condition on Dec. 29.

Bond had the idea for the drive just before Christmas while looking at a GoFundMe page set up by York’s family. The fundraising goal was listed as $100,000.00. According to Bond, his father told him that even that much money would not be enough to cover the family’s medical expenses or to help pay for his eventual rehabilitation.

Bond recalled that bottle drives were a common form of raising money in his hometown of Whitefield, and he decided that he could help. “It’s very easy. You just post about it and let the community come together,” he said.

Bond worked with his parents to plan and set up the details of the drive, and on Dec. 26 he posted a message to the Jefferson, Maine Community Board page on Facebook. Bond said he knew it was working when he received messages from people he didn’t know. Soon the post had been shared more than 70 times.

Bond said he is not expecting to raise all the money needed, but he knows that anything helps. He hopes his bottle drive may be able to earn a couple thousand dollars, enough to make a difference.

Bond said he partnered with Jefferson Redemption because it is closer to Nobleboro where York lives and where more people know him.

Caitlyn Butler, the owner of the Jefferson Redemption, said that people could also drop off donations at Damariscotta Redemption and at Corner Redemption Center in Waldoboro.

Bond’s original post said “Just let them know your bottles are for Gage and they will be counted for Gage.”

Bond said he did not know York well. Both were students at Lincoln Academy, but York was a couple of years ahead of Bond. “He was just a very good guy,” said Bond. “He was kind. He didn’t deserve this.”

The Jefferson Redemption Center can be reached at 549-5047. Donations can also be made at the family’s GoFundMe page: tinyurl.com/yajmthl2.