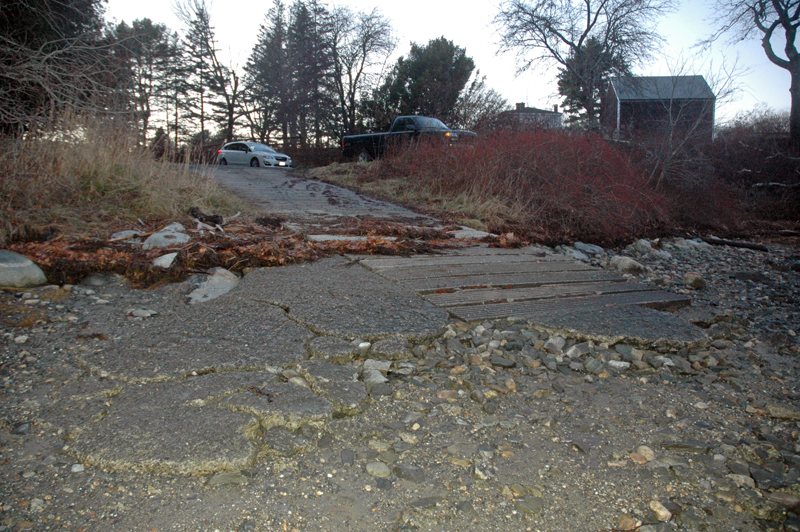 A pair of Bremen shellfish harvesters are expressing concern about the state of the Storer Landing boat ramp and hope to see the town repair the ramp, which provides public access to Broad Cove for clammers, fishermen, and recreational boaters alike.

Bruce Anderson and Todd Anderson said the ramp at the end of Storer Road is in dire need of repairs and they want to see the Bremen Board of Selectmen take action.

Bruce Anderson said the ramp is difficult to navigate, especially in the winter months when ice builds up on and around the ramp. He is concerned about damage to trucks, trailers, and boats due to the condition of the ramp.

The ramp was built in 1999, when access was moved from nearby private property onto town-owned land at the end of Storer Road.

Todd Anderson said the ramp has been deteriorating over the last five years. He said the ramp initially curved down toward the water and over the side of a mill dam, but the bottom portion of the ramp is no longer intact.

Bruce Anderson said the town has paid for a number of projects recently, including work on roads, the town house, and the town office’s parking lot, and he would like to see the selectmen tackle this project, which has a direct impact on residents’ livelihoods.

“At least put it back to what it was in the past. I think if you fill it in with rocks and some concrete, and maybe a little rebar in the cement, (that) would do the job,” Bruce Anderson said. 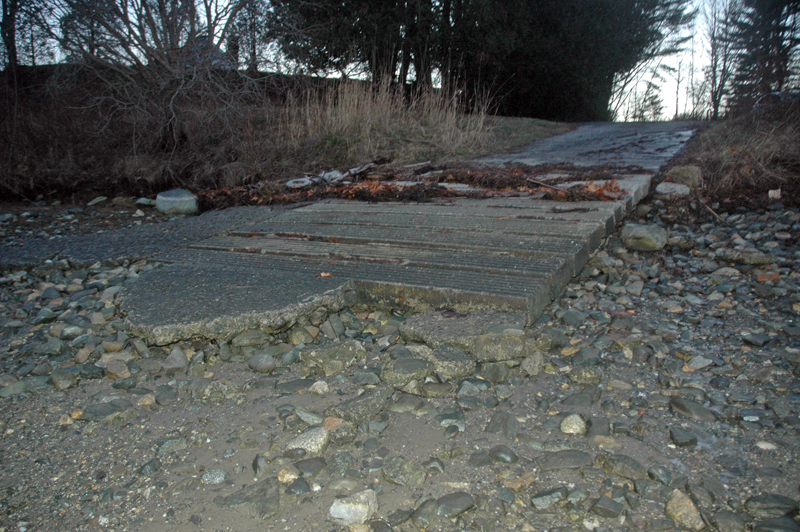 “It’s just one of those things you have to mess with every 10 years or so. It can’t be helped. The thing is in the water and exposed to ice,” he said.

Bruce Anderson said fishermen are not the ramp’s only users.

“It gets used a little bit by everybody,” he said. “It really gets a lot of use in the summer months. It would be great if it could get done. A lot of things around town seem to be getting done, big money projects that don’t pertain to our livelihoods. This would make a difference for us and other people.”

Todd Anderson estimated it would cost $400-$500 for a thin layer of cement and a load of rocks to restore the ramp to its original condition.

Selectman Boe Marsh said the issue has been brought up at selectmen’s meetings as an on-and-off agenda item, and the selectmen are interested in repairing the ramp to benefit commercial and recreational users.

Marsh said he is going to contact American Concrete Industries Inc., of Auburn, about doing remediation work on the ramp. 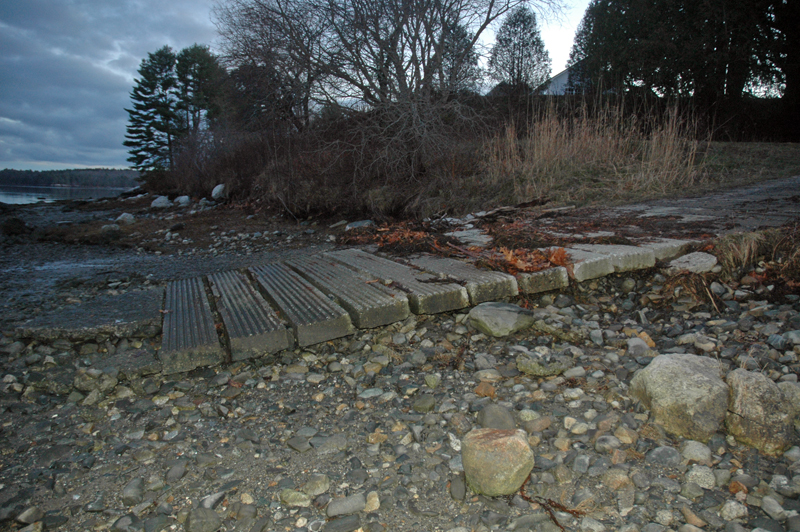 Storer Landing was built in 1999 to provide access to the area around Broad Cove for both recreation and shellfish harvesting. (Alexander Violo photo)

“I want them to come down take a look at it and see if they can make a precast solution to put in,” Marsh said.

Marsh said he recognizes that the ramp is falling apart and hopes work can be done to fix the current issues. He said he believes the project is gathering steam.

“We’re going to get a price and begin a process of replacing it,” Marsh said.

Marsh said the board has not yet determined how to fund the project.

“There’s no way one committee should pay everything. Everybody in the town has the right to use the ramp,” Marsh said.

Board Chair Wendy Pieh said the selectmen decided to have Marsh look into the matter during their meeting Dec. 7.

According to an email from the town office, a meeting between the selectmen and American Concrete will take place at the landing at 9:30 a.m., Wednesday, Dec. 27.