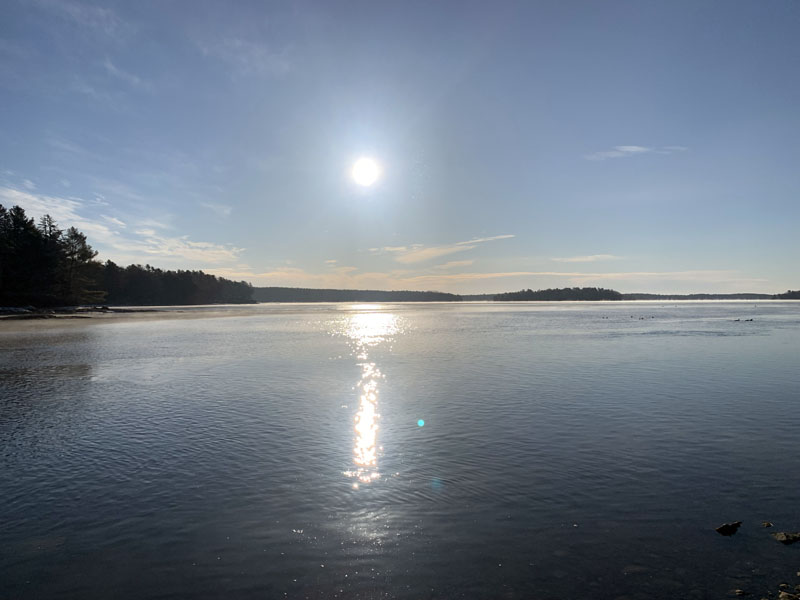 The project: Solving the mystery.

With input from clam harvesters at a Feb. 24 meeting, the Bremen Shellfish Conservation Committee discussed terms for a contract with Midcoast Conservancy to carry out further testing and hopefully identify the precise source or sources of recent bacterial contamination.

The contamination has led to seasonal conditional closures, closing off the digging season from June 30-Nov. 30.

“It’s investing in your families,” said Pieh to the harvesters present, many of whom expressed support for the new collaboration with Midcoast Conservancy.

“We want to speed it up, too. That’s our living, you know?” said Bremen clamdigger Stephen Prior.

The contamination-caused closures have put pressure on harvesters by effectively shutting off harvest during what would be the busiest season.

Marsh, who is also a member of the select board, said that he had been in communication with the Department of Marine Resources – who oversee closures – and has their support on the project.

In December 2021, environmental consulting company FB Environmental submitted its report to the Bremen Shellfish Conservation Committee, which outlined findings from testing using a fecal indicator bacteria enterococci. However, the report was only intended as a first step. 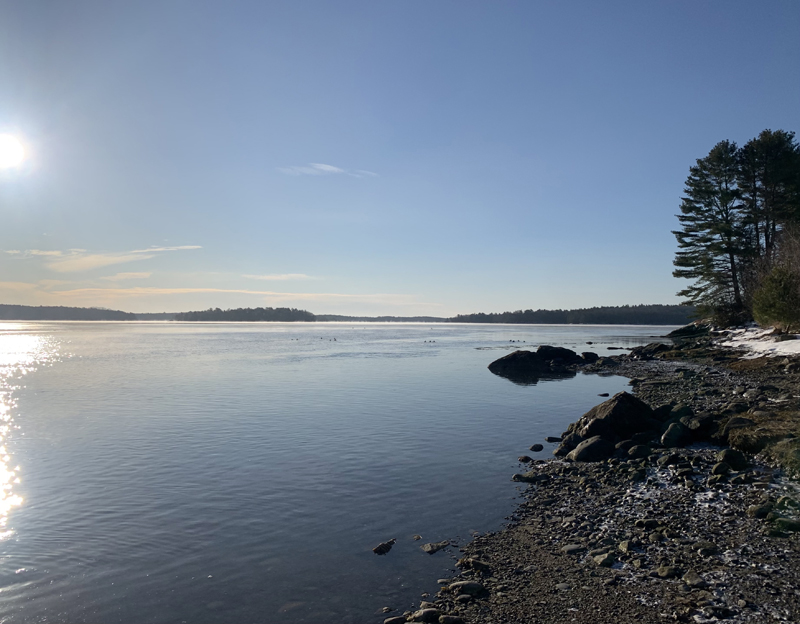 The next step, said Marsh, is to determine exactly where it’s coming from.

Midcoast Conservancy’s investigation will build on the findings from FB Environmental. Using different testing methods, Trumbauer said the effort should be able to better determine the type of bacteria, how much is there, and where it is coming from.

“These samples should be enough to narrow it down,” said Trumbauer.

But Trumbauer estimated there are likely multiple sources, consistent with FB Environmental’s findings.

The Midcoast Conservancy proposal breaks its work down into three tasks: Quantitative bracket sampling, source tracking sampling, and analysis in the form of a final report. They plan to do both “dry” and “wet” testing, which will help determine whether pollution is coming from septic field leaching or runoff, wet testing taking place after rain. 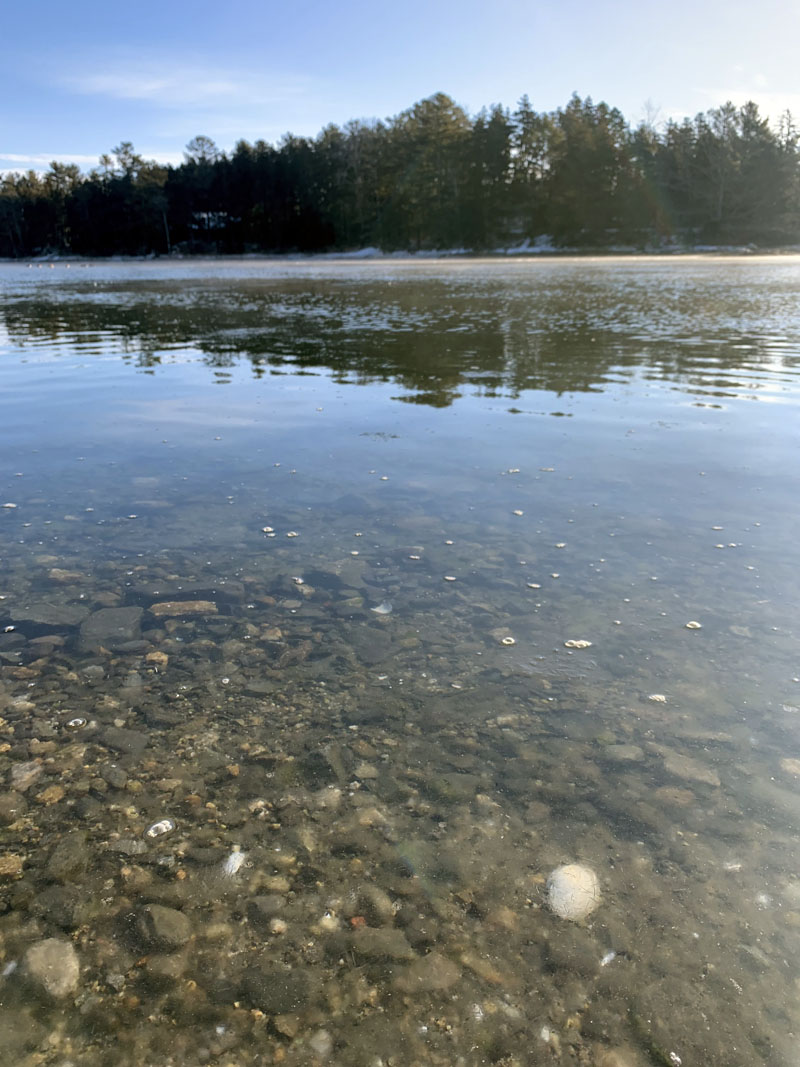 If their contract is finalized, Midcoast Conservancy will start testing water in early April, the latest in an effort by the Bremen Shellfish Conservation Committee to figure out the source of bacterial contamination in Broad Cove. (Anna M. Drzewiecki photo)

The harvesters at the meeting wondered aloud at the cause: Could it be from animals? Agricultural runoff? Seasonal septic use? Newly occupied houses?

But no source has yet been confirmed, committee members emphasized. Plus, regardless of what the source is, “as long as it’s there, we can’t dig clams,” said Marsh.

Prior and other harvesters present offered on-the-ground support with testing if needed. But they also urged committee members to think ahead to remediation.

“It’s not enough to learn about it: We’ve got to fix it,” said Pieh, echoing the harvesters, who are facing other challenges like predators in addition to the extended harvest season closures.

She pointed to the recent effort by Waldoboro Shellfish Conservation Committee to address similar contamination on the Medomak River. Through testing to track the source, they were able “to clean up their flats,” said Pieh.

The committee said they will be proactive right away – but that they can’t fix the contamination until they’ve found it. The focus, for now, is on clearly identifying the sources.

If septic tanks are part of the problem, committee members said they would look for funding for those who can’t afford to fix a leaky or problematic tank. Plus, if this ends up being a land pollution issue, too, then other town officials, homeowners, and code enforcement officers will have to get involved.

Marsh reminded meeting-goers that this is not “neighbor against neighbor,” but did encourage any anecdotal information that could help pinpoint the source.

“Let us know what you think could be a problem,” he said.

The committee hopes that public awareness and a proactive effort from the community will help speed up the process of finding and treating contamination sources.

Trumbauer said Midcoast Conservancy will get started testing as soon as ground thaws, estimating early April. Once the investigation is underway, Trumbauer offered to come to meetings with any new data, providing live-time collaboration.

“Transparency is the key here,” he said.

In 2020, DMR extended the Broad Cove seasonal conditional closure until Nov. 30. Due to the bacterial contamination, the area is anticipated to close again to clam harvest this year starting July 1.

The committee remains in close communication with Midcoast Conservancy regarding the contract, which is still a work-in-progress until selectmen review its terms.

Still, harvesters and committee members – and the latest voice in the conversation, Trumbauer – shared a sense of optimistic determination.

“Once we find the pollution, believe me, we are going to stop it,” said Marsh.