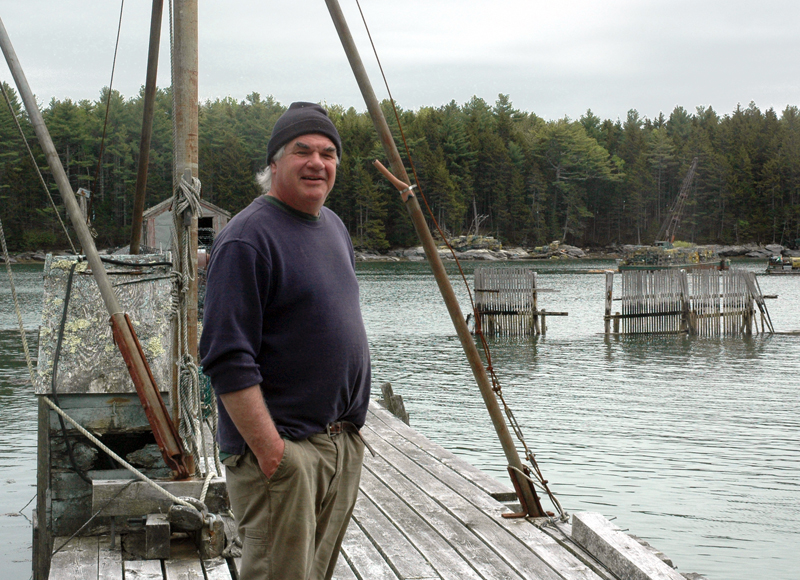 The Bremen Lobster Pound Co-op on Keene Neck has been a fixture of Bremen’s working waterfront for decades. After a merger between the fishermen’s association and Community Shellfish LLC, the co-op’s new owner is looking to keep it that way.

Boe Marsh is a Bremen selectman and owns Community Shellfish LLC, a dealer in lobster, clams, and shrimp. The company buys from harvesters at its processing and distribution center at 656 Waldoboro Road in Bremen and at the co-op.

The co-op will continue in its current role as a base of operations for local lobstermen and other commercial fishermen, and Marsh is reintroducing aquaculture, a field the co-op first experimented with in previous years.

Marsh hopes to repurpose the co-op’s two lobster pounds for aquaculture space, particularly the growth and harvesting of oysters and clams, while keeping the co-op open and available to local lobstermen and commercial fishermen.

According to Marsh, co-ops across Maine have long used lobster pounds – roughly 50 are spread along the state’s coast – to house and nourish lobsters during the height of the crustacean’s season. The co-ops used plentiful groundfish to sustain the lobsters when a seasonal surplus tends to drive prices down, saving the lobsters for a time of year when they are more valuable.

Community Shellfish acquired the co-op on Oct. 17, 2016, via a merger between the LLC, formerly located at the co-op, and the nine members of the local fishermen’s association who owned the co-op.

“I started working with the members of the co-op when I started Community Shellfish, and we are going to continue working together,” Marsh said.

Marsh said Community Shellfish rented space from the co-op when it was founded.

He said about 24 lobster boats make use of the co-op’s docks, hydraulics, and other offloading facilities. General Manager Gary Worthley keeps everything running smoothly at the docks.

“We are going to keep going with all of that. The co-op is a great place with a great past and promising future. We’re absolutely dedicated to keeping this place in the working waterfront for local lobstermen and as a workplace for members of the community,” Marsh said.

He said that regardless of future efforts in aquaculture, the co-op will always welcome lobstermen and other commercial harvesters.

“There are a lot of great fishermen here and in no way will the oysters impede on those lobstering at the co-op. We will keep the lobster and wild-caught seafood the focus of the working waterfront with the added benefits of aquaculture,” Marsh said. 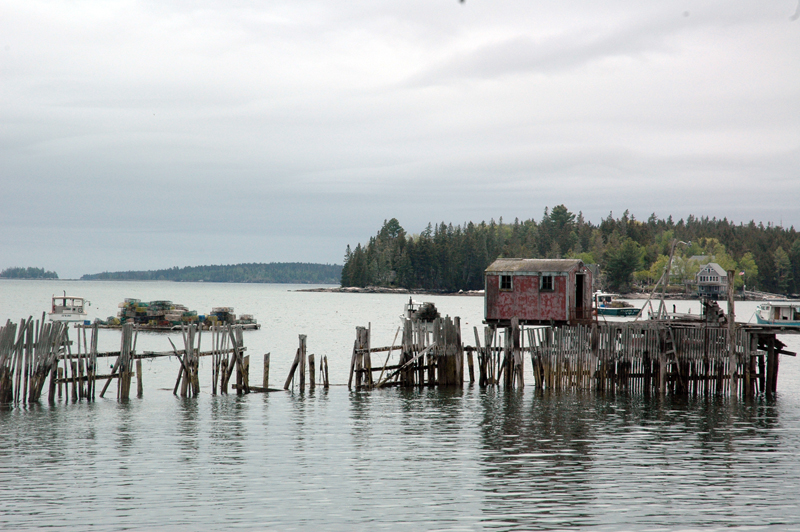 Community Shellfish LLC owner Boe Marsh hopes to repurpose this lobster pound as a space for aquaculture, particularly for the growth and harvesting of oysters and clams. (Alexander Violo photo)

As the co-op dives back into aquaculture, Marsh said he has worked with the Island Institute in Rockland, the Maine Technology Institute in Brunswick, and the Downeast Institute in Beals.

Marsh said the plans are to use the co-op’s pounds to grow both American and European oysters in a floating bag system attached to mooring lines close to the water’s surface.

Marsh said the co-op has obtained a one-year limited-purpose aquaculture lease from the Maine Department of Marine Resources for four 40-by-40-foot plots. The company has an application in to the DMR for an experimental lease, which would cover a three-year lease of 4 acres.

Marsh said clams will also be grown on location, and he hopes to harvest quahogs and razor clams as well.

“These pounds are a big laboratory. I want to spur research and development in aquaculture,” Marsh said.

Marsh said the plan is to refurbish the pounds, taking advantage of the inlet’s nutrition-rich waters, where Muscongus Bay meets the Medomak River, a positive factor for shellfish growth amplified by the area’s tidal surge.

“The oysters here are supercharged. There is a high degree of nutrients and flow in the water. It’s all about flow,” Marsh said.

Marsh said efforts at the co-op would be focused on surface aquaculture to take advantage of the warmer temperatures, which prompt oyster growth.

Marsh estimated  the water in the pounds can get to 68-74 degrees on the surface. 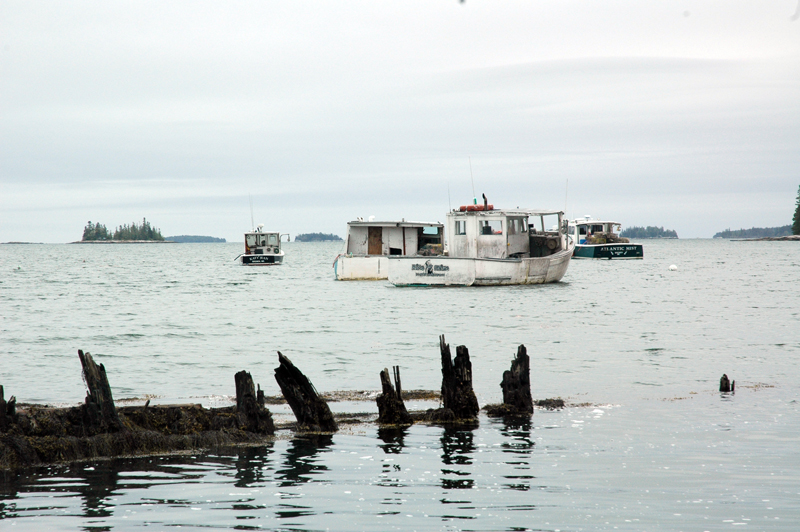 “It’s a big bathtub, a big incubator. The Medomak River is an incredible source of nutrients for shellfish,” Marsh said.

Marsh said he hopes to parlay the foray into aquaculture into an opportunity for local fishermen to have reliable streams of income throughout the year, not just during peak fishing seasons.

“What we are trying to do is take the volatility out of the working waterfront and fishermen’s lives by creating multiple income streams,” Marsh said. “By pairing aquaculture with lobstering, you can give a family a year-round source of income.”

According to Marsh, the co-op got its start in the mid-1930s, when Bernard “Bunny” Zahn, of the Bronx’s Fulton Fish Market, moved to the area, attracted by the region’s lobster industry.

“As soon as lobster boats became fully mechanized, (Zahn) decided lobster was going to be a profitable market,” Marsh said.

Marsh said Zahn’s impact on the co-op is evident today, with many of the original storehouses in place as well as the remains of the Cora Cressey, an obsolete vessel brought to the co-op by Zahn in the late 1930s to be used as a makeshift lobster pound, after the bottom of the boat was blown out with dynamite.

“We’re taking an existing asset and revitalizing it,” Marsh said. “I’m hoping it will be a smashing success.”

True to the co-op’s founding vision, Marsh said the community will be center stage in present and future developments.

“Thirty-four people work for us and the basic idea is to create a high-powered, community-based fishing and aquaculture company with a community-minded vision that improves the reach of local fishermen,” he said.