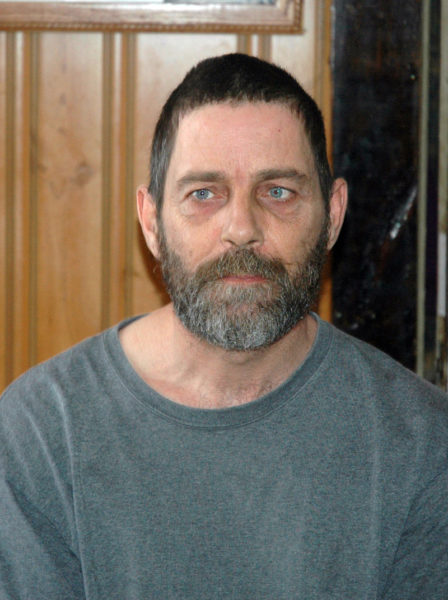 Timothy Collamore, of Bremen, is the fifth member of his family to receive a diagnosis of ALS. Collamore is working to raise awareness of the disease with hope for breakthroughs in research and care. (Alexander Violo photo)

The fifth member of his family to be diagnosed with ALS, a lifelong Bremen resident wants to raise awareness about the chronic condition and increase interest in ALS research and care.

Timothy Collamore was diagnosed with amyotrophic lateral sclerosis – better known as ALS or Lou Gehrig’s disease – on May 9. The disease attacks motor neurons, cells that control the muscles. It weakens muscles and impacts physical function.

Since his diagnosis, Collamore has participated in clinical studies and treatments, traveling as far as the University of Massachusetts Amherst and Lahey Hospital and Medical Center in Burlington, Mass. to do so.

Collamore said he will take part in any trial and try any medication or therapy in an effort to help researchers gain a better understanding of his condition and help future generations tackle ALS.

“The way I look at it, you have two to five years of living. You don’t have much time,” Collamore said. “Instead of me getting depressed, I’m on the phone with whoever will talk to me, just trying to try. With ALS, your body goes but you still have your mind.”

The cause of ALS is unknown. Though there is no cure for ALS, medication and therapy can slow the disease’s progress and reduce discomfort.

Collamore said he had to go through a number of referrals and tests before being diagnosed. His main symptom was muscle-twitching, and his family history tipped him and his doctors off that he likely had ALS.

Collamore said a doctor told him ALS would have been the last thing he was tested for if not for his family history.

Collamore said that in 1986, when his uncle was diagnosed with ALS, a Dr. Robert Brown on the UMass faculty was working on ALS research.

“I was watching television at home one day, saw some breaking news about ALS, and UMass comes up, so I called and started talking to a nurse at UMass. I got set up to go down there and it turns out Dr. Brown is still working there now,” Collamore said.

Collamore said he underwent a blood test at UMass with the hope that if doctors can pin the cause down, it will help his family members in the future.

Collamore said he would like to see an ALS clinic in Maine, as it would have great benefits for ALS patients and those seeking testing for the disease.

He said he had to take tests at multiple hospitals, a long and frustrating process, before receiving his diagnosis.

Collamore said he had no health insurance at the time of his diagnosis and has had to fight to receive Social Security Disability Insurance to help cover his medical bills, a process started in June that is ongoing.

Collamore also had to wait three months to receive a wheelchair.

“It shouldn’t take that much time,” he said. “I’m not greedy. I’d take a used wheelchair.”

Collamore said one of his biggest frustrations with ALS is the multitude of different opinions about the condition.

“It’s not well understood. One person says one thing and another person says something else,” Collamore said.

He said that if awareness could be raised and the disease became more visible, with more coverage in the media, it would help spur interest in further research and hopefully more discoveries regarding ALS.

Collamore referenced the Ice Bucket Challenge, which swept social and traditional media while raising $230 million, as a good example of creating awareness about ALS.

However, he said he wished the momentum harnessed by the challenge had been carried forward to another initiative and that some of the money raised had gone toward care, in addition to research.

“The money goes to research and I agreed with that, but it should go to people’s needs too,” Collamore said.

There are roughly 20,000 ALS cases per year in the U.S., and while the disease doesn’t impact as many people as other chronic conditions, Collamore said it impacts people and families across the nation and around the world.

“It should be in newspapers more. It should be on television more. Then I think you would see more fundraisers. You’d see more people wanting to give more and also more people feeling good about helping out,” Collamore said.

According to the ALS Association, the disease was discovered by French neurologist Jean-Martin Charcot, in the nineteenth century but did not gain international prominence until hall of fame first baseman Lou Gehrig brought attention to the disease in the late 1930s.

Though it has been known about for decades, Collamore said when he tells people about his condition, many are unfamiliar with ALS.

“When you tell people you have ALS, a lot of people don’t know what it is. If more people knew about it, I think more people would want to do something to help out,” he said.

Collamore said he has been attending a social group on the second Friday of every month at MaineGeneral Medical Center in Augusta for ALS patients and their families. The group provides an opportunity to share knowledge and experiences.

“I think going to the meetings has been a positive experience. I found out about an ALS place in Scarborough I didn’t know about before I started attending,” Collamore said.

The former shellfish harvester said he doesn’t believe a cure for ALS will be found in his time, but he is holding out hope that down the road, with more research, more visibility, and more understanding, there could be hope for future generations.

“That’s what keeps me going – the slight little hope. It’s a real hard disease. Every day is different,” Collamore said.