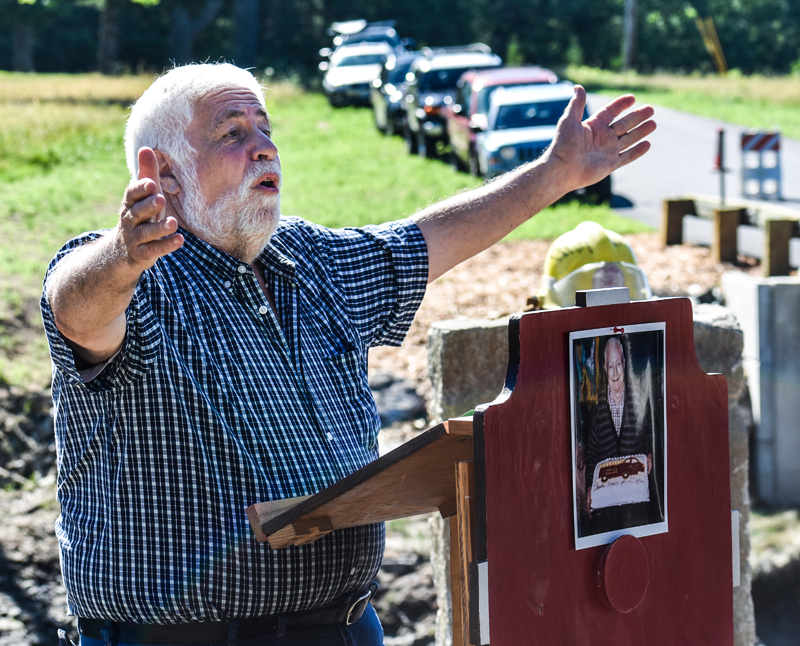 Bremen Selectman Hank Nevins welcomes attendees to the dedication ceremony for the new Heath Road bridge in Bremen in 2018. Nevins recently resigned from the Bremen Board of Selectmen after serving for more than 20 years. (LCN file photo)

During the Bremen Board of Selectmen meeting on Thursday, July 1, Chair Wendy Pieh announced that Selectman Hank Nevins had handed in his written resignation.

“The people in Bremen know what I’ve done over the years,” Nevins said in a phone interview on Friday, July 2. He has served two separate stints on the board of selectmen, the first starting in 1990 and the second in 2001.

Nevins moved to Maine from the Bronx in New York. He retired at the age of 42 from a successful motorcycle business he owned in New York. He and wife Linda decided to move to a place with a lower cost of living and wound up in Bremen.

“When I moved here it was a fishing village with salt and fresh water, a great town,” he said.

Nevins holds a strong belief in public service. He served on various boards in New York when he resided there and continued his public service after he moved to Bremen.

“You have to give back to your town,” he said.

Nevins served 34 years in the Bremen Fire Department, was the co-founder of the Bremen first responders, and worked for 24 years with the Central Lincoln County Ambulance Service. He also served on the town’s planning board, and has been a selectman for over 20 years.

Nevins said he stepped up to serve for the second time after a member of the board failed to sign a $37,000 grant for a new heating system in the town office. As a result, the town was left to foot the bill and property taxes increased.

Nevins said the last 10 years have been good, with money in the town’s reserve accounts and property taxes flat.

“I’ve given enough to the town — almost half my life,” he said.  I don’t need the aggravation anymore.”

Nevins is most proud of all the recreational land he helped obtain for the town and for making the town financially stable. According to Nevins he has been involved with every piece of recreational land in Bremen, including finding and negotiating both the Hay Property and the Town Forest property for the people of Bremen. 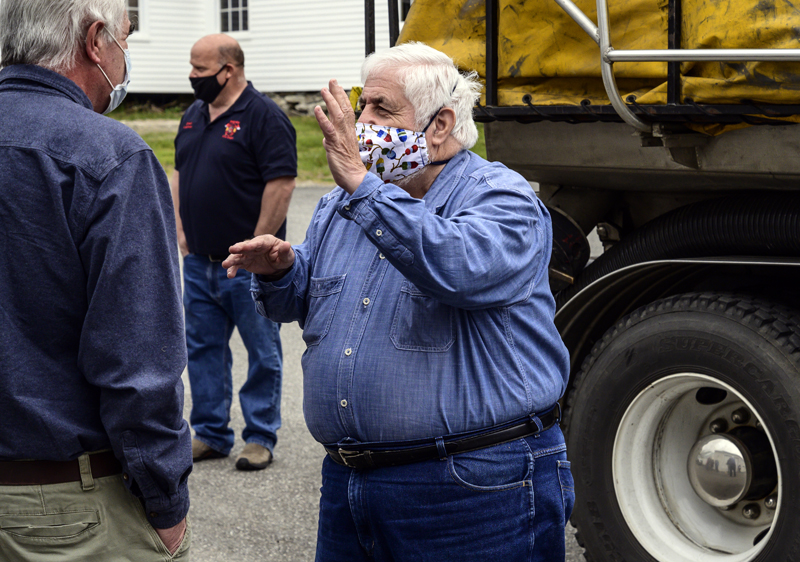 Selectman Hank Nevins converses with a resident prior to a special town meeting in Bremen on May 8. (Bisi Cameron Yee photo, LCN file)

Nevins said he was instrumental in finding funding for the $495,000 Heath Road Bridge project so that it did not require any contribution from property taxes. His focus on building reserve accounts also allowed the town to purchase a new tanker truck for the fire department this year while keeping taxes flat.

Nevins said he worked with the AOS 93 superintendent and the Bremen School Committee to close the minimally attended Bremen School and to negotiate a deal with Great Salt Bay Community School to serve the children of Bremen.

“My thing is I like to protect the Bremen people and Bremen property,” Nevins said.

Nevins said he plans to “spend time with my lovely wife, Linda” to whom he has been married for 51 years and focusing on his antiques business.

While Nevins doesn’t rule out returning to town boards or committees in some form, he said “right now I want to take it easy.”

Reached by phone after Nevins’ resignation Selectman John “Boe” Marsh said Nevins has been a great selectman. Marsh credits Nevins with running “the nuts and bolts.” According to Marsh “roads are a big issue for a small town of 800 residents. There’s only so much tax revenue for a fairly large infrastructure.” Marsh said “It takes a very skilled hand to do the work required on the budget we have. Hank was a very skilled municipal budget maker. He knew how to spend money to get a quality solution at the best price.”

“Hank is truly a master of being a selectman,” Marsh said.”There’s so much good with Hank. We’re going to miss him desperately. He’s a heck of a nice guy.”

In a phone interview Pieh said that Nevins did not run for his last two terms but agreed to be a write-in candidate “with lots of pressure from us and the community and the town.”

“Hank has been an incredible selectman, someone we and the town have relied on,” Pieh said. “He took over roads and finances, which were not good, and built up unexpended funds we can rely on. We don’t have to borrow when things get tough.”

Pieh also recognized Nevins’ contributions toward obtaining access to the water for town residents. Nevins researched, found, and negotiated the properties that gave such access to the town of Bremen.  “Hank has been a hero in this town,” Pieh said in a Tuesday, July 6 phone interview.

Pieh said Nevins is “always coming into the office with flowers and cupcakes for the office staff. He’s been a really vibrant member of our community. He has strong opinions and is almost always right. He’s been one of the best selectmen I suspect this town has ever had. Whoever comes in will have gigantic shoes to fill.”

According to Town Clerk Melanie Pendleton, the board of selectmen can either hold an emergency election to replace Nevins for the remainder of his term, which will require at least 100 days between candidates’ access to nomination papers and the election, or they can remain a two-person board until the end of Nevins’ term.

Pendleton said a determination has not yet been made.