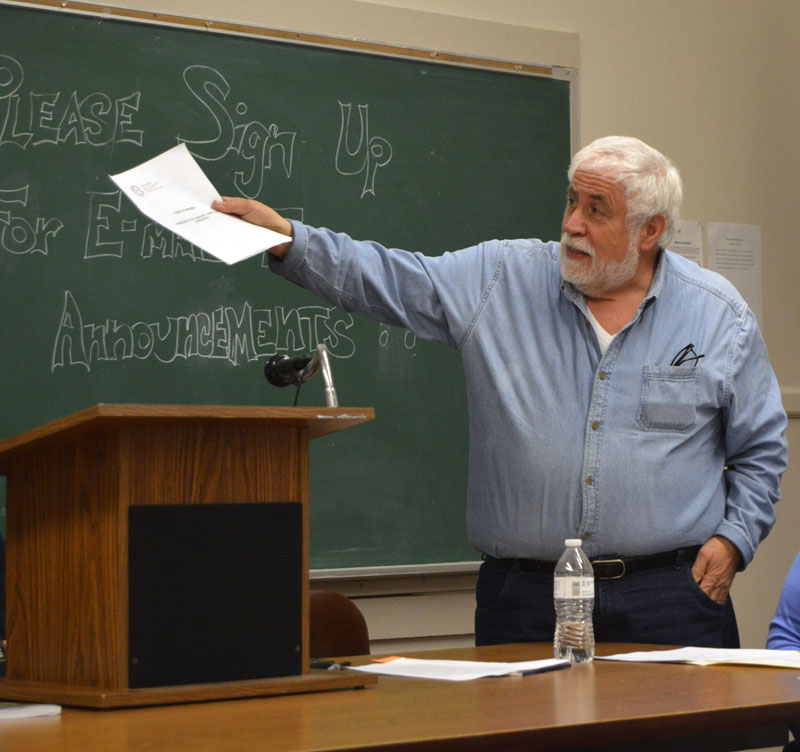 As the town transitions from a calendar year to a July-June fiscal year to align its budget process with those of the school district and state, Bremen will hold two town meetings in 2018, one in January and one in June. The town meeting usually takes place in March or April.

“We are changing over mostly to align with the state’s fiscal year. Most of our financial decisions have to do with that,” Bremen Board of Selectmen Chair Wendy Pieh said.

At the beginning of the meeting, Assessors’ Agent Jim Murphy said there will be a due date for taxes for the first six months of 2018 and two due dates after the June town meeting, which will cover the 2018-2019 fiscal year.

Starting with the August 2018 tax bill, the town will include two payment stubs on each tax bill. The town will send postcards to remind taxpayers of the two due dates, the second of which will be in early 2019.

Murphy said he has worked with four other municipalities to complete a change to a fiscal year.

“It’s not a huge thing. It’s more of a change in habit. The process is pretty straightforward. We are going to do two (tax) commitments,” Murphy said.

Nevins said the town has planned for the change, building up budgetary reserves to limit the tax impact of the action.

“We have a good interest rate on our money and we watch things pretty closely. We’re looking pretty good and you got to trust me a little bit,” Nevins said. 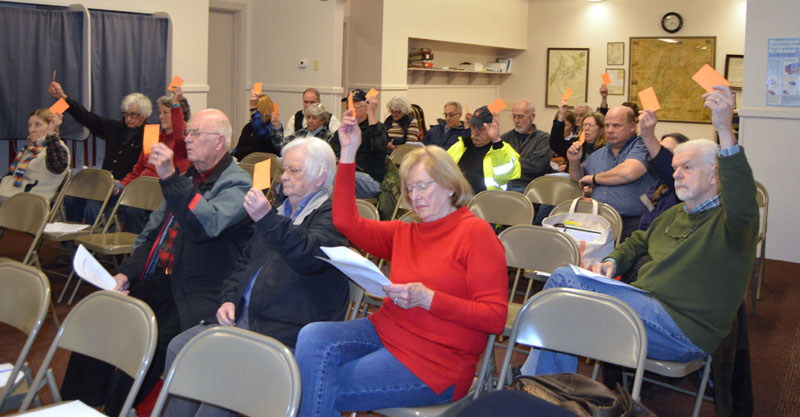 The first attempt to amend an article was to article 8, town officer salaries and benefits. The attempt was to lower the payment to the town meeting moderator from $200 to $100.

Moderator Don Means, of Bristol, requested the reduction, according to Pieh.

Nevins, however, voiced support for paying Means $200, with voters following suit and voting down the amendment.

After the vote on the amendment, the article passed at the level recommended by the board of selectmen and the Bremen Budget Committee, $82,550 for the first six months of 2018.

Budget committee member Walter Voskian said the $750 proposed contribution to Healthy Kids was based on a request from the organization, and a more appropriate time to allocate additional money would have been during the budget committee meeting prior to town meeting.

Nevins echoed Voskian’s sentiments and said each group receiving charitable contributions comes before the budget committee with its request for funding.

The proposed amendment to add $750 to article 26 failed. The original article passed as recommended by the board of selectmen and budget committee at a level of $4,904.

The 2017 appropriation for charitable contributions was $9,808.

Murphy said the increase incorporates a one-time fee to update the town office’s computers from Trio software to an SQL-based system.

Murphy said town offices throughout the state are undergoing a similar change.

Article 11, covering road maintenance and repair, snow removal, and salt and sand, passed with a six-month appropriation of $161,200, compared to last year’s figure of $279,060.

Nevins said the town is attempting to complete paving and repair projects, such as paving of the town house parking lot, in the immediate future in an effort to lower taxes for residents down the line.

“We are trying to do all these projects now so we can lower taxes in the future,” Nevin said. 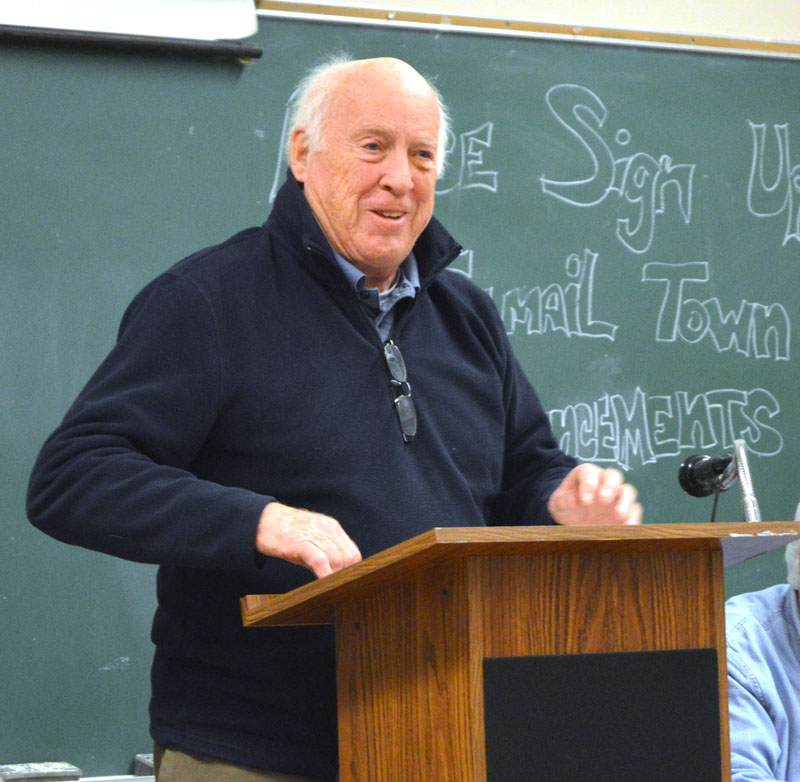 Article 18 received approval, appropriating $11,902 for six months of committee operating expenses, an increase from the 2017 appropriation of $10,100.

Voters questioned the selectmen on the reason for the increase.

“We have found it helps the planning board a great deal to have someone to assist them,” Pieh said.

Voskian, who chairs the planning board, reiterated Pieh’s comments and said a consultant has helped mitigate the hours involved for volunteers, while improving the structure and flow of meetings and site visits.

“We are not paid. We are volunteers and there is a great deal of upfront and after-the-fact work that goes into this. In order to make the process move more smoothly, a consultant was hired to prepare reports, propose outlines, and work with the town attorney. Those are some of the things we found were necessary,” Voskian said.

Nevins said the town has hired consultants who have worked with towns such as Cushing and Friendship to review and amend their ordinances.

Animal control, Article 21, drew questions from the public before the requested appropriation of $2,910 received approval from voters. The town allocated $3,806 in 2017.

“We are part of a county program,” Selectman Boe Marsh said. “The cost is higher than anticipated at this point, but we don’t expect it to remain this high. The service we get is very good, but all three selectmen are carefully watching this, and if it gets too expensive, we can drop out if we want to. In terms of safety in dealing with domestic animals, I think it’s worth it.”

Nevins said the program is partly funded by the sale of dog licenses.

Voters also approved spending $260,000 to pay off the consolidated loan for the purchase of the Hay Conservation and Recreation Area and the replacement of the Heath Road bridge.