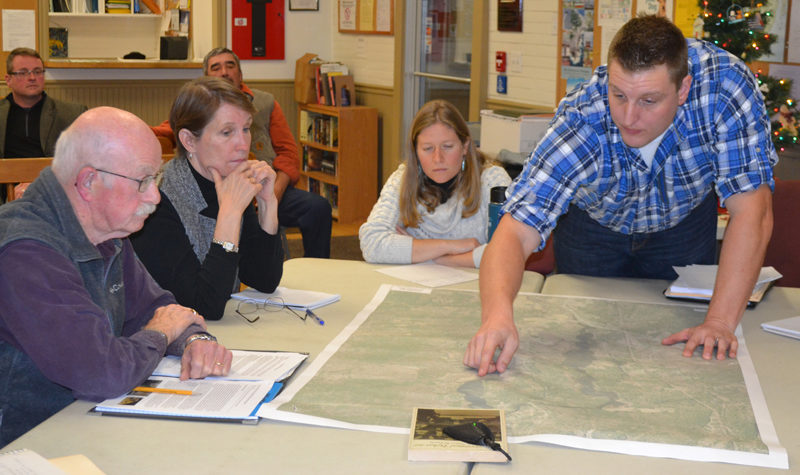 The Bristol Dam Advisory Committee, during a meeting Wednesday, Dec. 7, elected officers and discussed its assignment to establish the scope of a study regarding options for the future of the dam.

The committee elected Claire Enterline as chair. Enterline worked with the town on the initial grant application that would have helped finance improvements to the town’s fish ladder.

The committee elected Bill Benner as vice chair and Chuck Farrell as secretary.

Wright-Pierce engineer Joe McLean met with the committee to discuss possible conversation topics for the committee as it works to determine the scope of the study.

McLean presented a number of topics for the committee to consider, including options for fish passage, fire protection, and a review of other uses of the impoundment, including for recreation.

In addition, McLean suggested the committee look into collecting data about the dam, including the topography in and around the dam as well as any documentation about the dam at the state and federal level.

The committee could also review the infrastructure of the impoundment, including bridges and shoreline development, McLean said.

McLean also suggested analyzing the cost of maintaining the existing dam and improving the fishway, partial dam removal with a “nature-like” fishway, and complete dam removal.

McLean suggested the committee cover either one or two of the topics during each of its monthly meetings, with a public information meeting scheduled at the end.

The committee also discussed some of the concerns members have heard from other residents.

John Freburger said he had neighbors who have expressed concern about the impact dam removal could have on property values.

The date for the committee’s next meeting has not yet been scheduled.