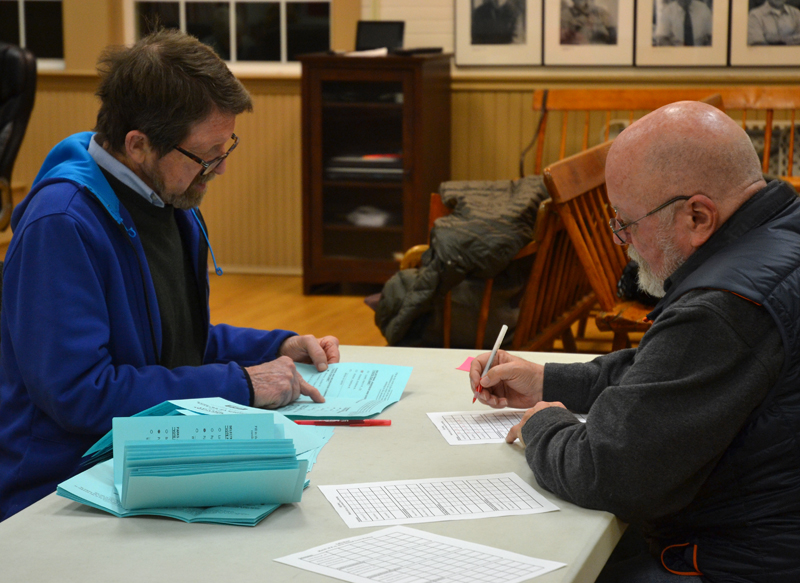 Voters elected Kristine Poland to the Bristol Board of Selectmen and Clyde Pendleton to the Bristol Parks and Recreation Commission at the polls Monday, March 18.

Poland received 175 votes for the seat to defeat incumbent Harry Lowd and Patricia Porter for a three-year term on the board. Lowd received 148 votes while Porter received 121 votes.

Pendleton received 281 votes to be re-elected to the commission, defeating challenger Gordon Benner for a three-year term. Benner received 160 votes.

Bristol Planning Board Chair Andrea Cox and Andrew Poland were elected for two three-year terms on the board with 382 votes and 364 votes, respectively.  Incumbent Robert Cushing did not seek re-election.

Jessica DiMauro and J.W. Oliver received 386 votes and 367 votes to be elected to two three-year terms on the Bristol School Committee. Incumbents Sarah Cook Mathieson and Bonnie Sablinsky did not seek re-election.

A total of 455 votes were cast in the election.