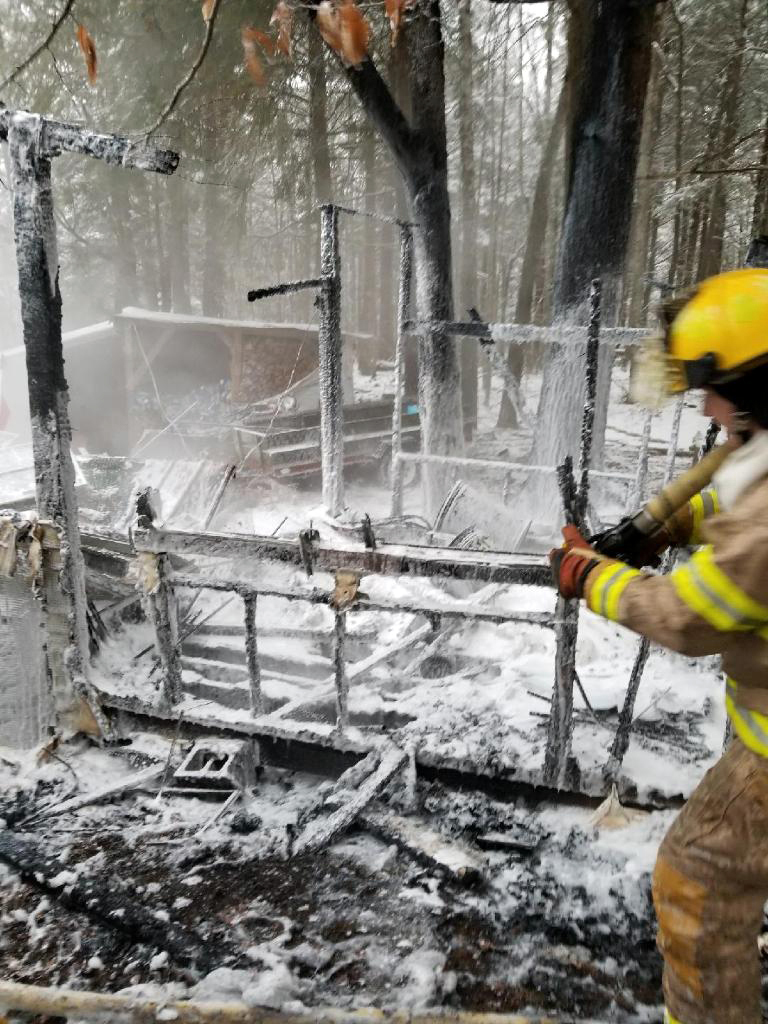 Firefighters prevented a fire originating in a chicken coop from spreading to a home on Bristol Road the morning of Wednesday, Jan. 17.

The Lincoln County Communications Center dispatched Bristol Fire and Rescue to a chicken coop fire at 848 Bristol Road at 6:41 a.m. The coop was close to the residence, according to Bristol Fire Chief Paul Leeman Jr.

The communications center dispatched the Bremen, Damariscotta, Newcastle, and South Bristol fire departments to stand by their stations, but they were released shortly after due to a quick knockdown of the fire, Leeman said.

The chicken coop was a complete loss, Leeman said, but firefighters were able to prevent the flames from spreading to the residence. The home did sustain exterior damage, as the heat melted some of the siding.

Firefighters used a thermal imaging camera to make sure there was no remaining heat inside or outside the home, Leeman said.

There were no human injuries reported, but six chickens perished in the fire, Leeman said.

The cause of the fire is undetermined due to the amount of damage to the coop, Leeman said.

Capt. Nick Bryant had command at the scene.