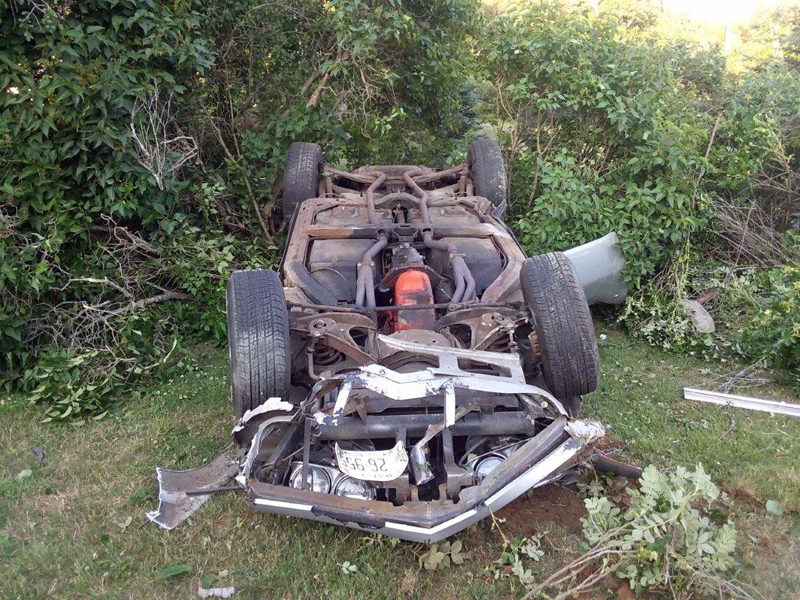 A Bristol man was flown to a Lewiston hospital with non-life-threatening injuries after an antique sports car crashed near Pemaquid Point on Monday, July 9.

David J. Waskiewicz, 49, a passenger in the car, was taken to Central Maine Medical Center in Lewiston, according to Lincoln County Sheriff’s Office Lt. Brendan Kane.

Harley C. Bulmer, 38, of Bristol, was driving a gray 1973 Chevrolet Corvette north on Bristol Road at the time of the crash, according to Kane. The car went off the road and eventually came to rest on its roof in a lawn off the southbound lane. Waskiewicz was ejected from the vehicle.

A LifeFlight helicopter waits at Bristol Consolidated School on Monday, July 9. The helicopter flew a man injured in a crash near Pemaquid Point to a Lewiston hospital, according to law enforcement. (Photo courtesy Sherrie Tucker)

The cause of the crash is under investigation, according to Kane. The Sagadahoc County Sheriff’s Office is reconstructing the crash.

The Lincoln County Sheriff’s Office received a report of the crash at 6:46 p.m.

The Central Lincoln County Ambulance Service took Waskiewicz to Bristol Consolidated School, where Bristol Fire and Rescue had set up a landing zone for LifeFlight.

A spokeswoman for Central Maine Medical Center said Waskiewicz had been transferred to another facility. 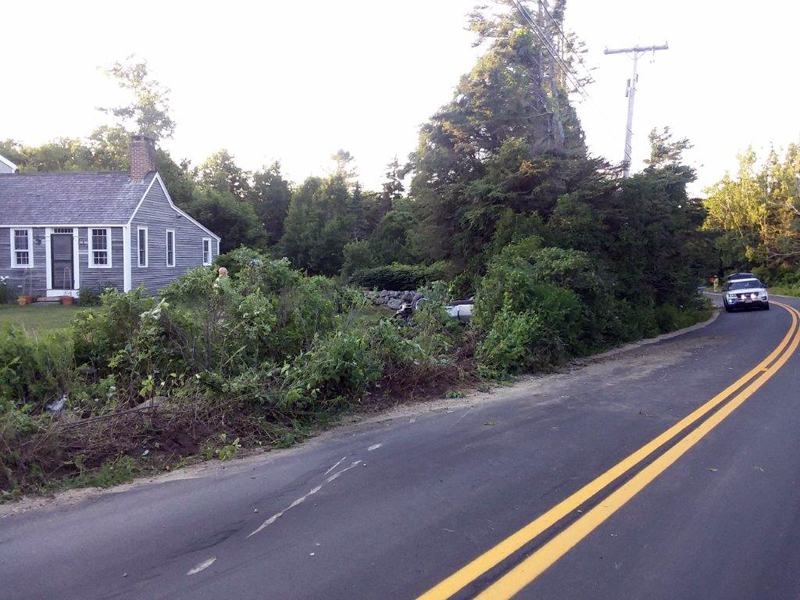 The scene of a Corvette crash near Pemaquid Point on Monday, July 9. The classic sports car is at rest on its roof on the lawn, partially obscured by roadside bushes. (Photo courtesy Lincoln County Sheriff’s Office)

Bulmer was treated at the scene and cleared, according to Kane. Neither Bulmer nor Waskiewicz were wearing a seat belt.

The vehicle appears to be totaled, according to Kane. The crash also damaged rose bushes along the southbound lane.