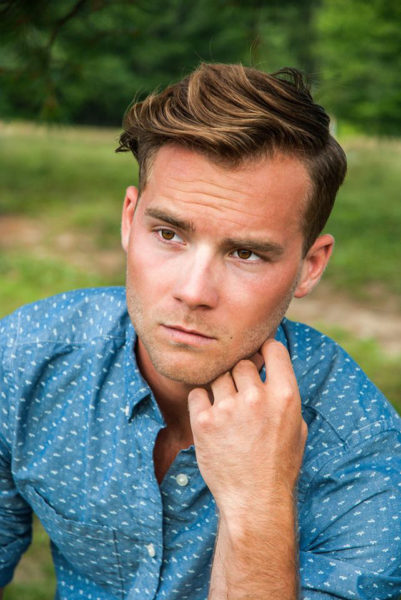 Zachary Miller, a Bristol Mills resident and Lincoln Academy graduate, will appear on the MTV reality series “Catfish” on Wednesday, Sept. 21. Producers of the show contacted Miller after photos from his personal social media accounts were used by someone else to create a fake profile. (Photo courtesy Zac Miller)

A Bristol Mills resident will appear on the MTV reality series “Catfish” at 10 p.m., Wednesday, Sept. 21 after photos from his social media accounts were taken and used to trick another person.

Zachary Miller, a 2010 graduate of Lincoln Academy, will appear in the season finale of the series.

Inspired by a 2010 documentary of the same name, the series follows hosts Nev Schulman and Max Joseph as they meet with people who have befriended or entered into a relationship with someone they have only communicated with online, but is not who they present themselves to be.

The name of the series comes from the term “catfishing,” which is when someone creates a fake profile or profiles on social media sites using photos of other people and claims to be someone other than themselves.

Miller was neither the perpetrator nor the victim of the catfishing situation featured in the episode, however, photos from his social media accounts were stolen and used to create a fake profile.

Miller said he started gaining followers on his accounts, specifically Instagram, by creating an aesthetic or look for his account. One of the rules Miller has set for himself is that every other photo is a photo of him.

Miller said fake profiles with his photos have appeared on Twitter, Facebook, Grindr, and other social media platforms for the past four years. Followers of his accounts have alerted him when fraudulent accounts have popped up.

“The first time, it was kind of like, this is normal, I’ve heard that it happened to people before. But the second and third and the fourth time … it just kept happening,” Miller said.

People using Miller’s photos have created a variety of identities for themselves. 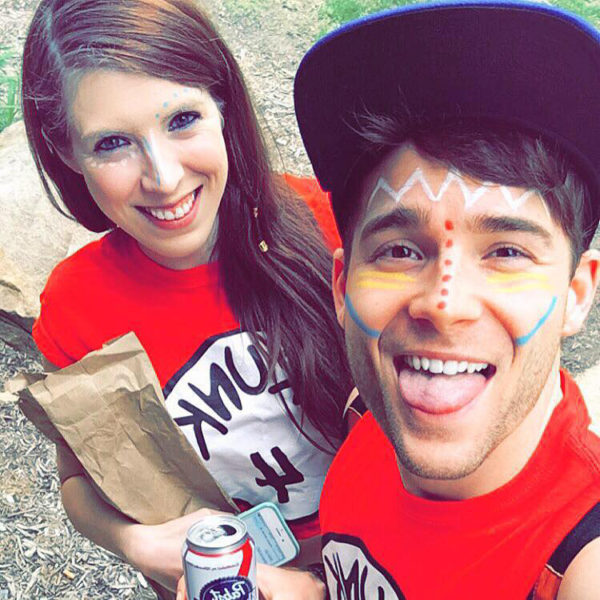 Zachary Miller (right) and his friend Elizabeth Baker were contacted by the MTV reality series “Catfish” after photos of Miller from his social media accounts were used to create a fake profile. “Catfish” hosts Nev Schulman and Max Joseph reached out to Miller and Baker after seeing this photo on Miller’s Instagram account. (Photo courtesy Zac Miller)

“I’ve been a personal trainer in California, a track coach in Florida, a farmer in Colorado, just a bunch of different things,” Miller said.

Miller said he stopped counting after the 50th time someone reported to him that his photos were being used for a fraudulent account. In one case, photos of Miller were being used on an account originating from Auckland, New Zealand.

A producer of “Catfish” reached out to Miller earlier this year about appearing on the show after a new fake profile had been using Miller’s photos in communications with a man named Andrew. Miller agreed to speak with Schulman and Joseph about his experience, and made it clear that this was not the first time this had happened to him.

“People are stealing photos of me and using them to create these profiles,” Miller said. “I would love to have verified accounts so that this doesn’t keep happening.”

“When (the producers) were talking to me about it, they were talking about this like it’s a normal thing, and it’s not,” Miller said. “I’m not angry, but this isn’t flattering that this happens.”

Schulman and Joseph interviewed Miller by video call about the experience. Miller also spoke with Andrew, the man who had been the victim of the catfish attempt.

Miller said prior to the interview, the person who had stolen the photos and created the fake profile had reached out to him to apologized for using the photos. By the time Miller was interviewed, the perpetrator had deleted the social media account he had used to contact Miller.

Elizabeth Baker, a friend of Miller’s from his time at Earlham College in Indiana, was also interviewed for the show.

The episode was filmed in early summer. Due to a confidentiality agreement, Miller had to keep his involvement a secret from friends and family.

Miller attends the Savannah College of Art and Design in Savannah, Ga., where he is pursuing a Master of Fine Arts degree with an emphasis in photography. One of his professional goals is to photograph the 2020 Summer Olympics in Tokyo.

With all the excitement of preparing for graduate school, Miller said he almost forgot the episode was coming up until a friend told him MTV had released the preview for his episode.

“It still just doesn’t feel real, and I feel that it hasn’t really hit me yet,” Miller said. “It probably will when the episode airs, because it will be on national TV and people will be watching it through reruns in the upcoming months.”

Miller has not seen the final cut of the episode, but he said he does have some apprehension about how he might be portrayed in the episode.

“I understand that MTV has to sell every episode to the public, but I want to make sure I’m portrayed accurately,” Miller said.

Miller said he looks forward to seeing what new opportunities appearing on the show will provide in the future.

In 2015, Miller was named the sexiest man in Maine by Tinder, a mobile app in which users indicate their interest in a person by swiping his or her photo to the right.

Miller was the most right-swiped man in Maine, and was included in People Magazine’s Sexiest Man Alive issue in 2015.

After his appearance in the magazine, Miller was interviewed by the radio station WJBQ 97.9 and appeared in a video advocating for animal adoption for the Kennebec Valley Humane Society in Augusta. Many of the animals, including a pit bull who had been living at the shelter for five months, were adopted as a result of the video, Miller said.

“Being able to do something like that was amazing,” Miller said. “I’m interested to see what this brings.”

For more information about Miller, go to zacmillerphotography.com.