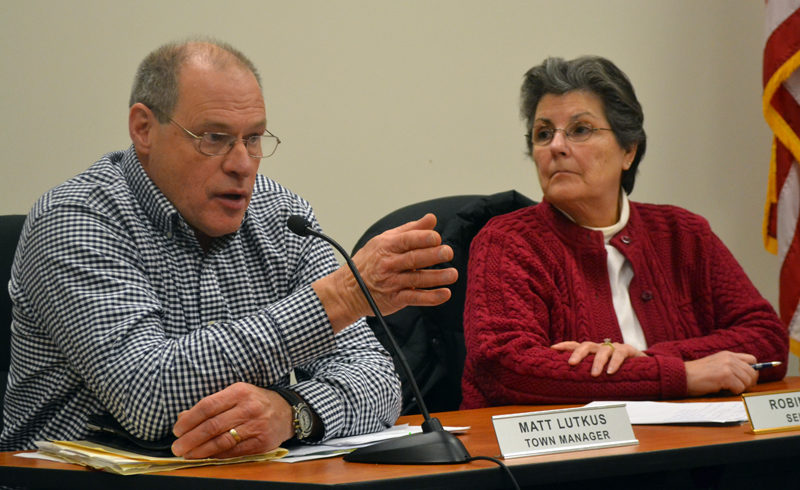 The town of Damariscotta hopes to begin the long-awaited construction of a sidewalk on Bristol Road from downtown Damariscotta to LincolnHealth’s Miles Campus by the fall.

Travis Pryor, of Wright-Pierce Engineers, phoned into the Damariscotta Board of Selectmen’s meeting on Wednesday, Feb. 15, to give a presentation detailing the plans for the project, which has been in the works for more than five years.

The plan calls for 5-foot-wide paved sidewalks, compliant with the Americans with Disabilities Act, on the east side of Bristol Road. In order to accommodate the width of the sidewalk, some utility poles along the road will have to be moved. Town Manager Matt Lutkus said he will be meeting with representatives of Central Maine Power Co., which owns the poles, and Tidewater Telecom Inc., later in the week.

The budget for the project is $489,620. Damariscotta will provide $97,924, or 20 percent of the total. The balance will be paid for with federal funds administered by the Maine Department of Transportation. The cost could increase, however, based on the preferences of the town.

The DOT will fund asphalt curbing, but if the town wishes to have granite curbing, Damariscotta will have to pay for the difference, Lutkus said.

In addition, the town would have to pay for any curb “transition ramps,” which would allow for crosswalks, Lutkus said. 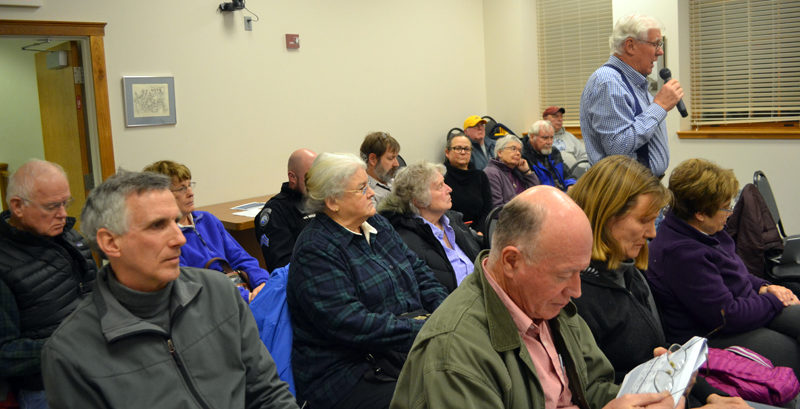 Lutkus said the town will keep residents updated on the construction schedule as the project moves forward.

Chris Roberts, of Damariscotta, asked if landowners would be responsible for shoveling snow off the sidewalk in front of their property.

Because the sidewalk is being built with federal funds, the town will be responsible for maintaining it, Lutkus said.

Wright-Pierce has completed a right-of-way survey along Bristol Road and submitted it to the Maine Department of Transportation for review. Once the plan has been accepted, the DOT will begin the appraisal process and negotiate with landowners for right-of-way and easement acquisitions, Pryor said.

The sidewalk fronts 15 properties, some of which will require right-of-way acquisition, Lutkus said.

Pryor said estimated the right-of-way process could last six months. After the process is completed, the town could go out to bid for the project, Lutkus said.

“We’ve been doing everything we can think of to move this project along, but one of the downsides of going out to bid later in the season is that the costs tend to go up as contractors fill up their schedules,” Lutkus said.

The project could potentially go out to bid in the summer of 2017, with construction taking place as early as fall 2017.