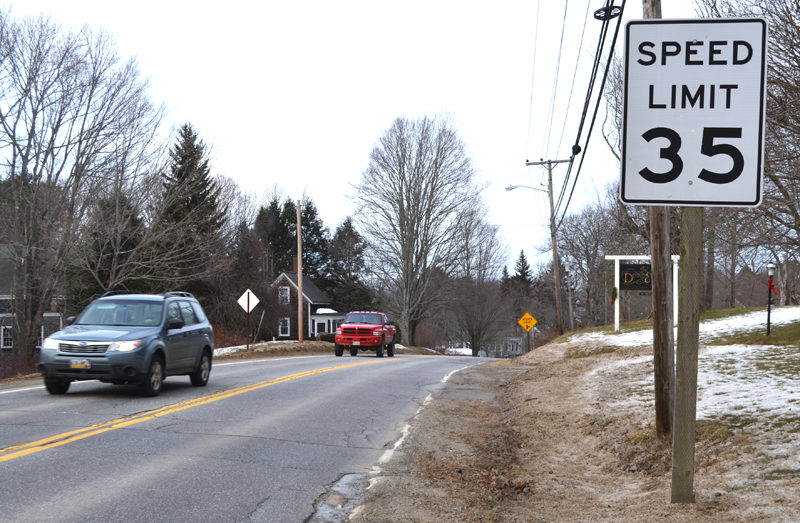 A recent study by the Maine Department of Transportation found the speed limits along Bristol Road to be appropriate with one exception.

Currently, the speed limit is 35 mph from Day’s Cove to the Down Easter Inn, and then 40 mph to the Bristol-Damariscotta town line.

The third recommendation on the petition was to reduce the 50-mph speed limit on Route 130 in Bristol to 40 mph near the intersection of Route 129 and Route 130.

DOT officials conducted two radar tests this year, the first in early July and the second in early November. The radar study consisted of measuring the speed of 100 vehicles on a day of typical traffic flow to determine the speed at which 85 percent of drivers travel the road, Allen said.

In addition, the DOT considers a number of characteristics when determining the speed limit of a road, including the number of driveways, businesses, and intersections, as well as accident data for the past three years.

The DOT found the speed limits along Bristol Road to be appropriate, with one exception. The data shows that the stretch of road from Pine Ridge Road to the Down Easter Inn should be reduced from 40 mph to 35 mph.

Allen said he has not written up his formal recommendation; however, any change in the speed limit would need to be approved by the state traffic engineer, the DOT commission, and the Maine State Police.

“The change hasn’t taken effect yet, but we anticipate it will happen sometime in January,” Allen said.

With news that LincolnHealth’s Miles Campus in Damariscotta has plans to build a new outpatient health center, the group is concerned that the section of Bristol Road near the hospital will become busier.

The Bristol Road Community Association plans to meet to discuss the DOT’s recommendations once it has the official report from the state, Piper said.

“Our activity has been curtailed for personal circumstances, but once we see exactly what the state has said, we’ll have a meeting and decide what we want to do,” Piper said.