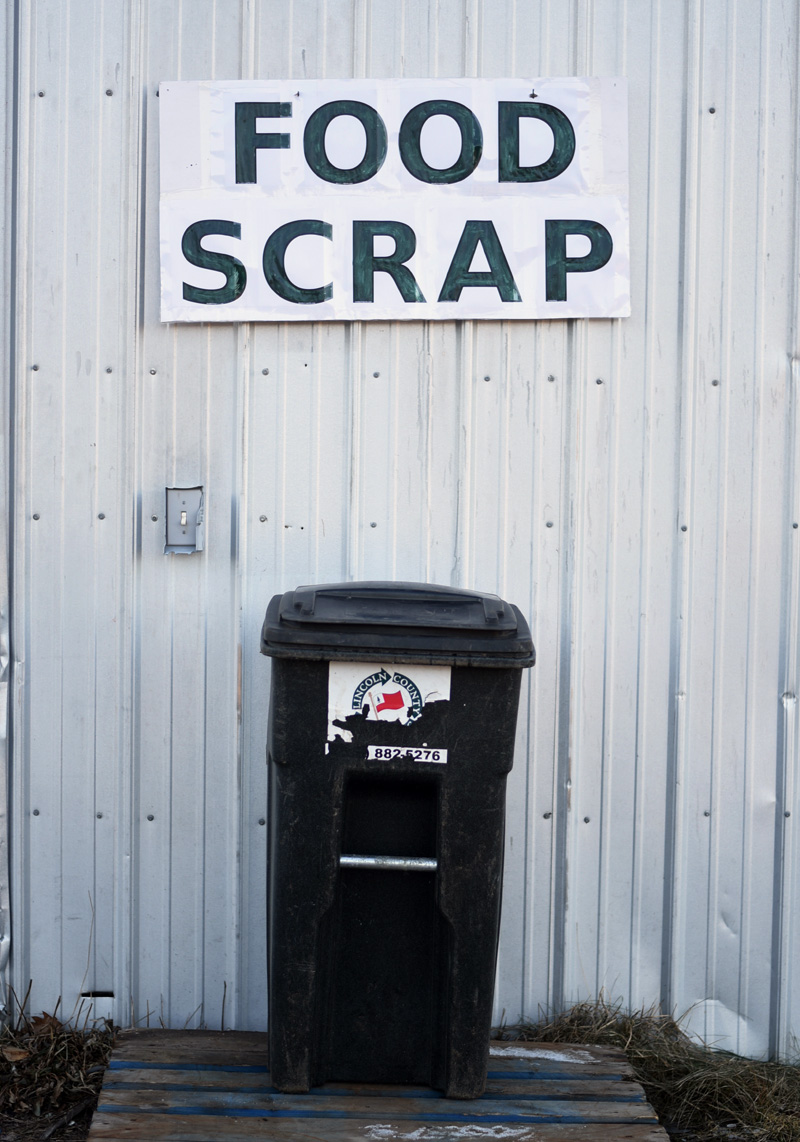 “It is something people have been asking about,” Manager David Poland said.

The station has a bin for the scraps across from the recycling building, although it could end up elsewhere long term.

According to Lincoln County Recycling, which manages the food scraps program, and to Poland, some foods should not go in the bin. These include meat, acidic foods like citrus fruits, liquids, dairy products except cheese, bones, and fatty, oily, or greasy foods.

Lincoln County Recycling will pick up the bin when it is full, Poland said. It sells the resulting compost for $25 a yard or $3 a bag.

“It will keep (the scraps) from going to the landfill,” Poland said.