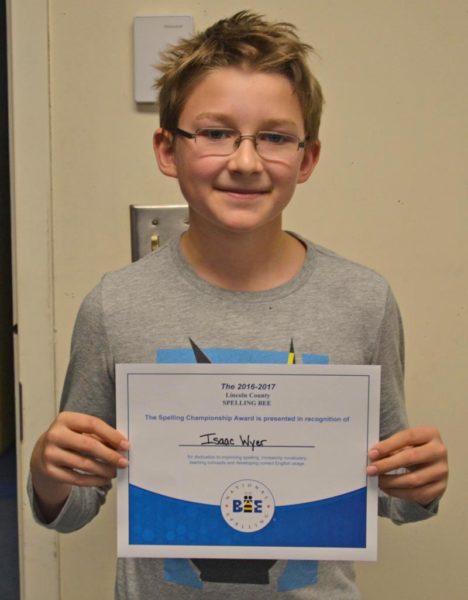 A Bristol Consolidated School seventh-grader is the 2017 Lincoln County Spelling Bee champion – a title Isaac Wyer clinched in the fifth round of the competition at BCS on Wednesday, Feb. 15.

With the correct spelling of the word “antidote,” Wyer will go on to compete at the Maine State Spelling Bee in March. The winner of the state competition will earn a chance to compete in the Scripps National Spelling Bee in Washington, D.C.

“I was kind of surprised,” Wyer said. “I really didn’t expect to win. There were a lot of good competitors.”

Ten local spelling champions from BCS, Edgecomb Eddy School, Jefferson Village School, and South Bristol School competed in the event, which was rescheduled several times due to inclement weather. Wyer sailed through the first three rounds with the correct spelling of “monsoon,” “learned,” and “zodiac.”

The spelling bee turned into a three-way race in round four with GSB seventh-grader Julia Palmer tackling the words “loiter” and “prosthetic” and BCS seventh-grader James Usher taking on the words “mammoth” and “oracle” to remain in the competition.

Wyer emerged from round four as the last man standing with the correct spelling of “artillery.” He won the Lincoln County Spelling Bee championship by correctly spelling “antidote” in the next round. 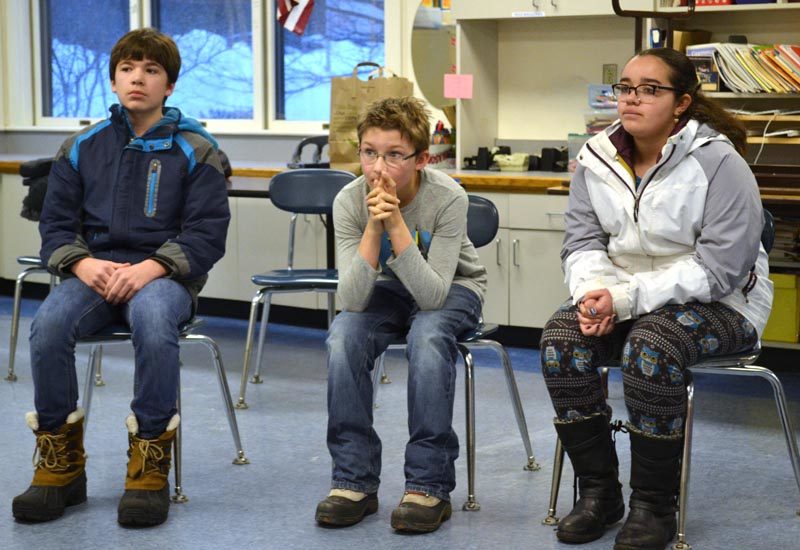 Usher and Palmer would compete for four more rounds for the runner-up spot. The word “laburnum” took Usher out of the competition in the ninth round.

Competitors don’t know what words they might have to spell, moderator and BCS teacher Becky Cooper said. “You never know,” Cooper said. “Your neighbor may get a word that you’re comfortable with and you get laburnum.”

Palmer secured her second-place finish in round 10 with the correct spelling of “antiquated.” She will compete at the Maine State Spelling Bee if Wyer is unable to attend.

Despite not winning the championship, Palmer said she was happy for Wyer and glad to be the runner-up. “I was pretty nervous and I was shaking a lot, but I’m glad to have had the experience,” Palmer said.