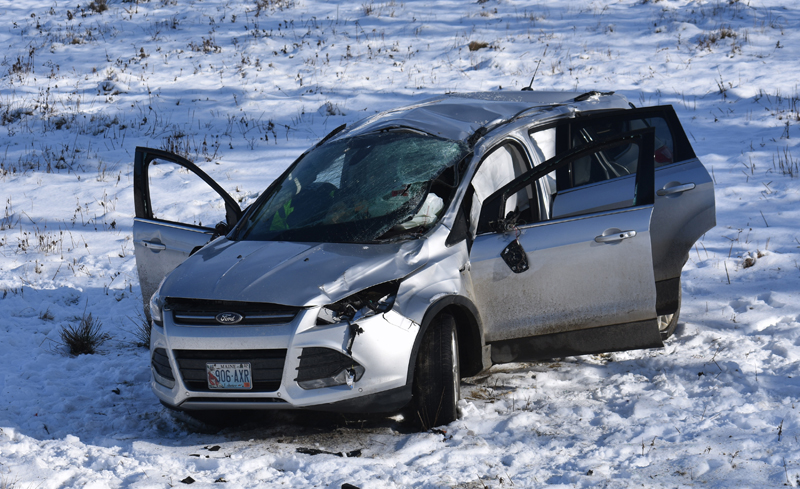 The driver of a 2014 Ford Escape SUV was injured in a single-vehicle rollover on East Pond Road in Nobleboro the morning of Tuesday, Dec. 18. (Alexander Violo photo)

A Bristol 18-year-old was injured when the SUV she was driving rolled over on an icy East Pond Road in Nobleboro the morning of Tuesday, Dec. 18.

Cheyenne Cash was driving a 2014 Ford Escape west, toward Jefferson, when it left the road on the westbound side, rolled over and down an embankment, and came to rest in a field, according to Lincoln County Sheriff’s Deputy 1st Class Brian Collamore. She was the sole occupant of the vehicle.

Cash reported back and neck pain, as well as cuts and bruises, according to Collamore. She was taken to LincolnHealth’s Miles Campus in Damariscotta for X-rays and evaluation. 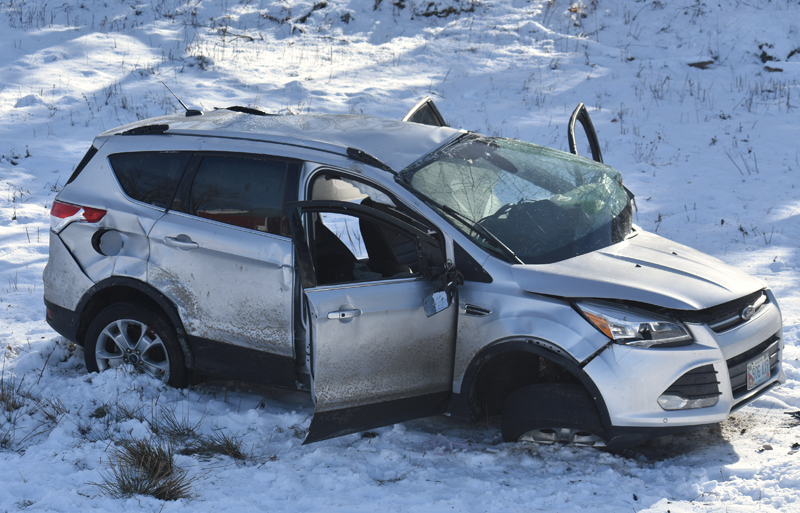 A 2014 Ford Escape SUV shows heavy damage after rolling over and down an embankment on East Pond Road in Nobleboro the morning of Tuesday, Dec. 18. (Alexander Violo photo)

Collamore said the primary cause of the crash is believed to have been the slick, icy road.