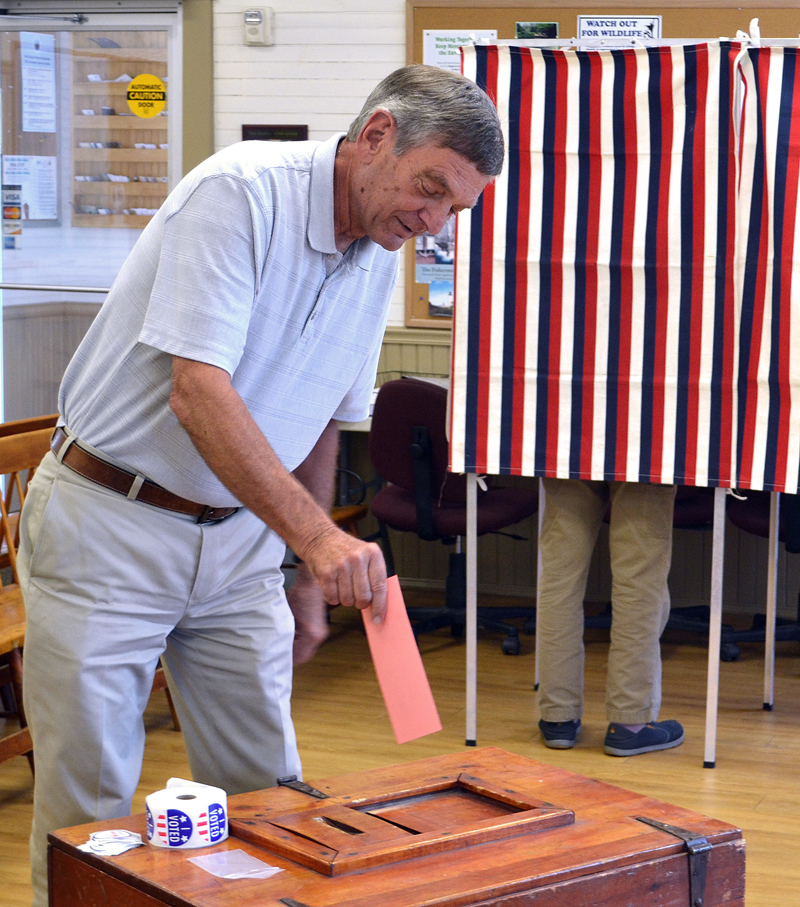 Bristol residents, by a nearly 2-to-1 margin, approved a temporary ban on recreational marijuana-related businesses during a special town meeting by referendum Tuesday, Aug. 22.

Maine voters legalized recreational marijuana, subject to regulation and taxation, for ages 21 and up, during a statewide referendum in November 2016. Bristol voters opposed the measure 995-868, according to unofficial results.

After months of discussion about how the town would regulate recreational marijuana-related businesses, the Bristol Planning Board and Bristol Board of Selectmen decided to move forward with a temporary ban rather than a moratorium.

During previous public hearings and selectmen’s meetings, board of selectmen Chair Chad Hanna said the temporary ban would give the town time to develop its own regulations after the state completes its rule-making process. Under legislation passed in January, lawmakers have until Feb. 1, 2018 to make rules governing such businesses.

The ordinance, which went into effect immediately, will be repealed 180 days after the effective date of any legislation passed by the state.

Elsewhere on the ballot, in a non-binding referendum, residents overwhelmingly voted against the use of electronic signs, 158-65.

The question was added to the ballot at the request of Selectman Paul Yates after the Bristol Parks and Recreation Commission and Bristol Fire and Rescue purchased an electronic sign for Ellingwood Park in Bristol Mills.

During the July 19 public hearing on the ballot questions, Yates said he doesn’t feel the signs fit with the “historical tone” of Bristol, while other residents expressed concerns about safety issues related to motorists trying to read the sign while driving.

At the same public hearing, Hanna said the vote on the electronic signs could lead to the development of a sign ordinance. The only regulations on signs in Bristol are in the shoreland zoning ordinance and the Maine Department of Transportation standards for setbacks along state roads, Hanna said. The sign at Ellingwood Park complies with both.

Voters also authorized the selectmen to transfer $50,000 from the road management account to the revaluation and cemeteries accounts with a vote of 181-41. The selectmen and the Bristol Budget Committee recommended passage of the article.

Residents approved amendments to the town’s shellfish conservation ordinance, which were previously approved by the Bristol Shellfish Committee, with a vote of 182-25.