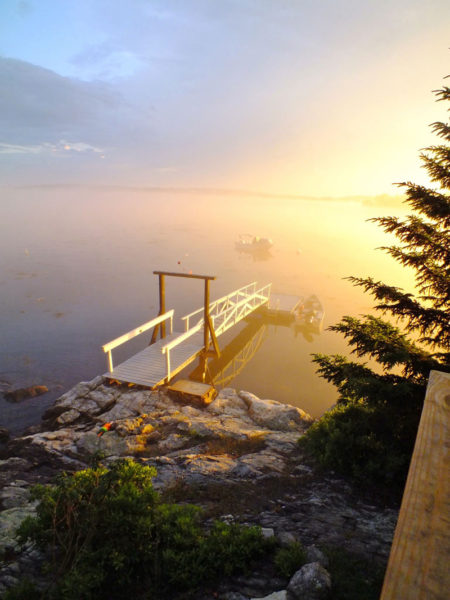 Laurie Mahan’s photo of the Damariscotta River in South Bristol before a thunderstorm in summer 2016 received the most votes to become the third monthly winner of the #LCNme365 photo contest. Mahan will receive a $50 gift certificate from Van Lloyd’s Bistro, of Damariscotta, the sponsor of the March contest. (Photo courtesy Laurie Mahan)

With a tie between two photos and an hour until the polls would close, Laurie Mahan managed to pull ahead by five votes to win March’s #LCNme365 photo contest.

Mahan, of Bristol, took the photo of the Damariscotta River from her property in South Bristol just before a thunderstorm rolled in during summer 2016.

“I remember the light was just perfect, and I never go anywhere without my camera, so I just snapped a bunch,” Mahan said.

Mahan used her Canon Rebel to capture the photo.

“It was a regular shot on auto,” Mahan said. “No messing with it; it was just perfect.”

Mahan decided to submit her favorite photo to the #LCNme365 photo contest. She didn’t know she had won the weekly photo contest until her son, Shannon, broke the news.

“He was walking around on his phone and he said, ‘Oh, Mom, you won the contest!’” Mahan said. “I had completely forgotten about it, so it was a really nice surprise!”

Mahan was declared the winner of the weekly photo contest March 22, the day after her election to the Bristol Parks and Recreation Commission. On Saturday, March 25, she and Sheila McLain organized the second annual dodgeball tournament to raise money for this year’s Merritt Brackett Lobster Boat Races. The event was a huge success, Mahan said.

“It kind of became a joke that all these good things kept happening,” Mahan said. Winning the monthly photo contest was just another positive for the week. “I should have bought a lottery ticket!” she said. 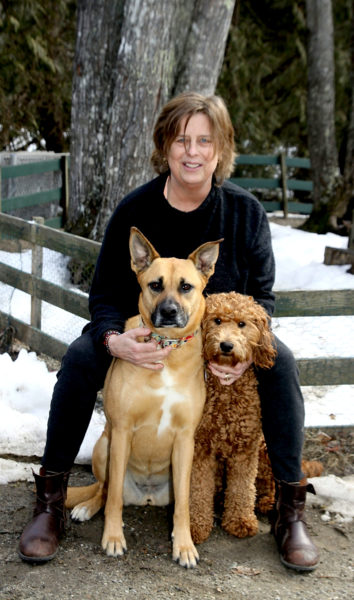 Mahan has owned Harbor Day Care for the past 29 years. She is married to builder Clifton “Robin” Mahan.

In addition to having her photo featured on the front page of The Lincoln County News, Mahan will receive a $50 gift certificate from March’s contest sponsor, Van Lloyd’s Bistro, of Damariscotta.

“My kids have been there and they absolutely love it, and they have told me over and over and over again that I have to go,” Mahan said. “I’m very excited to try it out.”

As the third monthly winner, Mahan cannot win another weekly or monthly contest in 2017, but she can still submit photos for inclusion in the weekly slideshow of entries on lcnme.com.

Mahan’s photo will compete against the other 11 monthly winners at the end of the year as voters select the winner for 2017.

Submissions are now being accepted for the April #LCNme365 contest. The winner will receive a $50 gift certificate from the monthly sponsor, SugarSpell Sweets, of Damariscotta.