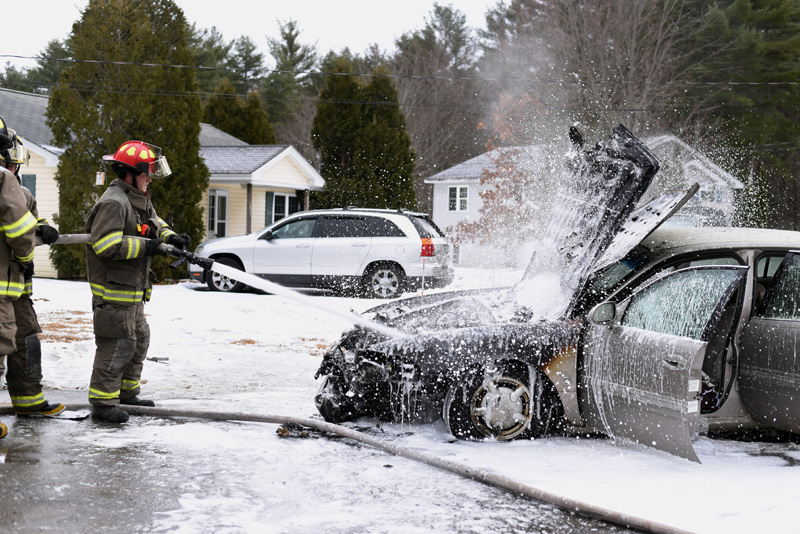 There were no injuries in a fire that totaled a 2000 Buick LeSabre sedan in a Damariscotta driveway the afternoon of Thursday, Feb. 7.

Jamie Thurman was attempting to start the car in his driveway at 4 Pond Circle, off Lessner Road, when the fire started, according to Damariscotta Fire Chief John Roberts. When the car would not start, he connected a trickle charger to the battery.

When he tried to start the car again, he heard a bang from underneath the hood and saw flames. With the assistance of someone else in the home, he pushed the vehicle down the driveway, away from the house. 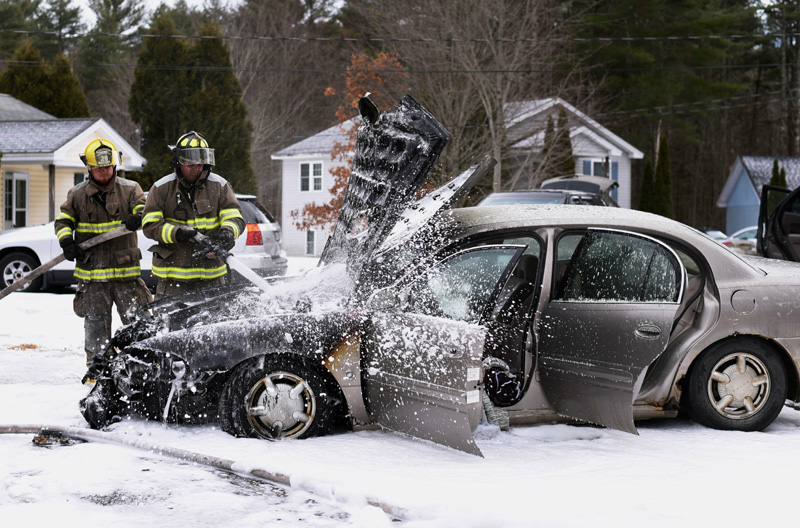 Firefighters used three fire extinguishers to slow the fire down until a pumper truck arrived, according to Roberts. Once the truck arrived, they quickly knocked down the flames.

“It’s an older vehicle and it’s going to be a complete loss,” Roberts said. The precise cause of the fire could not be determined due to the extensive damage.

The car belongs to Thurman’s mother, Renee Cocco, of Waldoboro.

Damariscotta Police Officer Dwight Jones took himself to LincolnHealth’s Miles Campus later in the day because he was not feeling well due to smoke inhalation, according to Damariscotta Police Chief Jason Warlick. He was checked out and immediately released.