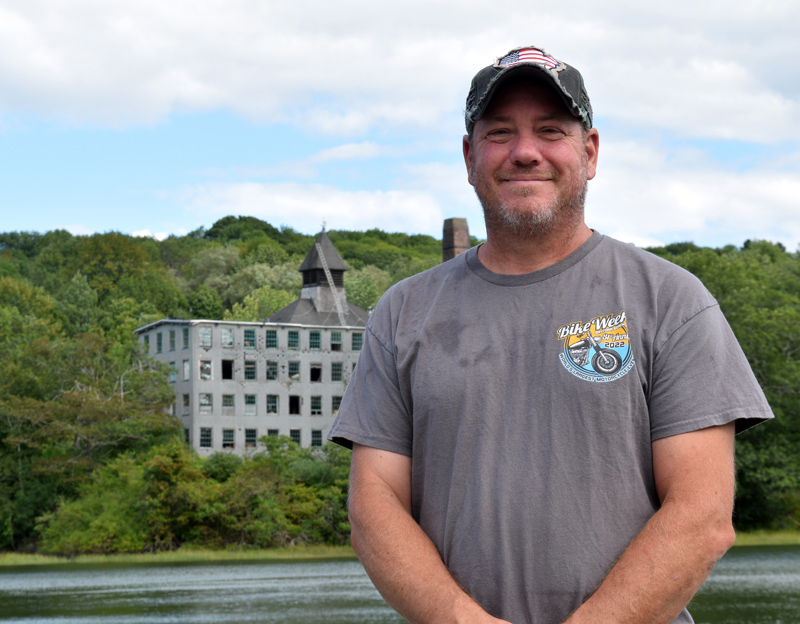 Abden Simmons, R-Waldoboro, is running for Maine Senate District 13 and hopes to fight regulations, protect commercial fisheries, and encourage a shift to technical education in the state.

Simmons was born and raised in Waldoboro and has been clamming since he was about 10 years old. His life’s work and future priority is to continue protecting the waterways of Maine, particularly the Medomak River and St. George River, where local fishermen earn a living.

“Without the river, we’d be out of business,” Simmons said.

Simmons and his wife, April, have owned and operated the A & A Shellfish Inc., a clam-buying operation, since 1996.

“I work for myself. I have for basically 30 years,” Simmons said.

Simmons followed in his father’s footsteps from early on, clamming in the summer and cutting wood in the winter.

“It got to the point where I was making more money clamming than in the woods, so I just started digging year-round,” he said.

Simmons believes his experience working in a variety of fisheries and cleaning up the Medomak River qualify him to work in the Senate on those issues and serve on the Marine Resources Committee.

“I’ve harvested most everything,” Simmons said.

If elected, he will work to fight regulations in order to protect the commercial fisheries in the state.

“Whatever regulations come through, just kill them,” Simmons said with a laugh. “You’ve got to be a backstop more than anything.”

He noted that fishermen should be able to catch more elvers, or baby eels, and the limits on catches need to be raised. He is proud of helping to institute the elver fishermen lottery to allow new entrants into the lucrative fishery.

Simmons bemoaned the threat posed by new regulations on the lobster industry handed down from the National Oceanic and Atmospheric Administration that are designed to protect the North Atlantic right whale.

“It’s going to end up just like the logging industry. They’re going to wipe it out,” Simmons said. “I’ve had enough.”

In September, a federal judge struck down a challenge by the lobster industry to block the rules, which argued that the National Marine Fisheries Service, an agency within the National Oceanic and Atmospheric Administration, committed “scientific errors.” The lawsuit argued this, in part, because Maine lobstermen say their gear hasn’t been involved in a right whale entanglement in nearly two decades.

The plan released by the federal agency includes a closure of over 950 square miles in Lobster Management Area 1 to traditional lobstering from October through January; requirement of more traps per buoy line to reduce the number of vertical lines; more color markings on lobster buoys; and the addition of a weak rope link that will allow a right whale to break free if entangled.

The gear modifications went into effect May 1, 2022, which is the start of the American lobster and Jonah crab fishing season.

“I’m running to protect Maine jobs – period,” Simmons wrote in a Facebook post from a public meeting of the Lobster Advisory Council on Sept. 26.

Simmons also served in the Maine House of Representatives in District 91 from 2016-2018, during which time he was on the Marine Resources Committee. During his tenure, House District 91 consisted of Friendship, part of Union, Waldoboro, and Washington.

“When state agencies have some issues and they want to talk to a lot of people in the industry, I’m one of the first ones they call because I’m so active in it,” Simmons said.

In 2020, he was appointed to the Department of Marine Resources advisory council and he has served as executive director of the Maine Elver Fishermen Association.

The House Marine Resources Committee Simmons served on was able to approve more bills than any other recent incarnation because of sensible teamwork, he said.

“We were the first committee done. Because all the foolish, ridiculous bills that came through, we just killed. They were just a waste of time,” Simmons said.

He is also proud of voting 92% of the time in the Legislature, while working full time and serving on the Waldoboro Select Board and the town’s shellfish conservation committee.

During his 25 years on the shellfish conservation committee, most of it as chair, Simmons worked to alter the clam licensing system to better benefit commercial fishermen who make a living from the river, rather than part-time clam harvesters.

“We’re not going to cater to someone that has a 40-hour-a-week job when we do closures or openings and stuff like that,” Simmons said.

While serving on the Waldoboro Planning Board for six years, Simmons concentrated on protecting the Medomak River by implementing setbacks for septic systems.

During his time on the select board, Simmons oversaw The Medomak Project, which was a joint effort between several community groups to improve water quality in the town’s vital shellfish-harvesting area.

This included water sampling and fixing the sewer systems over a five-year period.

“Cleaning out the river, it’s the cleanest it’s been in 25 years,” Simmons said.

He is also proud of instituting the community navigator program in Waldoboro, which he said has helped 158 families find local resources in its first year.

Simmons also pushed for a grant to purchase a new kayak launch across from Hannaford that was recently installed.

In 2020, the Waldoboro town government “took a hit” because of the COVID-19 pandemic, Simmons said, and the select board had to cut approximately $500,000 from its budget.

If elected, Simmons will work to encourage more technical education in schools by shifting money in the state budget to those programs. He thinks the Mid-Coast School of Technology should be open year-round to students.

Simmons said he doesn’t like “spending other people’s (money),” but he believes funds can be found for his priorities after digging into the budget.

“There will be a lot of things put in there that won’t get funded, that are just frivolous, and those will get knocked out,” Simmons said. “That may be some money that we get.”

For more information, go to the Abden Simmons for State Senate Facebook page.