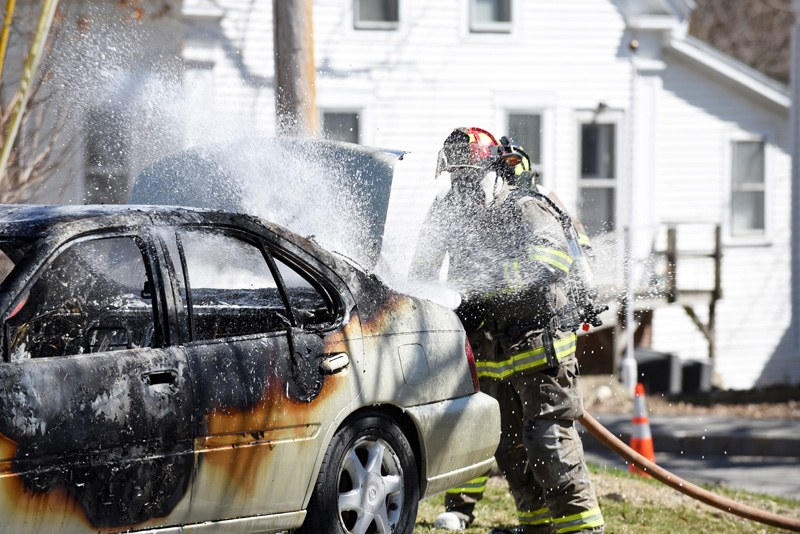 The Damariscotta Fire Department responded to a car fire on Hodgdon Street at 1:33 p.m., Monday, April 23.

Someone working in the area saw flames coming out of the car’s front windows as it was parked outside the Damariscotta United Methodist Church, according to Damariscotta Fire Chief John Roberts. 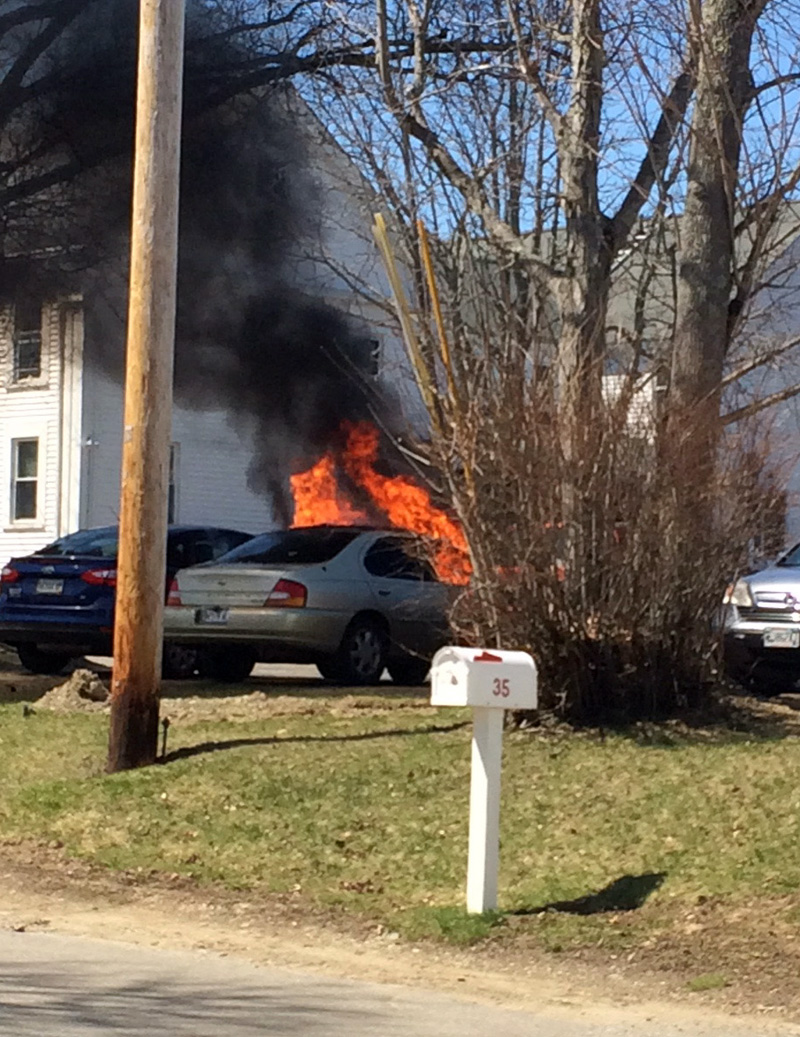 A car in flames on Hodgdon Street in Damariscotta on Monday, April 23. (Photo courtesy Mark Bailey)

The car on fire was a Nissan Altima sedan, owned by Christian Grant.

The cause of the fire is unknown at this time, however, it started in the passenger compartment of the vehicle, according to Roberts. No one was in the car at the time of the fire.

The fire was “knocked down within a couple minutes of the (fire) truck being on scene,” Roberts said.

Two other cars, an orange Kia Rio and a blue Ford Focus, were also damaged. They had been parked on either side of the burning Altima.

Before the fire truck arrived, firefighters were able to use two fire extinguishers to keep the flames at bay enough to move the Focus away from the fire, however, due to the proximity of the fire to the driver’s side door of the Kia, it could not be moved.

Both the Altima and the Kia were towed by Quick Turn Auto Repair & Towing.

A section of Hodgdon Street was shut down during the time it took to extinguish the fire, with the Damariscotta Police Department directing traffic.

“Any fires in the downtown area are challenging” due to the proximity to buildings and people, however, the fire was contained within the immediate area, Roberts said.