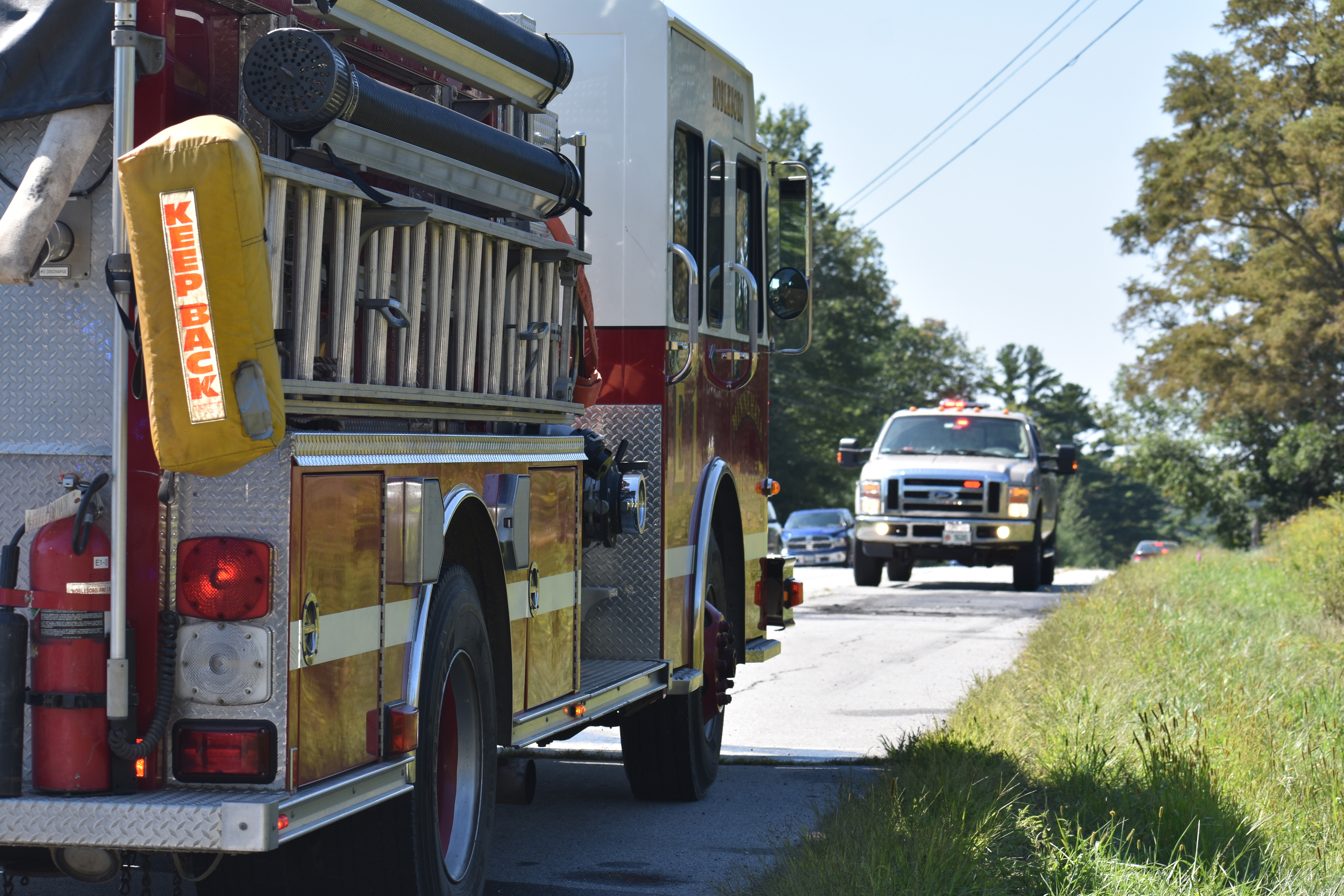 Crews from the Nobleboro Fire Department responded to and extinguished a car fire in the southbound breakdown lane of Route 1 during the morning of Saturday, Sept. 1. (Alexander Violo photo)

A Toyota Tundra pickup truck burned in the southbound breakdown lane of Route 1 in Nobleboro the morning of Saturday, Sept. 1, but no one was hurt in the fire.

Stephen Everts, of Myrtle Beach, S.C., was driving the truck south on Route 1 when he noticed smoke coming from the vehicle and pulled over, according to Lincoln County Sheriff’s Office Sgt. Mark Bridgham.

Bridgham said the fire started in the rear of the pickup and appears to have been caused when a loose battery came in contact with a chainsaw and gasoline, leading to combustion.

The vehicle was gutted by the fire and was a total loss, according to Bridgham.

Lincoln County Sheriff’s Deputy Alonzo Connor said that when he arrived on scene, flames were visible from the back of the pickup.

“We stopped at a safe distance away from the vehicle and asked the driver to get back from the fire,” Connor said. A dog in the truck was unharmed.

Connor said he and Bridgham closed Route 1 and conducted traffic control while the Nobleboro Fire Department extinguished the blaze.

Once the fire was under control, they reopened one lane of traffic. The road fully reopened after a tow truck removed the burned-out pickup.