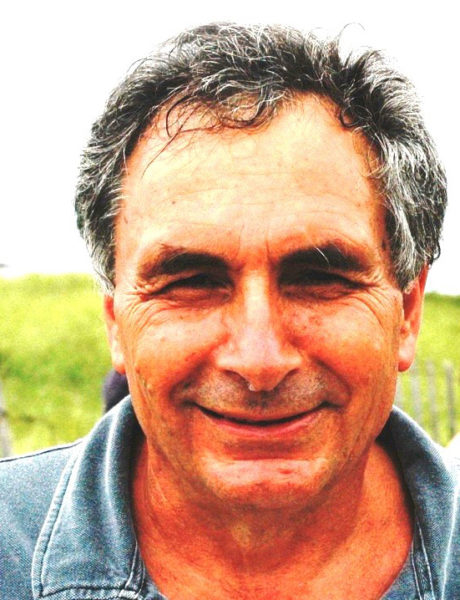 After 38 years, CEI Inc. founder Ron Phillips is preparing to leave his post as the organization’s president and CEO. (Photo courtesy Ron Phillips)

Ron Phillips moved to Maine more than four decades ago with his wife, a Damariscotta native, to build a new life. Phillips was raised in Massachusetts and the couple had been working in New York City, but wanted “a different journey,” he said.

The journey Phillips embarked on resulted in the formation of Coastal Enterprises Inc., Maine’s first community development corporation and community development finance institution.
From its establishment in 1977 to 2014, the organization provided financing to approximately 2,460 businesses, supported the creation of 30,650 full-time jobs, and created or preserved 1,672 affordable housing units and 5,611 child care slots for working families. In October, CEI moved its headquarters to Brunswick and, after 38 years, Phillips is preparing to step down from his role as president and CEO.

Phillips is confident the work of CEI will not only continue in the capable hands of the organization’s next generation of leaders; through the trial-and-error process that established the organization as a leader in the community economic development movement, Phillips anticipates CEI’s influence will continue to grow, locally, statewide, and nationally.

CEI’s mission of supporting economic development that promotes environmental sustainability and stewardship of the earth will continue to create “communities of opportunity” where they are needed most, Phillips said.

It is a mission accomplished through a methodology developed in Lincoln County.

The civil rights movement laid the foundation for community development corporations, nonprofit organizations devoted to promoting community-based development, which have since grown into their own social movement. Poverty was at the heart of an unjust economic and political system the civil rights movement worked to overturn, according to “From Civil Rights to Sustainable Solutions,” a booklet written by Phillips for CEI’s 25th anniversary.

President John F. Kennedy’s “war on poverty” gave rise to the Economic Opportunity Act of 1964, which was later amended, with help from Robert Kennedy, to include a provision to fund community development corporations.

Community development corporations became instruments for economic opportunity through their support of small businesses and community organizations that created jobs, affordable housing, and resources for minority communities and working-class families.

Decades later, in 1994, the Community Development Financial Institutions Fund was created in the U.S. Treasury to expand access to credit, investment capital, and financial services for urban and rural communities in need.

Community development corporations and financial institutions have become their own social movement, Phillips said, through their effort to combat poverty by capitalizing on the advocacy, assets, and leadership of the local community.

Phillips helped bring the social and economic movement to Maine.

Phillips, currently a Waldoboro resident, arrived in Maine with the intention of becoming a parish minister. He earned a Master of Divinity degree from the Union Theological Seminary in New York and was in the early stages of becoming an ordained minister in the Methodist church.

The child of Albanian immigrants who were raised in the Eastern Orthodox tradition, Phillips was raised in a protestant environment, he said – an effort by his parents to assimilate in their new country. Phillips was attracted to the Methodist church because of its strong social gospel, he said.

Economic and social justice have never been far from Phillips’ professional and personal pursuits. He worked at the National Council of Churches’ Interfaith Center on Corporate Responsibility before relocating to Maine.

“We looked at corporations and how they were benefiting or not benefiting communities,” Phillips said. “The problems were the most glaring and obvious in South Africa. Apartheid was a symbol of everything we were working to change.”

Phillips helped organize a divestment campaign, which encouraged churches to cancel the investment of their endowments with corporations that did business in South Africa under its policy of apartheid, or racial segregation.

Phillips’ wife, Suzanne Phillips, a local artist and founding member of the Downtown Washington Gallery of Maine, brought him to Maine. Through contacts from his previous work experience, Phillips was approached with the idea of forming a community development corporation in Maine.

It was an idea not far from his initial intention of becoming a parish minister, Phillips said. “If one thinks historically about religious doctrines, it’s not hard to get into economic and political structures,” he said.

“Religious orientation is aligned with political and economic activity,” Phillips said. “As a country, we try to separate them, but that doesn’t mean one isn’t driven by certain values.”

In 1977, those values culminated in the creation of Coastal Enterprises Inc., a community development corporation devoted to investing in small businesses, creating employment, and developing industries based on Maine’s natural resources.

Since its humble beginning in 1977 as a one-man operation without a balance sheet, CEI has grown into a corporation with a staff of more than 70, with approximately $835 million under management and over a dozen programs providing technical assistance and financing for small businesses, farms, and fisheries.

CEI has also supported access to affordable housing through housing development projects, education, and counseling; promoted access to child care through investment in home-based day care centers; and lobbied for economic development with a strong social and environmental return.

Phillips credits the success of CEI to the strong partnerships the organization has forged and the trial-and-error process that has enabled CEI to develop a successful model for community economic development. Lincoln County was instrumental in supporting the foundation of CEI and served as a training ground and launching pad for numerous CEI programs, Phillips said.

The First National Bank of Damariscotta was one of the first organizations in the financial sector to partner with CEI, and the Lincoln County Board of Commissioners has supported the organization since its establishment.

CEI’s investment in Boothbay Region Fish and Cold Storage in 1979 was a pivotal moment for the organization and one of its early successes. The $300,000 investment was the first one made by CEI and helped the facility rebuild and expand following a fire.

In a community threatened with the loss of its traditional industry by pressure to cater to tourism, CEI’s support helped preserve Boothbay Harbor’s working waterfront and solidified the organization’s commitment to community development based on the natural assets and resources of an area.

Maine’s fishing, agriculture, and forestry industries became staples of CEI’s investment activity, which focuses on a “triple bottom line return,” Phillips said, or a return on an investment with a strong social, economic, and environmental benefit.

CEI moved to Wiscasset from Bath in 1981 and Lincoln County became the testing ground for CEI investment activity.

“We would pilot programs in Lincoln County and then go ballistic,” Phillips said.

Spear Farms in Nobleboro, the North End Lobster Co-op in Westport Island, Masters Machine Co. in Bristol, the Bigelow Laboratory for Ocean Sciences and Hodgdon Yachts in East Boothbay, Muscongus Bay Aquaculture in Bremen, Sarah’s Pizza in Wiscasset, and Marble Oaks in Waldoboro are just a few of the businesses and projects CEI has supported throughout the years, Phillips said.

Not all of the Lincoln County businesses supported by CEI survived, Phillips said. Taction, a call center, was, at one time, a leading employer in Waldoboro, Phillips said. The company, however, was unable to survive the international trend of outsourcing.

Throughout the decades, the values that attracted Ron Phillips to the ministry have become ingrained in the mission and programs of CEI. Earlier this year, Phillips distributed Pope Francis’ environmental treatise, “On Care for Our Common Home,” to all CEI staff, board members, and stakeholders.

Phillips called the treatise “one of the best ‘calls to action’ I have read about the environmental threat,” and encouraged all to read it, consider it, and let it guide their actions into the future.

Although CEI has settled in its new office in Brunswick, its relationship with Lincoln County will continue. “Lincoln County was our home and still is,” Phillips said.

Through its values and commitment to investments that generate a positive social, economic, and environmental return, CEI programs will also continue to support the creation of “communities of opportunity” in Maine, New England, and, increasingly, across the nation, Phillips said.

In March 2016, Phillips will step down from his role as president and CEO. After 38 years, “it was time,” Phillips said. He plans to spend time with his family, focus on his community in Waldoboro, and return his attention to the global community.

“I’m proud of this organization,” he said. “I’m proud of the partnerships we’ve formed. I’m proud of the things we’ve done that have led to empowerment, sustainability, and economic opportunity. The mechanism is in place to keep those ideas moving.”