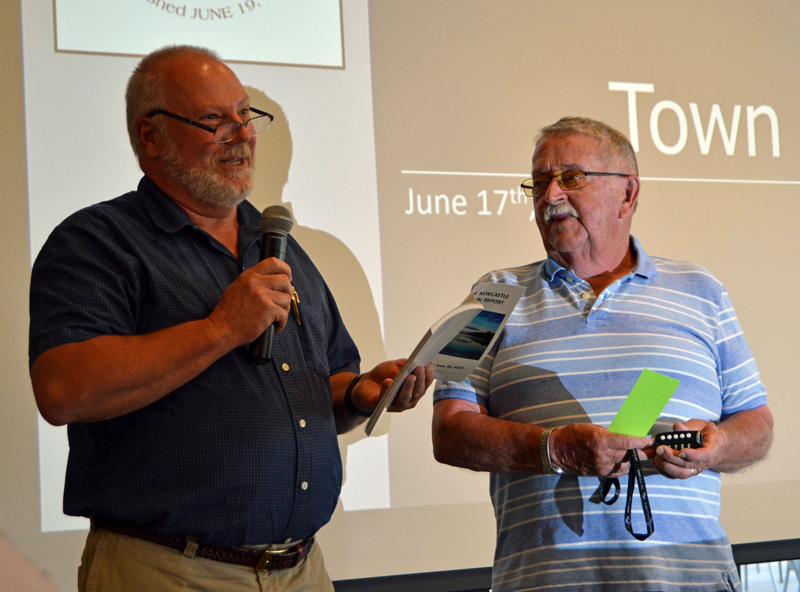 Brian Foote, the chair of the Newcastle Board of Selectmen, plans to resign. The other selectmen say they will stick with a four-person board until the June election.

“The level of effort to get somebody in there for a short period of time, I don’t think that serves anyone well,” Selectman Rob Nelson said of holding a special election during the COVID-19 pandemic.

Foote has not yet set a resignation date, but will continue to participate as selectman until then.

Town Manager Jon Duke said the process for a special election would probably lead to a vote in April, only about six to eight weeks prior to the June election.

Selectmen Joel Lind and Wanda Wilcox’s terms expire in June. Duke said voters would fill those seats for three-year terms and Foote’s seat only for the last year of his three-year term.

The selectmen decided to have Lind, the vice chair of the board, serve as acting chair, and Wilcox, the next senior-ranking member, serve as vice chair after Foote’s resignation.

David Levesque, chair of the recently formed Newcastle Broadband Committee, informed the selectmen that the town has been awarded a $5,000 planning grant from the ConnectMaine Authority.

The committee only has to begin the planning process and provide one more tax document to the authority, which is the state agency charged with establishing universal broadband availability for Maine businesses and households.

Levesque said the committee will now commence with the planning work, such as surveying the town to see what areas need broadband, in order to gain access to the grant funds.

Duke said he would set up a new town account for the broadband committee and donations can be sent to the town office.