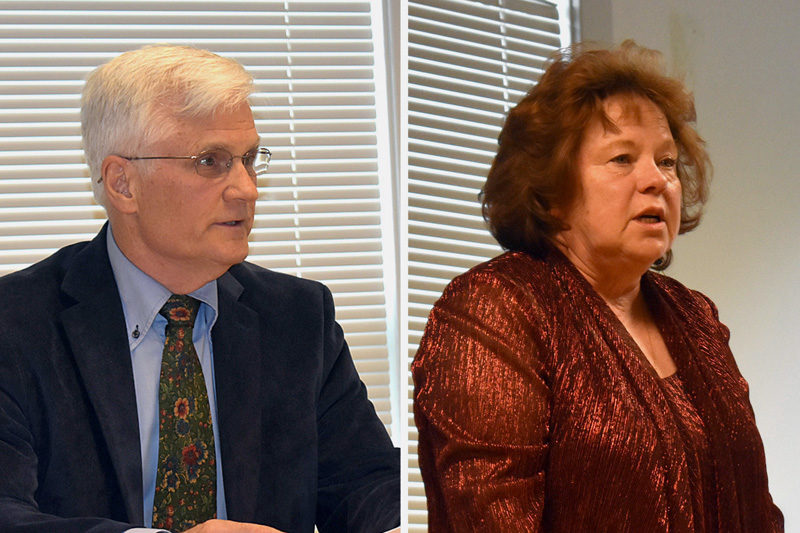 Robert Butler and Sandra O’Farrell participate in a candidates forum at the Waldoboro municipal building Thursday, May 30. Butler and O’Farrell are running for a three-year term on the board of selectmen. (Alexander Violo photos)

Robert Butler, chair of the Waldoboro Board of Selectmen, fended off a challenge from Sandra O’Farrell, a member of the RSU 40 Board of Directors, to win reelection Tuesday, June 11.

The vote was 323-210. Butler returns for a second straight three-year term, his third term overall.

The contest for selectman was the only one in Waldoboro with more than one candidate.

William Pratt received 427 votes to earn a two-year term on the budget committee and Gordon Webster received 459 votes for a one-year term.