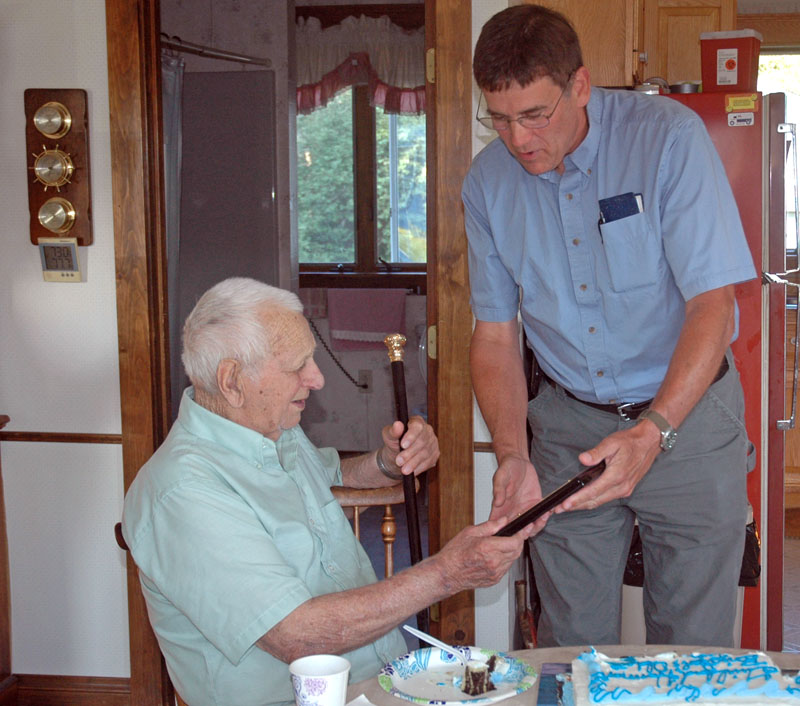 A 97-year-old Chamberlain man who still walks to the Chamberlain Post Office each day from his home on Long Cove Point Road received Bristol’s Boston Post Cane during a ceremony at his home Wednesday, Aug. 9.

Guilford Hannon, 97, was presented with the town’s original Boston Post Cane by the Bristol Board of Selectmen after friends and representatives of the town enjoyed cake and refreshments in his honor.

Hannon, who is approaching his 98th birthday, was born Aug. 21, 1919 and moved to Chamberlain, a tiny oceanside village in Bristol, in 1982.

He grew up in Augusta and worked for Central Maine Power Co. until his retirement at the age of 63.

Upon moving to Chamberlain with his wife, Hannon took up lobstering to keep busy in his retirement, continuing until he was nearly 90.

Though Hannon doesn’t lobster anymore, he keeps busy with puzzles and his daily walks to the post office.

Hannon said he was drawn to the area by Chamberlain’s proximity to the ocean.

“I liked being near the water. I love it down here. I’ve lived a beautiful life down here,” Hannon said.

The event featured a rendition of “Yankee Doodle Dandy” by Bristol Selectman Paul Yates. Board Chair Chad Hanna presented Hannon with the cane and a plaque distinguishing him as Bristol’s oldest resident.

The Boston Post Cane dates to 1890 and is made of ebony with a gold head. 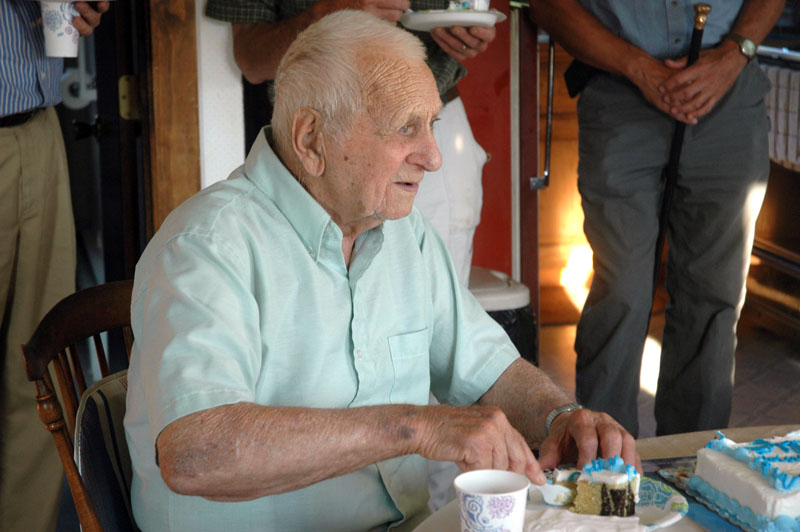 Guilford Hannon digs into a piece of cake during a ceremony honoring him as Bristol’s oldest resident. (Alexander Violo photo)

The publisher of the Boston Post, Edwin Grozier, gifted the canes to hundreds of New England towns with instructions to present the cane, with the newspaper’s compliments, to the eldest male resident of the town.

The Boston Post went out of business in 1957, but the cane tradition continues in many towns throughout Maine and New England.