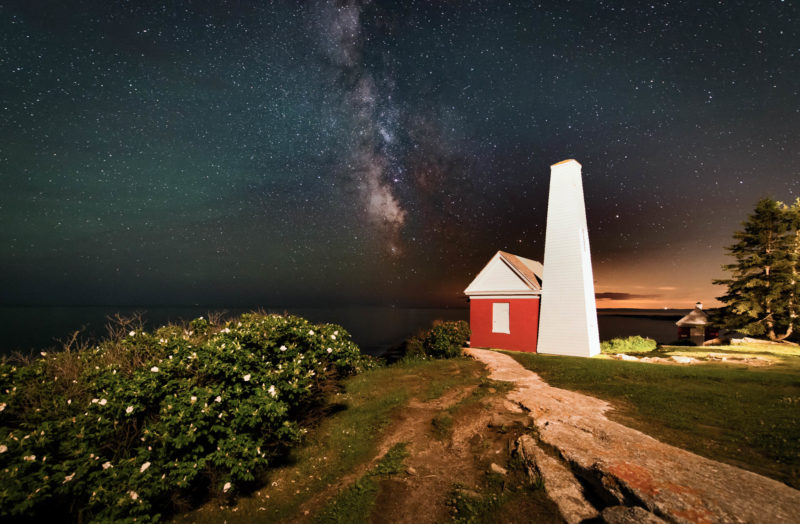 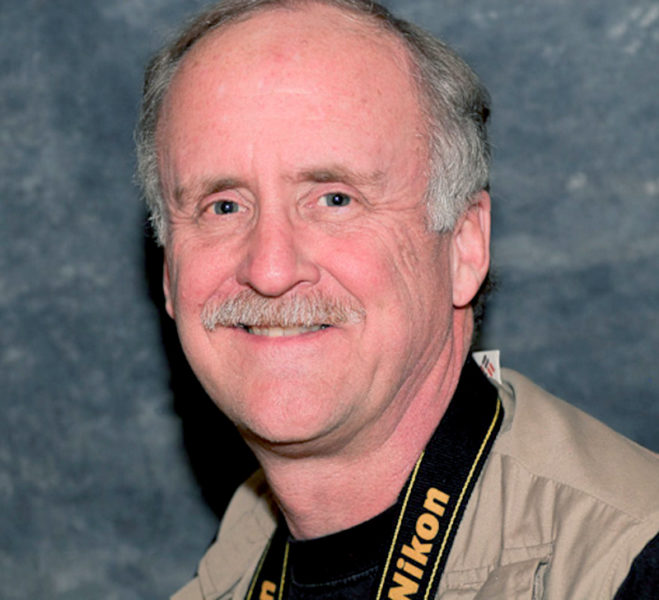 Robert “Bob” Kausch, of Littleton, Colo. and Chamberlain, is the first winner of the #LCNme365 monthly photo contest.

When the polls closed for January’s #LCNme365 photo contest Monday, Jan. 30, Robert “Bob” Kausch had secured victory with his photograph of the Milky Way above the bell tower at Pemaquid Point Lighthouse Park by 13 votes.

“It’s very exciting! It makes me think of Maine all over again, and in the winter, thinking about Maine in the summer is a nice respite,” Kausch said.

Kausch, of Littleton, Colo. and Chamberlain, and his wife, Carolyn Kausch, have been summering in a log cabin in Chamberlain since the couple married in 1975. Each summer for vacation, the couple and their two children would make their way to Maine.

“Our kids have gone nowhere else for vacation when they were growing up, and now we’re bringing our grandkids up there!” Kausch said. “It’s a very special place for our family.”

From learning what’s going on at Moody’s Diner in Waldoboro to checking Camerascotta, the webcam on the roof of Sherman’s Maine Coast Book Shop in Damariscotta, Kausch said he enjoys staying up to date while away from the Midcoast.

When Kausch first read about the #LCNme365 photo contest, he knew he wanted to enter and win for the month of January, due, in part, to the sponsor.

“When we’re in Maine, King Eider’s is our favorite watering hole,” Kausch said. “If we’re there for two weeks, we probably go there at least 10 times.”

Every July Fourth, the Kausch family goes to King Eider’s Pub to eat dinner before walking across the street to watch the fireworks, Kausch said.

When Kausch found out he was in the running for the monthly prize, he asked his friends to go online and vote for his photo.

“They asked, ‘Well, what’s in it for us?’ I told them if they come with us on the Fourth, I’ll buy the drinks!” Kausch said.

In order to capture the shot of the Milky Way over the bell tower in Pemaquid Point Lighthouse Park, Kausch attended workshops held by Mike Taylor, a Maine photographer who specializes in night-sky photography.

“It was an unusual night because it was a crystal-clear night with no moon,” Kausch said. “There are a lot of variables in photography, but in this case, everything worked out perfectly.”

Kausch, a retired stockbroker, has been taking photographs for more than 30 years. Both Colorado and Maine provide more than ample inspiration, he said.

“For a photographer, Maine is a paradise,” Kausch said.

The Kausch family is tentatively planning to make the drive from Colorado to Chamberlain the first week of June, Kausch said.

Chamberlain “is very special to us. We’ve gotten to know and become friends with a lot of people down around the cove,” Kausch said. “We can’t wait to go back!”

As the first monthly winner, Kausch is ineligible from submitting photos to be judged for the duration of the 2017 contest, but he can still submit photos to be included in the weekly slideshow of entries on lcnme.com.

As a monthly winner, Kausch’s photo will compete against the next 11 monthly winners at the end of the year as voters select the winner for the year.