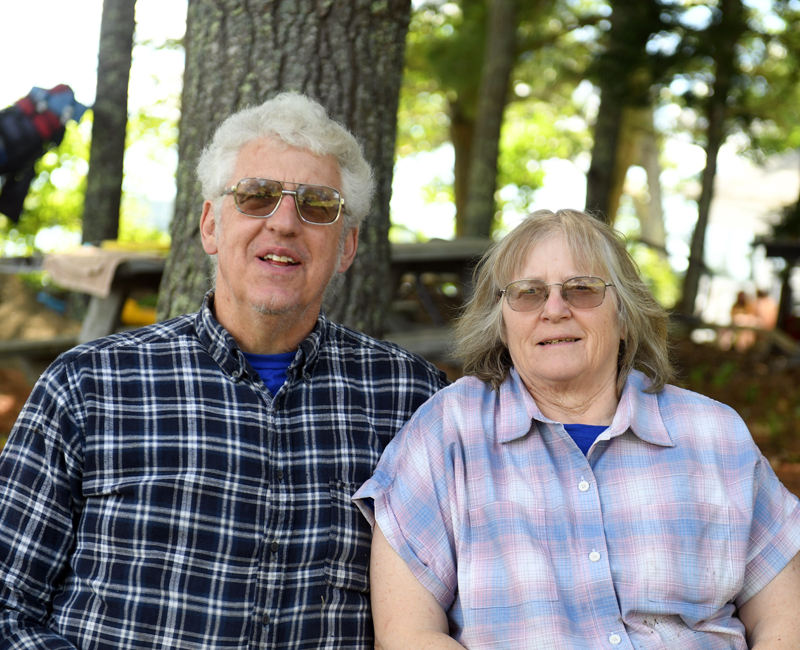 Christopher and Paula Roberts, longtime fixtures of The Lincoln County News, will be inducted into the Maine Press Association Hall of Fame Saturday, Oct. 22.

The Maine Press Association Hall of Fame Committee selected Chris and Paula Roberts, along with Mount Desert Islander cofounder Earl Brechlin, for induction this year. The ceremony will take place during a luncheon at the association’s fall conference in Bar Harbor.

This is the second generation of LCN publishers to be inducted into the Maine Press Association Hall of Fame. In 2002, Sam and Abbie Roberts, Chris’ parents, achieved the honor.

“Running a community newspaper is a labor of love and one that takes incredible effort,” said John and Allan Roberts, associate publishers and Chris and Paula’s sons. “Our parents have devoted most of their lives to this newspaper, and serving its community. We are incredibly proud of their dedication and excited that their hard work is being recognized by their peers at the Maine Press Association by being inducted into the MPA Hall of Fame. They have followed in the footsteps of our grandparents and have set a great example for us to follow.

Chris Roberts began life with ink in his veins, being born into the family business of running The Lincoln County News. As many children involved with family-run businesses, he was always at the shop, helping with operations as early as he was able.

While he always worked in some capacity at the paper, he started his career after graduating from the University of Maine, at the end of 1977. Over the 44-plus years, he would go on to lead the paper and make a huge impact on the company and the community it serves.

Chris and Paula met while attending high school at Lincoln Academy and they became sweethearts. They were engaged in 1977 and married on Nov. 25, 1978. Before Paula began her full-time career at the newspaper, she worked as a physical education teacher and raised two sons. She joined the staff part time in 1981 and became a full-time sports reporter in 1993.

Paula remains the newspaper’s sports reporter and photographer. She logs tens of thousands of miles a year as she crisscrosses the state to cover sports, mostly at the high school level. She routinely covers several games at different schools in the same evening. She has won awards for her photography and writing in the Maine Press Association Better Newspaper Contest, including first place for sports photo in three of the last seven years.

Chris has overseen many changes during his time as publisher. The company upgraded its newspaper press in 2000, 2004, and in 2017 to allow for more color to flow onto its pages and has always ensured that production of the newspaper has been at the cutting edge. He has overseen the newspaper’s advancement into the digital age with a series of websites, the latest of which launched in 2016 and won first place in the 2018 Maine Press Association contest. He has also invested in new publications, like Lincoln County Magazine, another award-winning product now in its 18th year.

In addition to this year’s slate of inductees, the Maine Press Association will also honor last year’s inductees — Dorothy “Dot” Roderick, Dieter Bradbury and Judy Meyer — who were unable to be recognized in-person after that portion of the conference was canceled due to the ongoing coronavirus pandemic.

Established in 1998, the Maine Press Association Hall of Fame honors newspaper people with Maine connections who have made outstanding contributions to the profession. For more information, go to mainepressassociation.org.