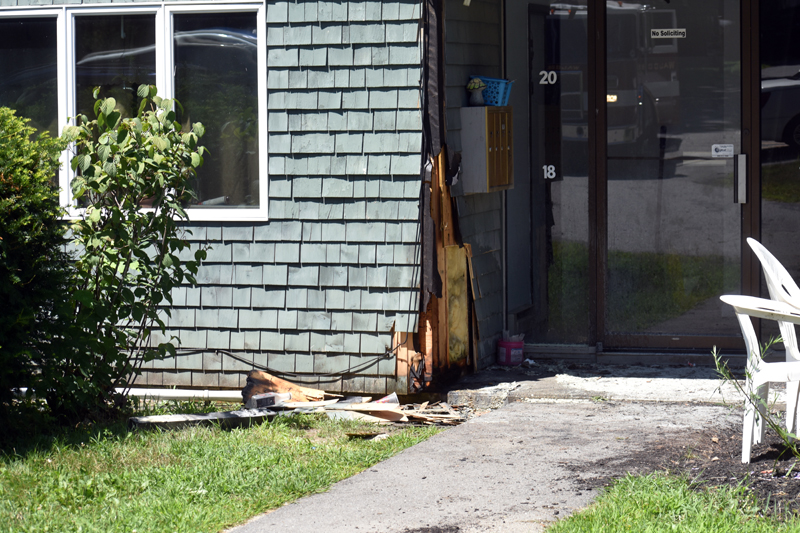 Damage from a fire at Waldoborough Village Apartments on Wednesday, July 29. A resident of the low-income housing complex snuffed out the flames with a fire extinguisher. (Alexander Violo photo)

A cigarette butt caught the exterior of a Waldoboro apartment building on fire Wednesday, July 29, but a resident of the building quickly snuffed the flames with a fire extinguisher.

The fire was at Waldoborough Village Apartments, a low-income housing complex off Main Street. The building was evacuated, but the fire did not spread inside and there were no injuries, according to Waldoboro Deputy Fire Chief Dale Smith.

A cigarette butt is believed to have caught a corner of the building, outside an entrance, on fire, according to Smith. When firefighters arrived, they put water on the building to make sure it was fully extinguished. 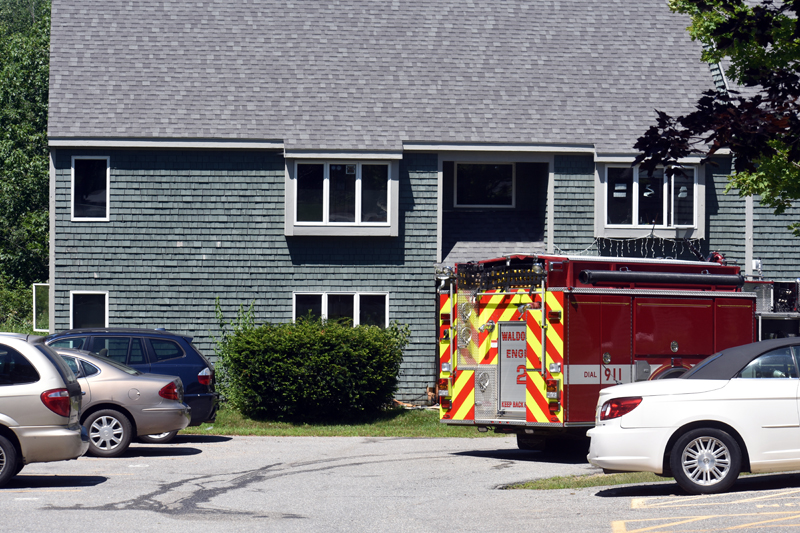 “We were able to pull the wood back and make sure there was no extension,” Smith said.

Smith said it was fortunate the fire was extinguished quickly, noting the lack of fire stops between apartments in the building.

The Bremen, Damariscotta, and Jefferson fire departments were dispatched, but Smith canceled the aid upon arriving at the complex.