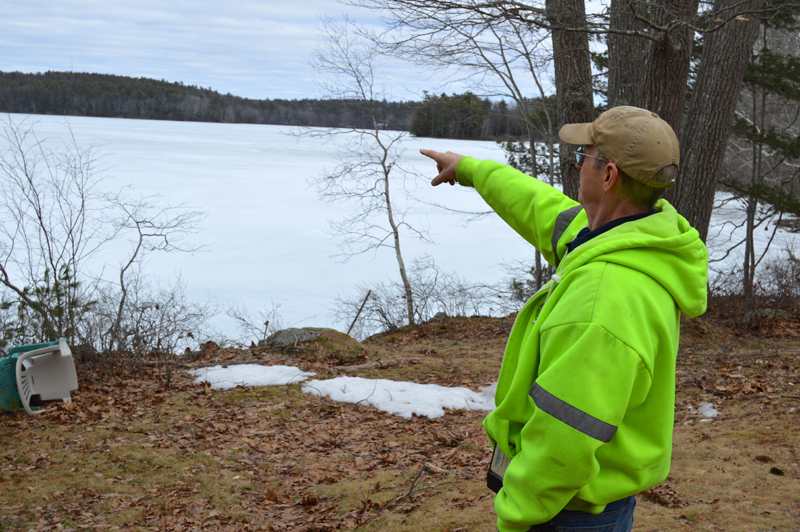 The early fundraising efforts of the Clary Lake Association have amazed members and encouraged them on to their goal of $80,000 to purchase the dam and restore the lake’s historical water level.

As of the evening of Monday, April 9, the association had raised $34,450, with $1,000 received shortly before a phone conversation with association Secretary George Fergusson.

Fergusson said the day after the association approved the purchase last week, the association sent out letters requesting the minimum amount for the property and an additional $10,000 for legal fees and temporary repairs to the dam.

“It’s coming together very quickly,” Fergusson said. “It goes to show the amount of support there is to end this siege.”

The mill owner, Aquafortis Associates LLC, had appealed the order to Superior Court.

“We will raise up the water level to where it was historically, what we have been used to,” Fergusson said.

The DEP would have to approve the sale of the dam to the association, and the association would be subject to the conditions in the 4-year-old water-level order, which met resistance from the dam and mill owners.

Aquafortis LLC, represented by Richard Smith, of Camden, had until March 19 to appeal Billings’ decision, but did not.

The dam owner, Pleasant Pond Mill LLC, represented by Paul Kelley Jr., of Camden, filed for bankruptcy in November 2017. It had been an appellant in the legal case until its bankruptcy filing.

The trustee appointed in the bankruptcy proceeding in federal bankruptcy court in Bangor has agreed to the association’s offer of $80,000 for the dam property, Fergusson said.

Fergusson said the association would also make an offer for the small red mill building adjacent to the dam, although it is not part of the bankruptcy estate.

He envisioned its use as a possible clubhouse for the association, among other potential purposes.

Fergusson joined with other lakefront property owners seven years ago to petition the DEP to correct the situation on the lake, which lies partly in Jefferson and partly in Whitefield.

Now the fundraising for a long-awaited solution to the problem has taken off.

Fergusson said that although the association seeks a minimum of $90,000, it will doubtless need more to make permanent repairs to the dam and pay for its maintenance.

“We can’t raise too much money,” he said.

“It has affected the value of my property,” Rubin said of the drop in water level. He cited impacts on his enjoyment of the property for fishing, spending time on the water, and hearing the cry of loons.

“All that has changed,” he said.

The lower level of the lake over the past several years has impacted about 300 acres of wetlands around the manmade lake, which historically totals 680 acres.

Up until January, Pleasant Pond Mill LLC had not paid property taxes since 2015. The town waived foreclosure of the dam property largely because of the “legal quagmire,” according to Aaron Miller, the town’s administrative assistant.

“We were looking at the better interests of the community as a whole,” Miller said.

However, in January, Pleasant Pond Mill LLC paid the back taxes, $838.53, thus eliminating the town’s claim to the property.

(Clarification: An earlier version of this article online and in the April 12 print edition reported that both AquaFortis Associates LLC and Pleasant Pond Mill LLC are responsible for the operation of the Clary Lake Dam and subject to the Maine Department of Environmental Protection’s water-level order.

According to Billings’ Feb. 26 decision, the DEP “found that AquaFortis owns the mill complex, property abutting the Dam, and a structure sitting on top of the Dam, but the DEP did not make an explicit finding of whether AquaFortis is in control of any water flowage rights … Instead, it states that if AquaFortis controls any or all of the flowage rights, it is bound by the (water-level order) along with (Pleasant Pond Mill LLC).” The decision did not address whether AquaFortis controls the dam.)