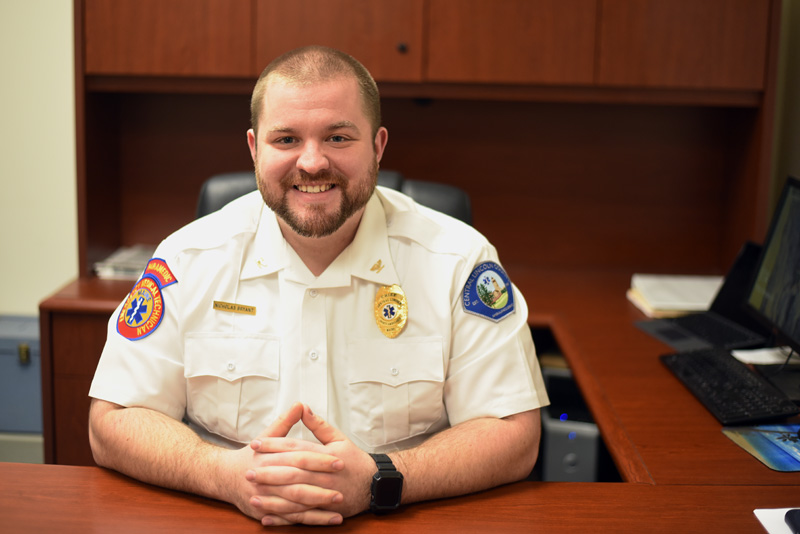 Bryant, of Bristol, started working at the ambulance service as an emergency medical technician in 2010. In 2014, he became a paramedic after attending Kennebec Valley Community College. He has also worked about one shift a week at Waldoboro Emergency Medical Services since 2012.

“I always knew I wanted to work in fire or EMS in some capacity. I just didn’t know where it was going to be,” he said.

Bryant grew up in Bristol and graduated from Lincoln Academy in 2008. He joined the Bristol Fire Department when he was 16 years old and graduated from Southern Maine Community College with an associate degree in applied fire science in 2010.

Bryant said he chose to make the ambulance service his career because of the amount of potential he saw in the organization.

“The crew was so wonderful,” he said. “Getting to work where you grew up is a real privilege.”

“It’s exciting and it’s been kind of humbling the support I’ve received from different members of the community,” he said of stepping into his new role. “We have such a great crew here. That’s really our strength. We have great equipment, we have a lot of great things here, but really the best thing is the crew and the quality of care they provide.”

Bryant said that as chief, he will focus on creating one-year and five-year plans for the agency and on monitoring its budget. 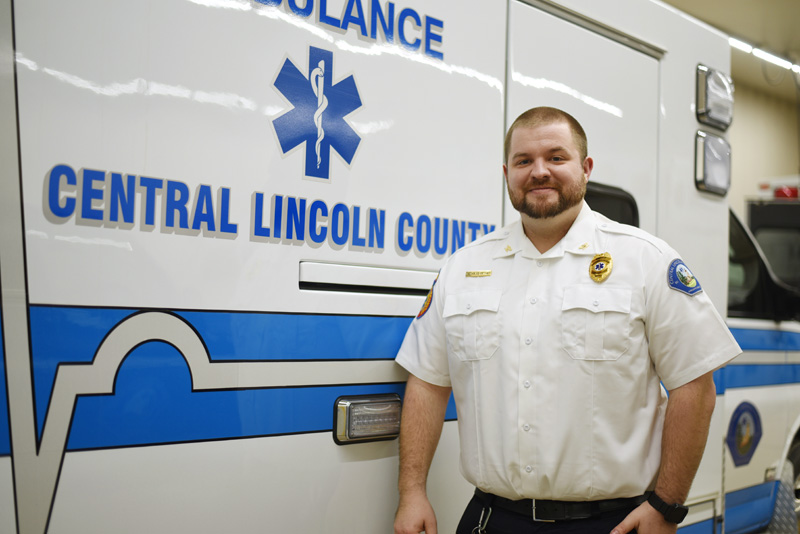 Bryant and other representatives of the service have recently been presenting their annual requests for contributions from member towns, an overall increase of $130,000 spread among the six towns. The increase is due to health care providers becoming more strict about transports for insurance reasons, leading to a decrease in revenue from nonemergency patient transports.

Bryant said that, especially with the need to request a large increase in member towns’ contributions, part of his job will be to go through the budget and make sure the service is only spending money on what it really needs.

“It’s really just making sure we’re continuing to be fiscally responsible and trying to put money away into a capital reserve to buy a new ambulance,” he said.

Bryant said the service hopes to buy a new ambulance in the next year or two, which would replace a 2010 Ford.

The service currently has five ambulances and a “fly car,” which it uses primarily for community paramedicine.

Bryant said the service plans to host an EMT class at some point this year in the hope that more local people will earn their certifications.

“It doesn’t have to be your occupation. A majority of our staff are part-time employees,” he said.

Bryant said he enjoys the job because of the “sense of serving community.”

“That’s why I joined the fire department when I was 16 and it’s ultimately why I stayed here,” he said. “It’s really nice to help improve EMS in Lincoln County.”

“I think we’re in a good place going forward. I think a lot of good things are going to happen here over the next few years,” he said. “We’re going to continue to improve the level of care that we provide.”

For more information about CLC Ambulance, go to clcambulanceservice.org.