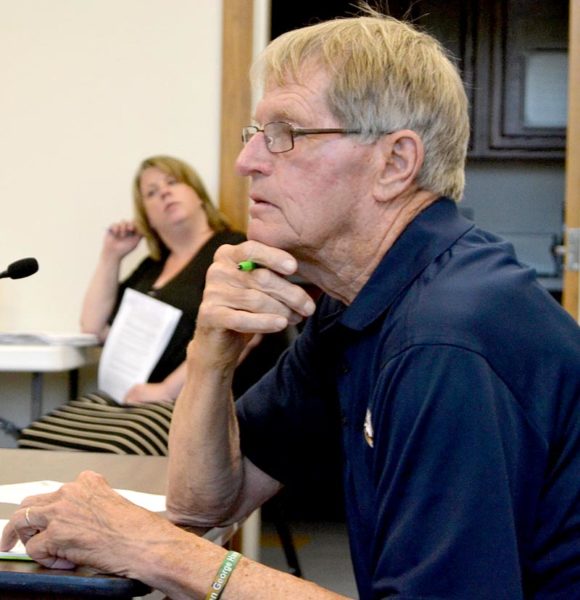 The acquisition of a generator has led to the ongoing development of a cooperative emergency management agreement between six towns in central Lincoln County.

The Damariscotta Board of Selectmen was the first such board to approve and sign a formal agreement that authorizes Damariscotta Civil Emergency Preparedness Director Steve O’Bryan to work with officials from Bremen, Bristol, Newcastle, Nobleboro, and South Bristol to create plans for an area-wide response to natural disasters and other major emergencies.

Earlier this year, the town of Damariscotta acquired a 30-kilowatt diesel generator for use in a range of scenarios, including to power parts of Great Salt Bay Community School if the building needs to serve as an emergency shelter.

The generator is portable and can be used wherever it is needed, Town Manager Matt Lutkus said.

The acquisition led the town to start thinking beyond its own boundaries, Lutkus said.

“We thought we ought to see if there were other towns in central Lincoln County that would want to come together to have an emergency shelter we could all use,” Lutkus said. “Rather than having each town have to find their own generator and shelter, let’s work together.”

Emergency management directors from the six towns met in April and June to discuss how the towns could work together. Representatives from the Lincoln County Emergency Management Agency also attended the meeting, according to Lincoln County EMA and Communications Director Tod Hartung.

“In the time I’ve been in this, we’ve never had an instance where people have had to go to an overnight shelter,” Hartung said. “We’ve been very fortunate, but sooner or later there will come a time when things are going to change.”

Hartung said the county agency is working to establish community shelters across the county in order to provide “the best outcome for the most amount of people.”

A formal agreement, known as a memorandum of understanding, was developed to be signed by each town’s board of selectmen. Under the agreement, the emergency management directors, public safety officials, and other municipal officials from each town would work together to develop recommendations for an area-wide response to natural disasters and other emergencies

The recommendations of the group, which would be known as the Central Lincoln County Emergency Management Agency Committee, would also include designating a centrally located facility to be used in the event of an emergency.

With cooperation from state and county agencies, the committee would also conduct multi-agency table-top exercises and emergency planning activities.

In addition, the committee would seek funding for equipment and other needs, as well as pursue other activities to improve the towns’ abilities to respond to area-wide emergencies.

The committee will not become its own agency separate from Lincoln County EMA, Lutkus said.

“Lincoln County EMA, especially (Assistant to the Director) Casey Stevens and Tod Hartung, have been very supportive of this,” Lutkus said. “They have been great partners and a tremendous resource.”

Lutkus said there is not a financial commitment for the towns at this point. As the organization is developed, the EMA directors from each town would make budget recommendations to their respective boards, such as if funds are needed as a local match for grants.

“All this says right now is that we will work with other towns in regards to emergency preparedness planning,” Lutkus said.

The Damariscotta selectmen voted unanimously to sign the agreement. EMA directors in other towns are expected to make similar presentations to their respective boards, Lutkus said.

The board also discussed and approved updates to the Lincoln County Hazard Mitigation Plan. Lutkus said Damariscotta has 11 projects in the plan, including obtaining a permanent back-up generator for GSB.

The generator included in the plan would be “much more powerful” than the one the town recently acquired and have the ability to power the entire building in the event of an emergency, Lutkus said.

In the event a dedicated generator for GSB cannot be located, the acquisition of a generator for the CLC YMCA is also included in the plan as an alternate.

“We have a lot more control of another public agency that is part of the town government,” Lutkus said. “We would be working with our counterparts at the school for any type of emergency. Working with a private nonprofit would be a bit more difficult to coordinate these efforts.”

O’Bryan said officials at the YMCA told him that the facility is a couple years away from considering the addition of a generator.

“We had it in there before, because they weren’t doing the big renovation,” O’Bryan said. “We left it in to identify it because it is our secondary shelter.”