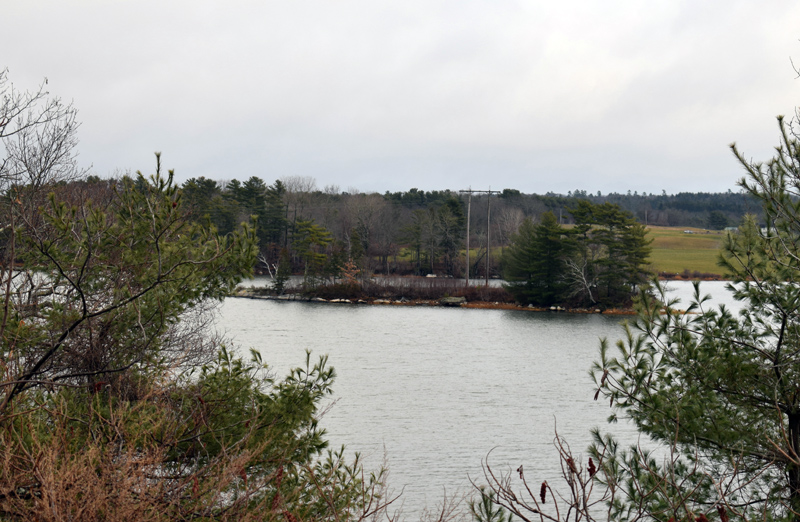 Central Maine Power Co. is exploring the possibility of building a floating road to this island in Great Salt Bay in Newcastle. CMP needs to replace the poles, according to Newcastle officials. (Evan Houk photo)

Central Maine Power Co. may build a temporary “floating road” to enable repairs on an island in Great Salt Bay in Newcastle.

The Newcastle Board of Selectmen granted CMP a permit related to its exploration of the project Monday, Nov. 18. The permit grants CMP access to a town property on Mills Road, a former landfill, for surveying purposes.

According to CMP’s request to the town, the permit is necessary to conduct “environmental and preliminary engineering evaluations” for the possible construction of the floating road.

Town Administrator Jon Duke said that if CMP moves forward with the project, it would have to pay to lease town property for the seven to eight weeks of work.

Newcastle Road Commissioner Seth Hagar said CMP needs to replace the poles on the island. According to CMP, the island is important to its local infrastructure.

“It’s like four weeks to build it to get out there, two or three days worth of work, and then four weeks to take it all back out,” Hagar said.

Hagar said the island is so critical that CMP is talking about using generators to power Bristol’s substation in case of a problem in Newcastle.

“This is a big moving wheel,” Hagar said.

Duke said the permit is only the first step in the process and the selectmen will meet with CMP next month to discuss the matter further.

If the selectmen agree to allow CMP to move forward, construction would not begin for approximately eight months, Duke said. 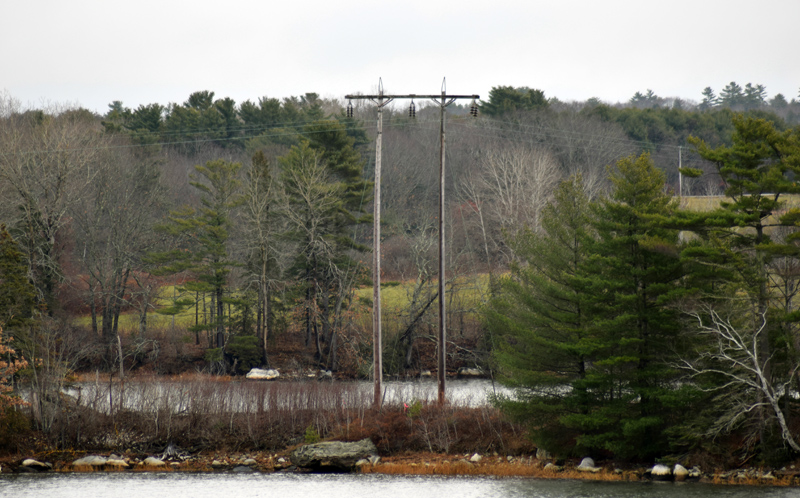 Central Maine Power Co. poles tower over the trees on an island in Great Salt Bay, Newcastle. CMP is exploring the possibility of building a floating road to the island to replace the poles. (Evan Houk photo)

Hagar told the selectmen he does not feel comfortable paving North Newcastle Road this year because of the cold and rainy conditions. He said there are four areas he would like to patch up for the winter.

Hagar said the road has been ditched, ledge and stumps have been removed, and shoulders have been created on both sides to allow for proper drainage.

One unanticipated aspect of the project, Hagar said, was the replacement of seven cross culverts and two driveway culverts. He said this was necessary to obtain proper drainage.

In notes to the selectmen, Hagar said the culverts were not budgeted for and will impact the scope of work elsewhere.

Selectman Joel Lind said that because of residents’ concerns, the contract for North Newcastle Road was delayed, postponing when Hagar could begin work on the road.